If you’ve ever had a one night stand and regretted it, spare a little thought for the Aztec god of alcohol, Mayahuel, and the god of fermentation, Petecatl. After they drunkenly hooked up, she ended up giving birth to 400 rabbits.

We can only imagine the look on the midwife’s face.

It’s in this spirit – the union of alcohol and fermentation – that a couple of plucky London restaurateurs decided to open 400 Rabbits, which specialises in beer and sourdough. And those two things can be found in plentiful amounts at their outpost at Brockwell lido, an Olympic-sized unheated swimming pool, that after 80+ years of business (it opened back in 1937) has become something of a South London institution. 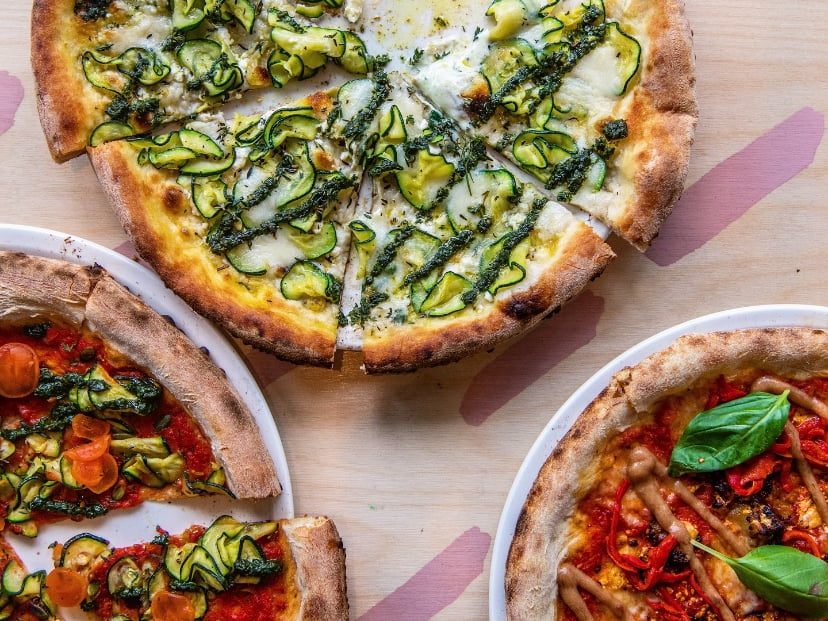 The poolside space is housed in the lido’s own Grade II listed Art Deco building and looks suitably retro-chic, with splashes of cooling turquoise on the walls and a balmy terrace next to the water’s edge – we’re talking palm fronds, festoon lighting, and a bamboo awning (just in case).

The sourdough comes predominately in the form of pizza, and the pizza is divided up between three categories: cheesy, meaty, and vegan. And they have a whole lot of both classic and not-at-all-classic ingredients topping them, from the likes of semi-cured chorizo with pickled red chillis, to things like chimmichuri, crispy shallots, rhubarb (seriously), or habanero jam. 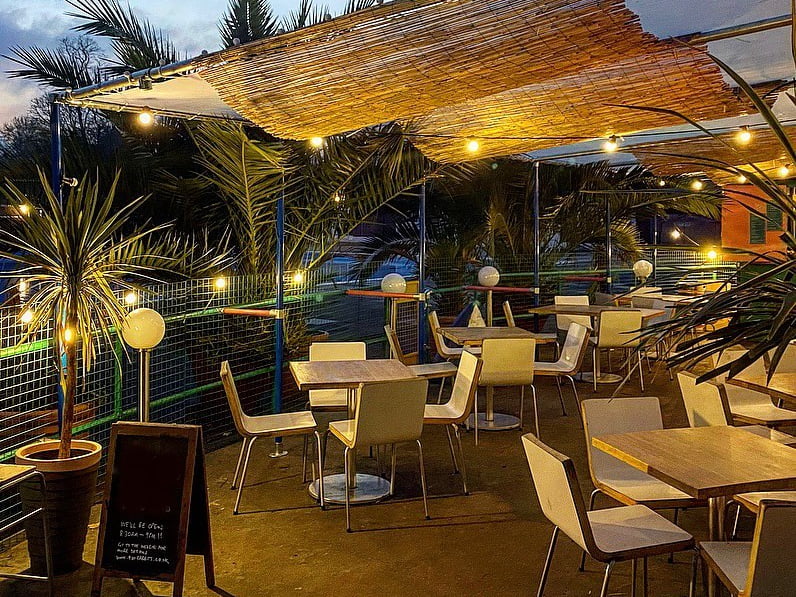 To follow, they have a pleasant re-opening surprise. To put it in their words: “Most people spent lockdown learning how to do sourdough, and we already know how to do that… so we learned how to make gelato instead”. That means tubs of milk chocolate, blood orange sorbet, Black Forest, pistachio, salted caramel, Eton mess, lemon meringue, and more.

And finally, there’s the booze. They’ve got a few cocktails (a negroni here, a Campari Spritz there) as well as some Borough Wine on tap, but it’s allll about the beer. The taps are always pouring something interesting, and it’s a constantly rotating lineup from breweries like Burning Sky, Siren, and the Wild Beer Co. In fact, the only other thing with this many hops is a very large group of rabbits.