In terms of reputation, Greek wine doesn’t have nearly the same clout as Greek food.

Which is a pita.

Because the fact is that, reputation aside, a great deal of Greek wine is actually very, very good. And Ampéli is here to help demonstrate in the most delicious way possible.

You’ll find it on restaurant nucleus that is Charlotte Street. And considering that there are only a couple of tables visible from the street itself, Ampéli is deceptively large. Wandering in through their cosy-looking, taverna-style terrace, you’ll very quickly become aware that the space actually expands out to three floors of booths & tables, all dressed in a handsome pale green and lit by subtle under-lighting. 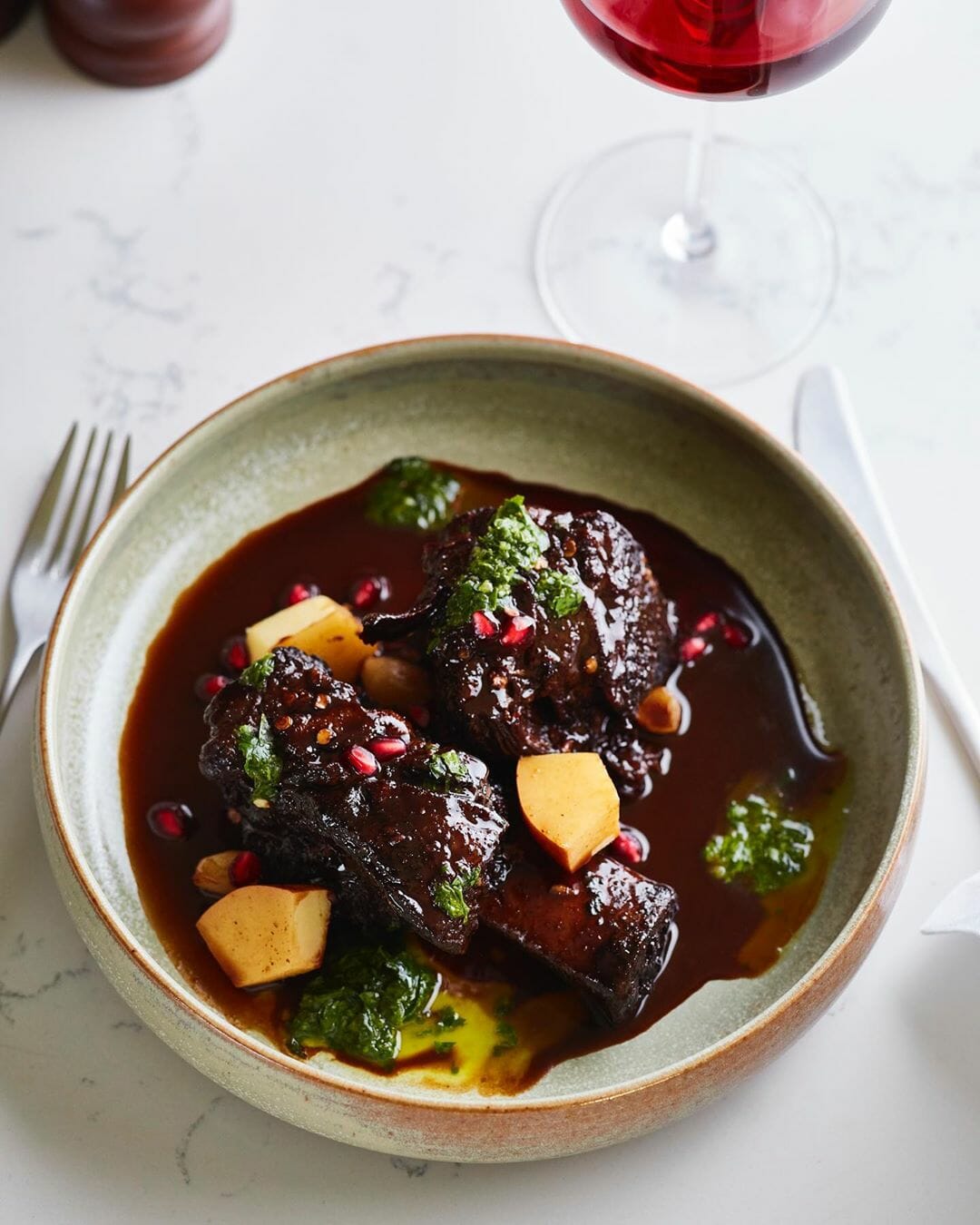 The menu is all put together by Head Chef Oren Goldfeld (previously at Nopi), who has crafted some truly lovely dishes. A plate of gleaming, cured sardines is brightened further with a fragrant lemon verjus. The creamy smoked taramasalata is a Greek-style white (not supermarket pink) and comes with with pickled jalapeños & crisp flatbreads. There’s a meltingly soft beef short rib that’s been burnished with jewel-like pomegranate seeds, and cooked slow in date molasses so as to essentially disintegrate when pressed with the fork.

And for dessert? You’d be making a terrible error if you left without trying the loukoumades – little Greek doughnuts – that are draped in mountain tea syrup, and served with a poppy seed custard. They’re like little clouds compressed into a perfectly crisp, light shell.

Then – of course – there’s the wine, which is a lot more than just a supporting act. Greek wine is having a moment right now, and the nation’s young scene of dynamic producers is taking full advantage. Here you’ll find a list that’s predominantly made with grape varieties that are indigenous to the Greek mainland and its many islands, with a lot that you’ve likely never come across – but trust in the somm, and you won’t be disappointed.

There are gems in there to be unearthed.

NOTE: Ampéli is open seven days a week, for lunch and dinner. You can book a table and find out more at their website right HERE.

There’s already a little competition, it seems… Meraki is basically right next door.