Chantelle Nicholson is one of those chefs who’s done so much, opened so many places, and won so many awards, she has her own Wikipedia page.

And now, she also has a new restaurant, too.

It’s called Apricity, and it’s on a remarkably tranquil corner of Mayfair just a hop and a skip away from the bustle of Bond Street. The idea is for it to “pioneer the principles of a circular economy”, which basically means it’s driven by social & environmental responsibility, which in turn basically means that the menu is sustainable, hyper-seasonal, and zero-waste. Nicholson’s already won a Green Michelin Star (which rewards efforts towards sustainability) for her work at her former restaurant Treadwells, so that whole ‘pioneering’ claim isn’t just big talk. 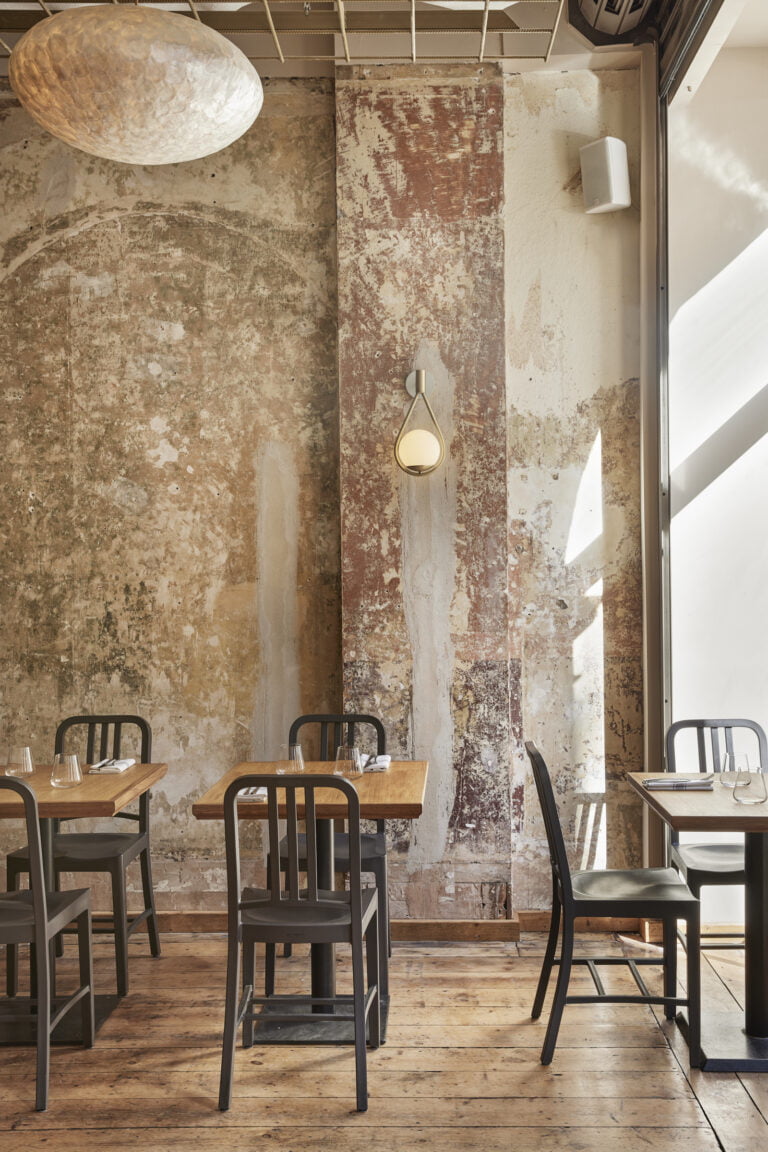 Hell, even the inside of the place is waste-free – the restaurant sits in the shell of a former fashion outlet, which has just been stripped back to the base plaster, with some greenery & snappy light fixtures hug from an overhead trellis. And as with any good fashion outlet, there are already floor-to-ceiling windows to flood the place with light in the main dining room upstairs, while downstairs is the open kitchen and the intimate chef’s table, where you’ll see Nicholson herself working.

The menu she’s put together (along with Head Chef Eve Seemann) by its very nature, changes a lot. But the bounty of the circular economy has provided an opening selection of dishes including Isle of Wight aubergine with zhoug & roasted almond butter; Miso-cured spring cabbage with smoked hemp cream & black garlic ketchup; Devon pork presa with braised blade, caramelised creamed kale, and spring onions; and a pudding of nettle & rapeseed sponge with lemon basil. There’s that chef’s table too, which comes in either meat or plant-based varieties, and comes in at a thoroughly reasonable £65 for five courses (tip included). 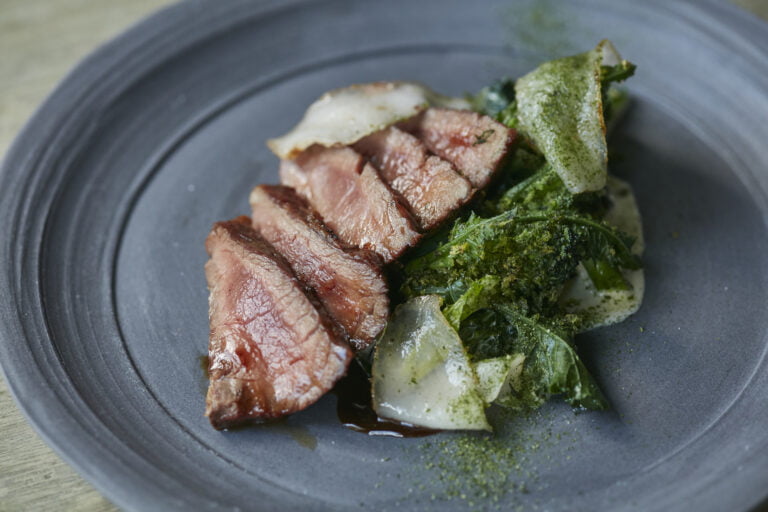 And finally to drink, as you might expect, there’s a list of low-intervention wines (mostly from Britain), as well as some zero-waste cocktails making use of any leftover kitchen ingredients, for example, the miso & brown sugar rum old fashioned, or the Rhubarb & foraged herb vodka collins. Hell, even the lager is made from leftover bread.

Just make sure you don’t end up getting wasted.

NOTE: Apricity opened on 12th April. You can find out more at the website, and make a reservation, right HERE.

Making a night of it? Check out Mayfair’s best bars…