It’s tough to come up with an original joke about reboots.

So we’ll just have to take an old one and put a new spin on it.

Although to say that the folks at the JKS restaurant group have merely rebooted the Arcade food hall at Centre Point is underselling it just a tad. They’ve given it a top-to-bottom transformation complete with globe-spanning restaurants, first-class cocktail bars, and a games room with pool, ping pong, and a machine that pops out Old Fashioneds at the touch of a button. 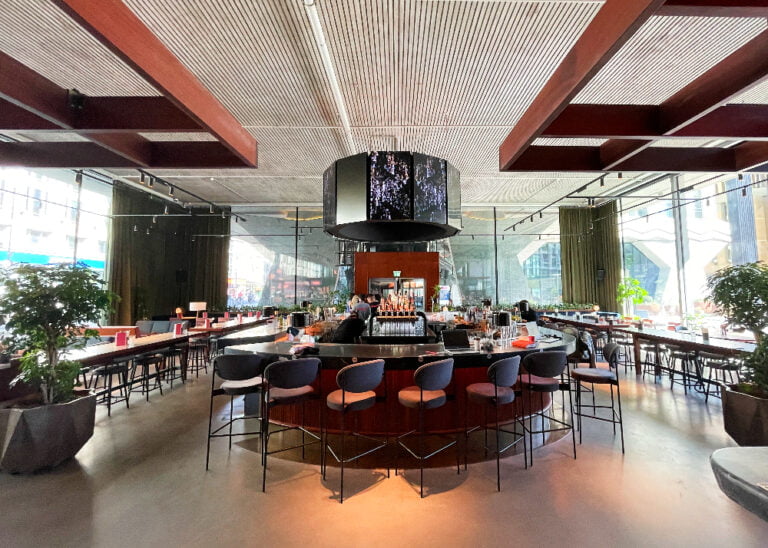 You’ll find it at the base of Centre Point, putting it right in the centre of London, if indeed London can be said to have a centre. The space is quite something. As you might imagine it’s huge, centred around a cocktail bar capped by a halo of digital art screens. Surrounding that is an expansive canvas of marble topped restaurant counters, relaxed seating areas, and a giant, kaleidoscopic light installation that dangles down from the ceiling through the stairwell. 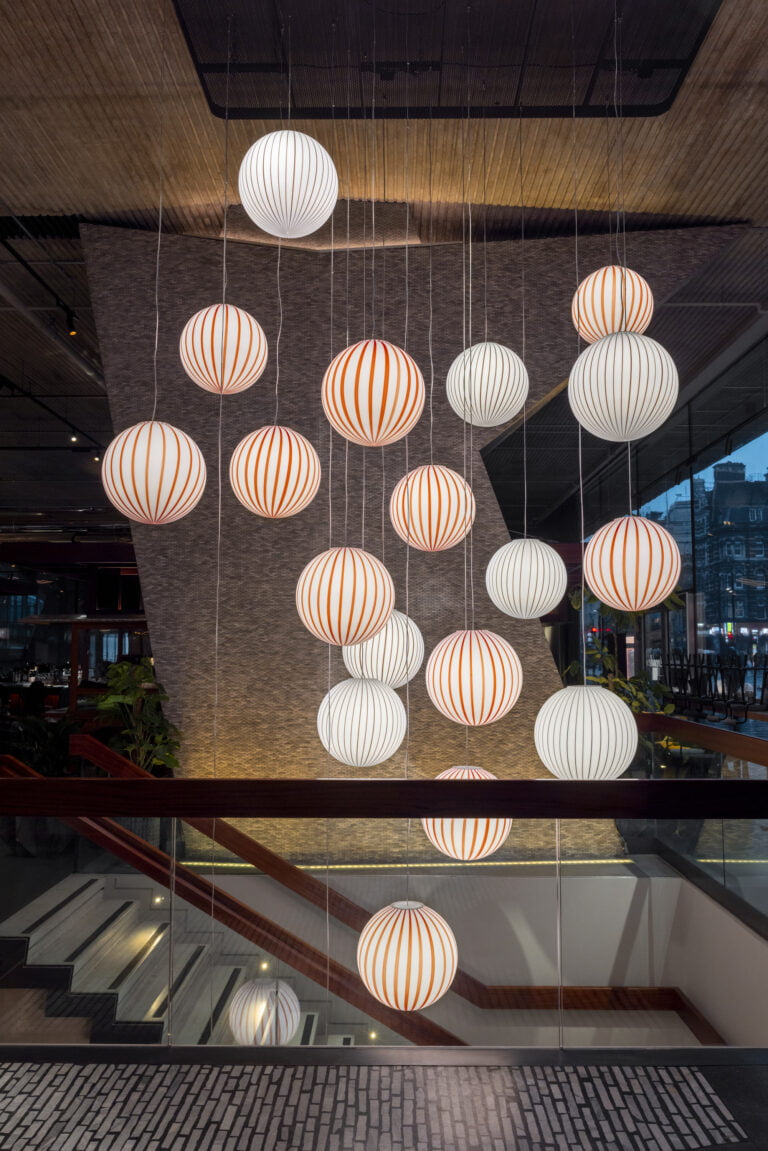 You may already know the JKS group from their early work (including Michelin Starred venues like Gymkhana, Lyle’s, and Kitchen Table), or their more recent hits (including the excellent BiBi and Sabor). But basically, they know how to run a restaurant. Here, they’ve created what they’re calling it a “digital food hall”, in which instead of getting a buzzing pager or a text message telling you to pick up your order, now the food will simply come to you. Maybe they’ve stumbled across the future. Or maybe they’ve just invented the waiter. But the point is that you can book a table, sit down, and peruse a single menu with nine restaurant’s worth of food on it. Good ones, too. 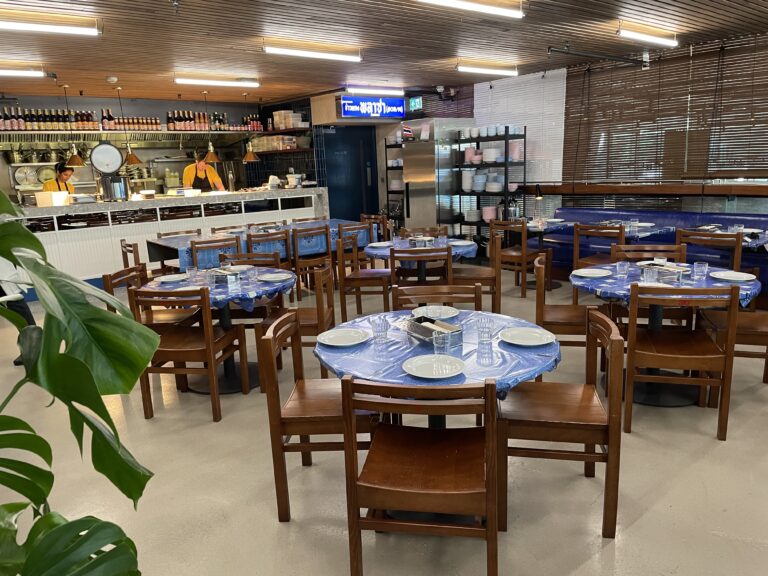 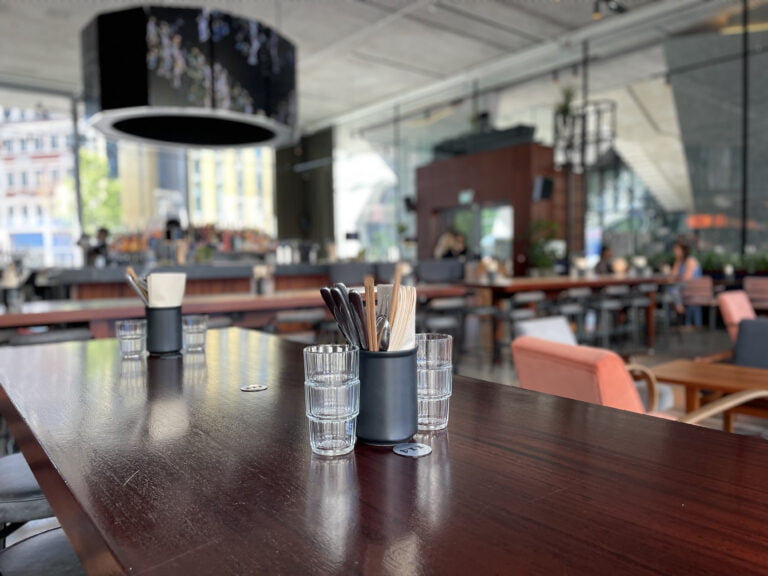 It’s all open from break of day until late in the evening, with something for any hour, including cocktail hour – you can expect anything from a Som Tam Mojito, to a “Provence” Cosmopolitan flavoured with Gujarat rose. Parked above the main entrance, they’ve installed a DJ booth (with a little ladder for the DJ), and as mentioned, the sandwich counter turns into a negroni bar by night. 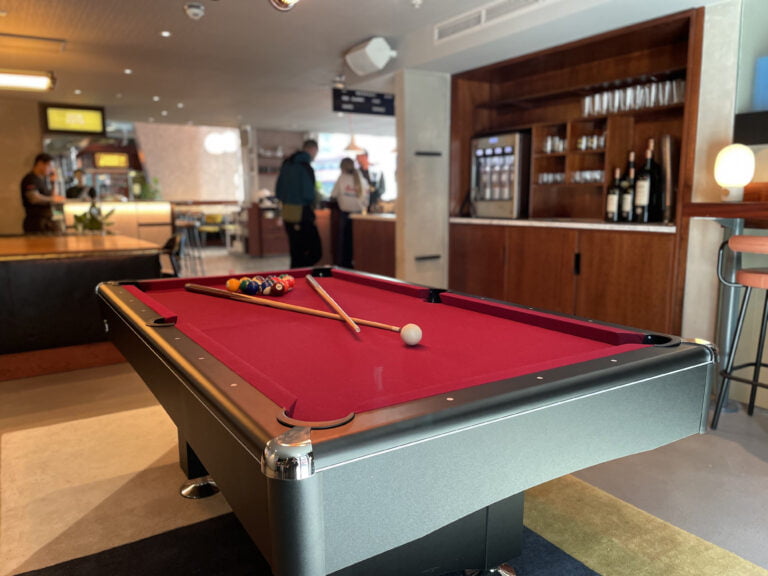 And as for that games room? Well, it’s free to play, so long as it’s not booked – you can rock up and take in a round of pool, then ask for the table to be flipped upside down for ping pong. And if you head downstairs, you’ll see a pair of old-school arcade machines, where you can indulge in a free play from dozens of vintage titles. 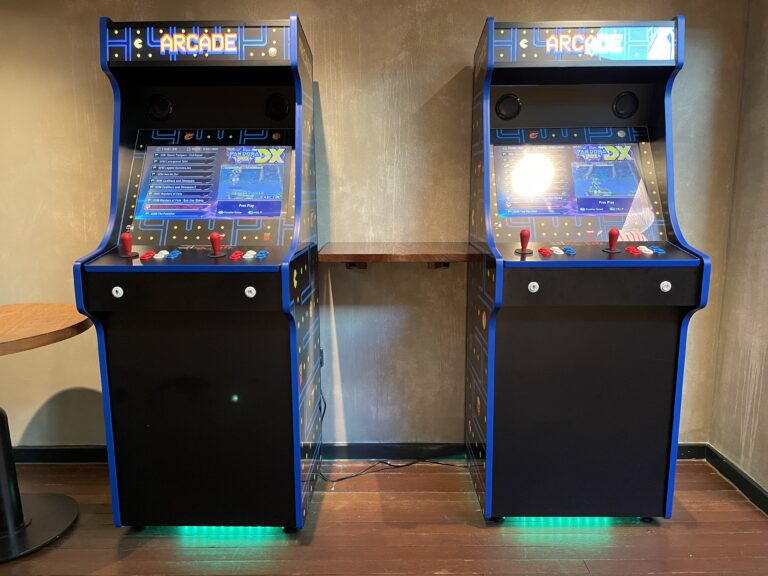 Yes, some of Arcade’s games are arcade games.

NOTE: Arcade Food Theatre re-opened on 22nd April 2022.  You can find out more, and make a booking at the website right HERE.

Arcade makes a great place for a quick bite… before checking out one of London’s best theatre shows running now.