Bancone is Italian for counter.

And now, that counter’s gone up to two.

Now it’s freshening up Soho too, having taken over the old Foxlow site on Golden Square. They’ve taken an already light space, and filled it with more bancone seating – this time, for almost 100 – added some mirrored walls, and installed a fully grown olive tree in the centre (then wrapped a table around that, too).

It’s a good spot to take someone you want to settle an old tiff with.

To ensure they follow up on the mountains of critical acclaim (and the Bib Gourmand from the Michelin man), they’ve bussed in Italian Michelin-Starred chef Claudio Melis to create the menu. He’s putting together antipasto like honeyed garlic focaccia, some rich Gorgonzola-filled fried polenta with leeks, coppa & nutmeg, and whole burrata with radicchio and squash. 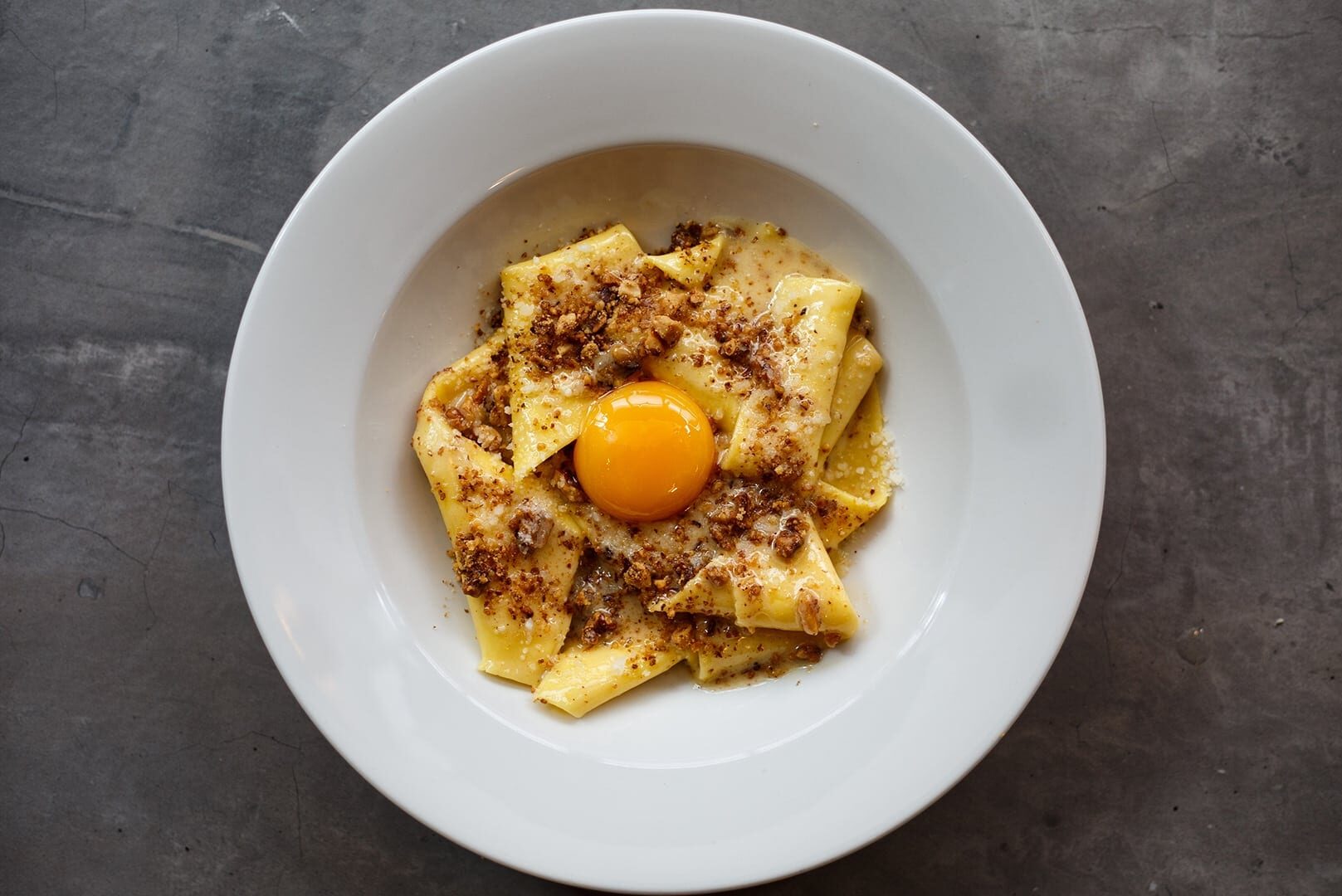 Then there’s the pasta. It’s all made daily, and it includes their famed ‘silk handkerchief’ pasta with walnut butter and cured egg yolks, as well as their bucatini cacio e pepe, and some hearty ox cheek ‘mezzaluna’ ravioli with port butter and chives… to name but a few.

And specially for this site, they’ve also added some monthly rotating non-pasta (gasp!) specials, kicking off with crispy suckling pig belly with apple & hazelnut, or a pan fried stone bass with samphire and sweet & sour beets.

And finally, there’s the subterranean bar, where you can score something from their hefty wine list, as well as a cocktail like their Amaresso Martini: it’s a bit like an Italian-style espresso martini, made with amaretto & ground almonds.

Just in case you feel like drinking under the tables.

NOTE: Bancone Soho is open daily, 12pm-11pm (9pm Sundays). You can find out more, and make a booking at their website right HERE.

Like dining in central London? Peruse our guide to the best restaurants in Soho