You’ve got to be careful with tapas.

Mess around with it too much, and you end up with pasta.

Luckily, Neuza Leal and the chefs at Bar Douro know exactly what they’re doing. Tucked away under the train tracks leading to London Bridge, next to Where The Pancakes Are, is where the Portuguese small plates are, occupying a cosy nook nestled under one of the railway arches.

Which is fitting, because you’re about to be seriously transported.

Based on family ties and a childhood in Portugal, Bar Douro’s founder, Max Graham, has created an homage to Portuguese small plates or petiscos, and it’s an experience that starts with the surprisingly airy setting and its feature wall of azulejo tiles. It’s all counter seating here, either perching at a sleekly curving marble bar overlooking the square, or at the tiled counter fronting the broad open kitchen that stretches the length of the space. It’s here that they plate up: 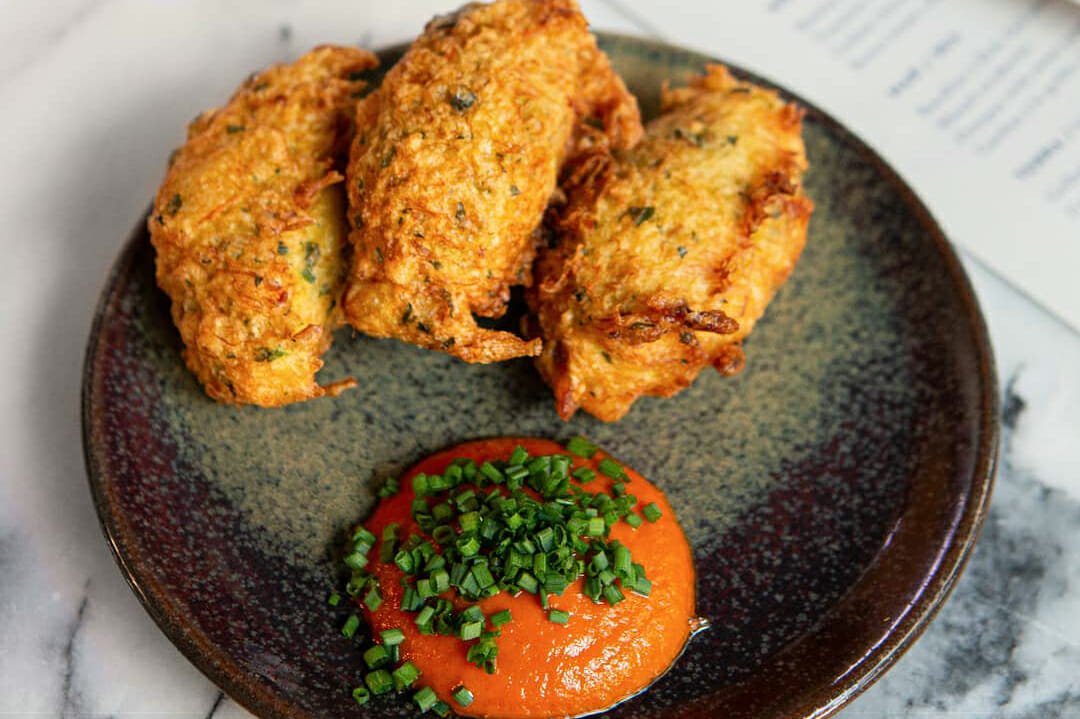 The menu is effectively a roll-call of Portugal’s finest dishes, and is divided up into small bar snacks and more substantial sharing plates, from which you can mix & match numbers like salted cod hash; garlic prawns; and a meltingly good pork presa Ibérica with kale & migas. Of course there’s also a lot of cheese too, and it can helpfully all be loaded onto a single cheeseboard if you can’t quite decide which to get. And to finish off, there’s a succinct list of desserts crowned by the pastel de nata, served here with cinnamon ice cream.

Drinks get equally careful attention, with a spread of directly imported, small producer Portuguese wines sold by the glass, listed alongside a handy map describing each region’s typical flavours – unsurprising since Graham comes from a family of winemakers. Naturally there’s a good selection of port too, as well as a few, slightly moreish cocktails…

Just try not to get too messed up either.

NOTE: Bar Douro is open for lunch and dinner Mon-Sat. They are predominantly a walk-in restaurant, but you can book online HERE.

Like your small plates? Try the Indian dishes at Kricket