Get it wrong, and you just end up with pasta.

But get it very right, and you end up with something like Barrafina – the Michelin-starred, critically lauded restaurant that’s notoriously difficult to get a seat at.

Although that’s just changed, because brothers James and Sam Hart have opened a fourth Barrafina in the new King’s Cross development, Coal Drops Yard. The place has 40 covers at the dining counter, plus another 60 on the terrace outside (separately named Parrillan, and opening next Spring), making it their biggest branch yet – though they still aren’t taking reservations. For the particularly determined, however, there’s always the private dining room, bookable for up to 24. 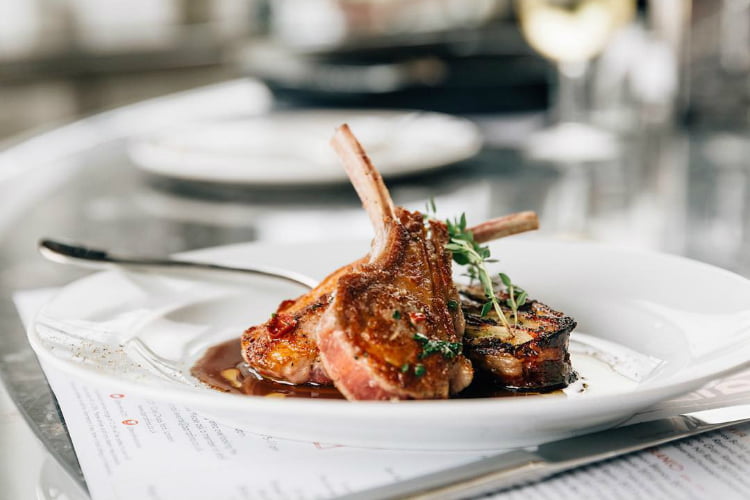 The menu here comes courtesy of their highly talented executive head chef, Angel Zapata Martin. He’s drawing on his childhood, and later experience at the triple Michelin-starred Can Fabes, to put together an all-Catalonian set of dishes.

That explains the mar i muntanya section of the menu; a traditional part of Catalonian cuisine taking ingredients from the sea and the mountains. Dishes include black rice with Iberian pork ribs and artichokes; sea cucumber and chicken oyster picada; and a cazuela (hotpot) of pig’s trotters and prawns. But the desserts will challenge all your powers of restraint with lionesas (Catalonian profiteroles) served with vanilla ice cream and chocolate sauce; a rice pudding with tonka bean and cinnamon; and platano canario ice cream, a Canary Islands speciality.

All this is a mere third of the openings they’re behind at Coal Drops Yard: they’ve also launched a spin-off of their Borough taqueria El Pastor with pal Crispin Somerville called Casa Pastor, and a new wine bar called The Drop…

It’s worth dropping by.

NOTE: Barrafina King’s Cross is open for lunch and dinner daily. It’s walk-in only (unless you hire out the private dining room), and you can find out more at their website right HERE.

Like being the first to hear about London’s restaurant news? Check out our guide to the best London restaurants opening soon