The relevance of which will become clear later. Trust us.

For now, let’s all just focus on the fact that it’s the centrepiece dish at Berber & Q Shawarma Bar – beloved by Avengers, Middle Easterners, and very-near-Easterners (in Haggerston, to be precise) alike, it’s essentially a delicious, verrrry slow roasted farmyard animal thrown into a pita with equally lovely herbs, spices, sauces, and veggies.

Dropped neatly into the middle of Exmouth Market, the restaurant itself sticks with the rough, unfinished-chic veneer of the B&Q original, with rusted Middle Eastern street signs on the walls, distressed wooden tables, Moroccan tiles lining the floors, and huge bi-fold windows looking out on to the market.

The real star though, is the grill sitting in the open kitchen. It’s here that the shawarma happens, with slow-roast lamb and rotisserie chicken being the stars of the show. You’ll get them on a plate (or in a lentil/rice bowl) with your grilled pita so you can ‘wrap it yourself’ with sides like pickles, confit potatoes, blackened aubergine – then douse it with sauces including their housemade ‘Yemenite Dynamite’, tahina, or toum. 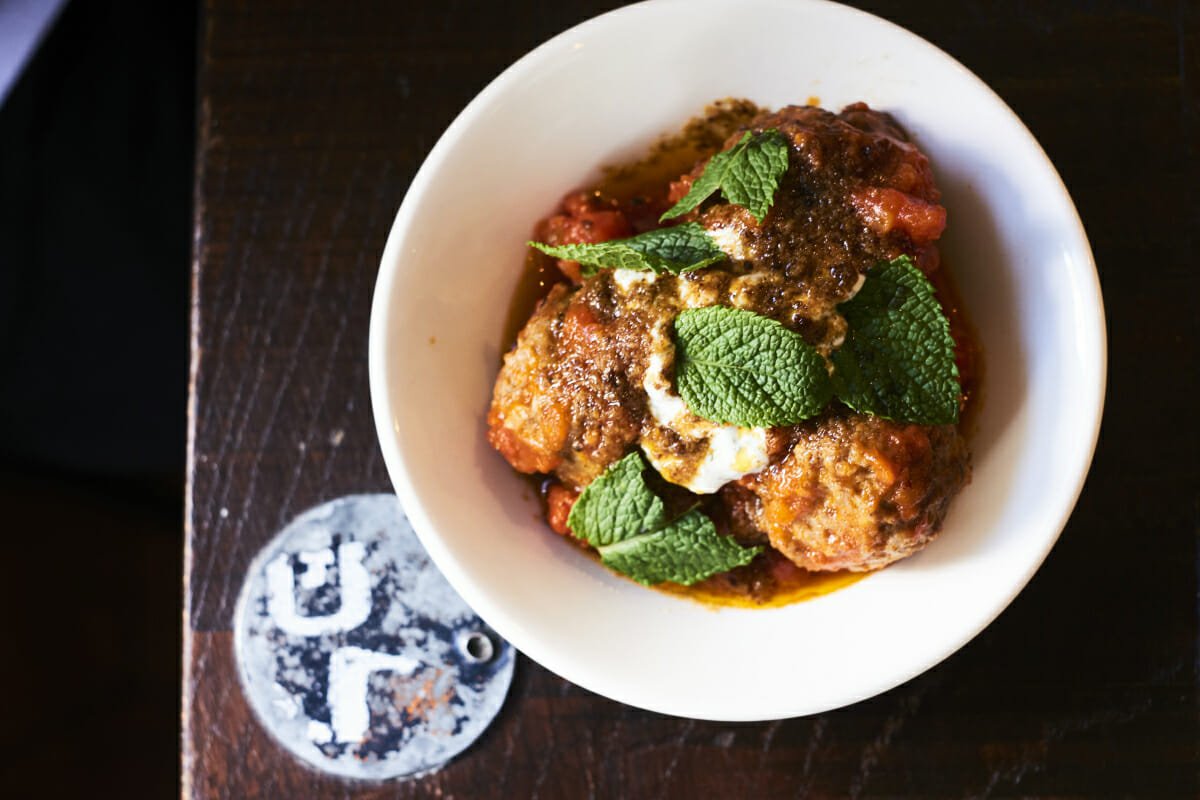 After that, if you’re in the mood for something sweet, and well as a completely novel experience, you can snag an ice cream pita sandwich, with tahini soft-serve, and caramelized banana.

And speaking of novel experiences, the drinks menu is hardly run-of-the-mill either; they have Middle Eastern frozen slushie cocktails as well as their very own Berber & Q’s Golden Ale on draught, made with thyme, za’atar, sumac and orange zest, and you can get it in pints or 1.7 litre growlers.

NOTE: Berber & Q Shawarma Bar is open for lunch and dinner, Monday-Saturday. They primarily take walk-ins and takeaways, but you can also book HERE.