Kebabs take a lot of stick.

They’ve really never been a la-di-dah ‘sit-down meal with cutlery and stuff’. At least not in London, and at least not until places like Le Bab and Berenjak started to give them a new spin. And now their reputation seems to have been pleasantly redeemed to the point that a veritable palace like Berenjak Borough can open, and for no-one to bat an eyelid. Until they see the place, that is. Then, many an eyelid will indeed be batted.

For those who haven’t had the cliché-wrecking pleasure of a kebab at the original Soho outpost of Berenjak, it’s a JKS joint (they of BAO, Gymkhana, Hoppers, and BiBi fame) serving up Tehrani-style food in a relatively small space. The followup, however, is anything but small, slotting into the old Flor space right by the entrance to Borough Market. 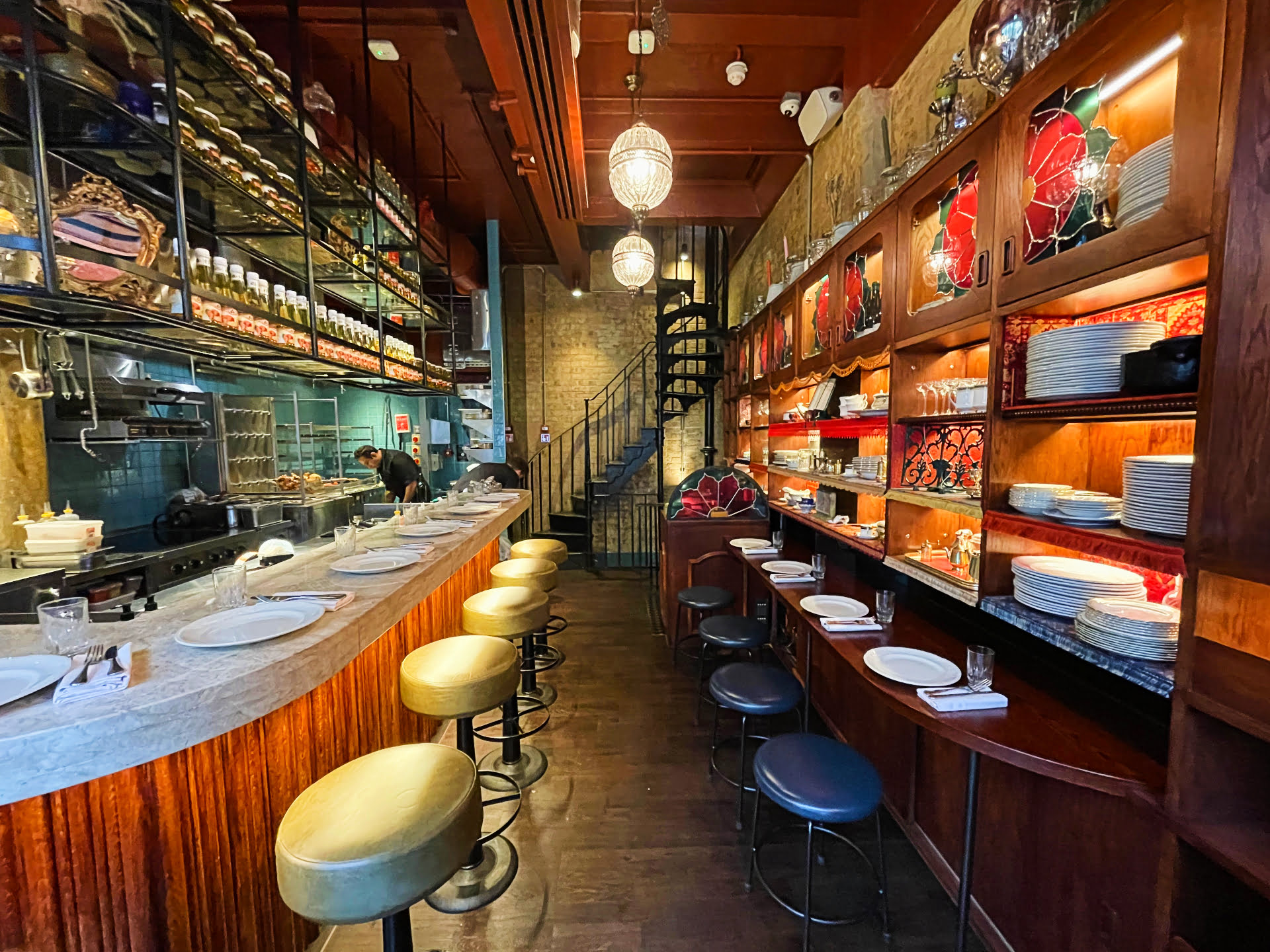 Its two floors are connected by a beautiful cast iron spiral staircase. Downstairs is the open kitchen surrounded by countertop seating and the low sizzle of coals as they delicately char the ever-spinning, meat-loaded skewers above them. Upstairs is a high-ceilinged, brick-walled dining area lit by gigantic floor-to-ceiling warehouse-style windows from which you can see the traders sprawled out below. Chandeliers hang from the ceiling, candles cast up from the tables, and intricate artworks burnish the walls in between. 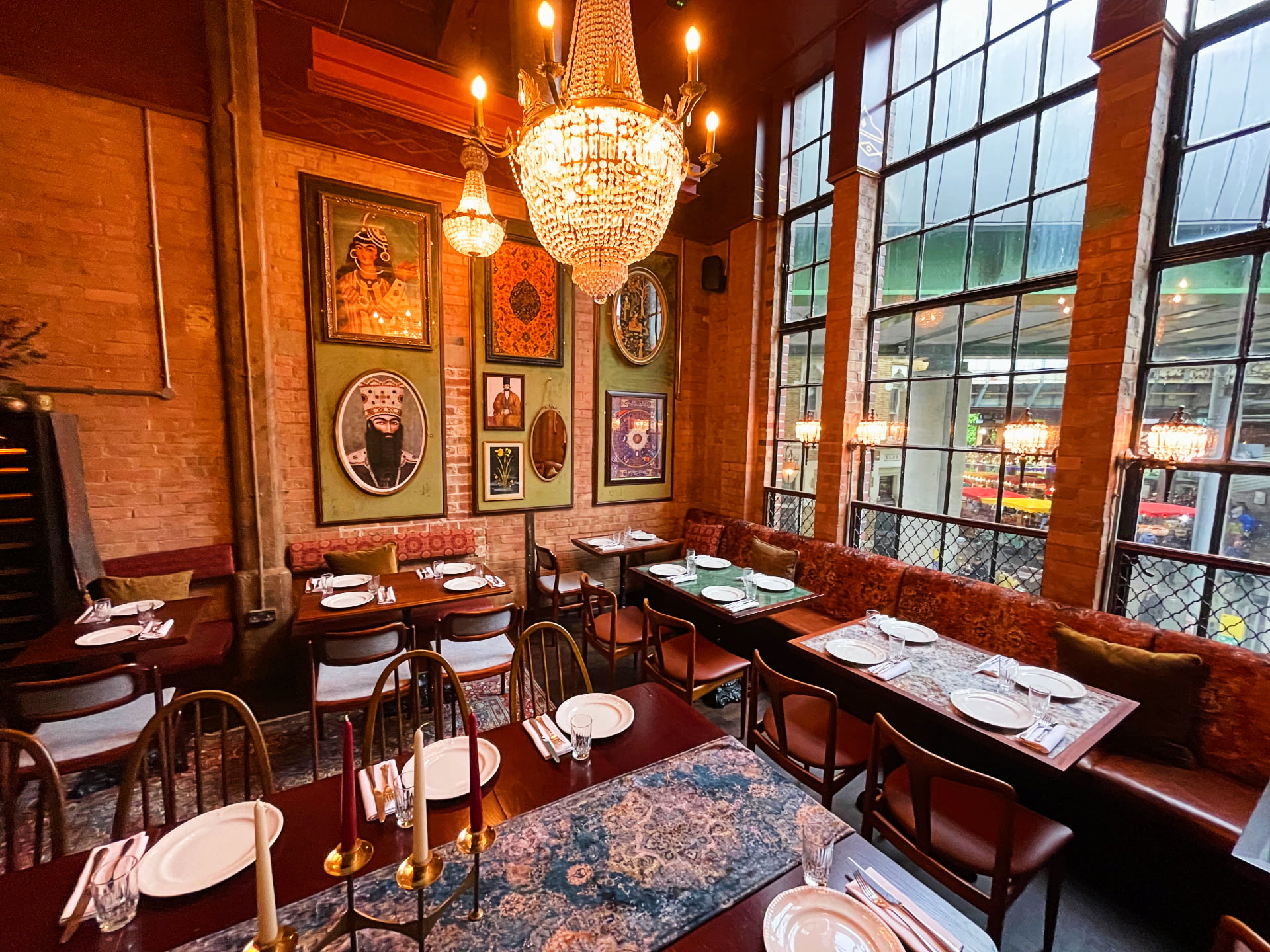 As for the food? Well, the whole concept comes to us from chef Kian Samyani who previously manned the pans at Brigadiers and the Michelin-Starred Gymkhana. He created the menu by drawing on the Iranian home cooking he grew up on – and apparently he grew up on kebabs with lamb shoulder & black pepper, or poussin with Turkish chilli, garlic and sumac. If you want to get something yet-larger then they’ll furnish you with a whole rotisserie Norfolk chicken covered in barberries & saffron sauce, or a Herdwick lamb fillet with sour yoghurt & potato tahdig. 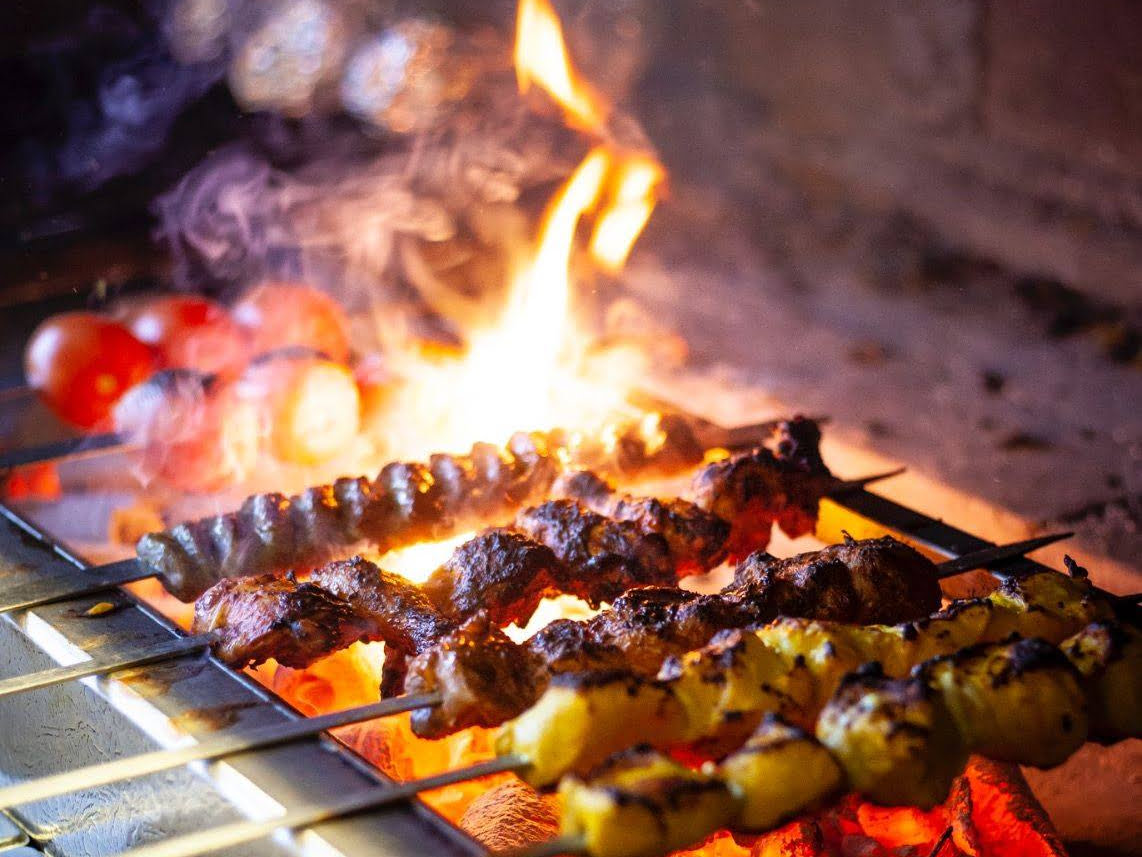 The cocktail situation involves a lot of inventively Iranian twists on the standard barkeep’s playbook – there’s a Jeweled Negroni made with pomegranate gin; a Preserved Lemon Margarita with mezcal, tequila, and lime; and a Tahini Old Fashioned with sesame seed bourbon & wildflower honey. And, given that Iran’s favourite twist on any cocktail is to remove the alcohol entirely, there’s also a short menu of liquor-free ‘Sharbats’ including a number with black lime & mint; a sweet strawberry ice tea; and one with orange blossom vinegar & blackcurrant.

NOTE: Berenjak Borough is set to open on May 25th. You can find out more at their website right HERE.