If anyone’s got the chops to open a new restaurant right after the pandemic, it’s Blacklock.

Founder Gordon Kerr opened his original chophouse in an old Soho strip joint seven years ago, achieving instant critical and popular acclaim for the restaurant’s chops, slung onto a charcoal grill and scorched with a 200 year-old clothes iron from the Blacklock Foundry – 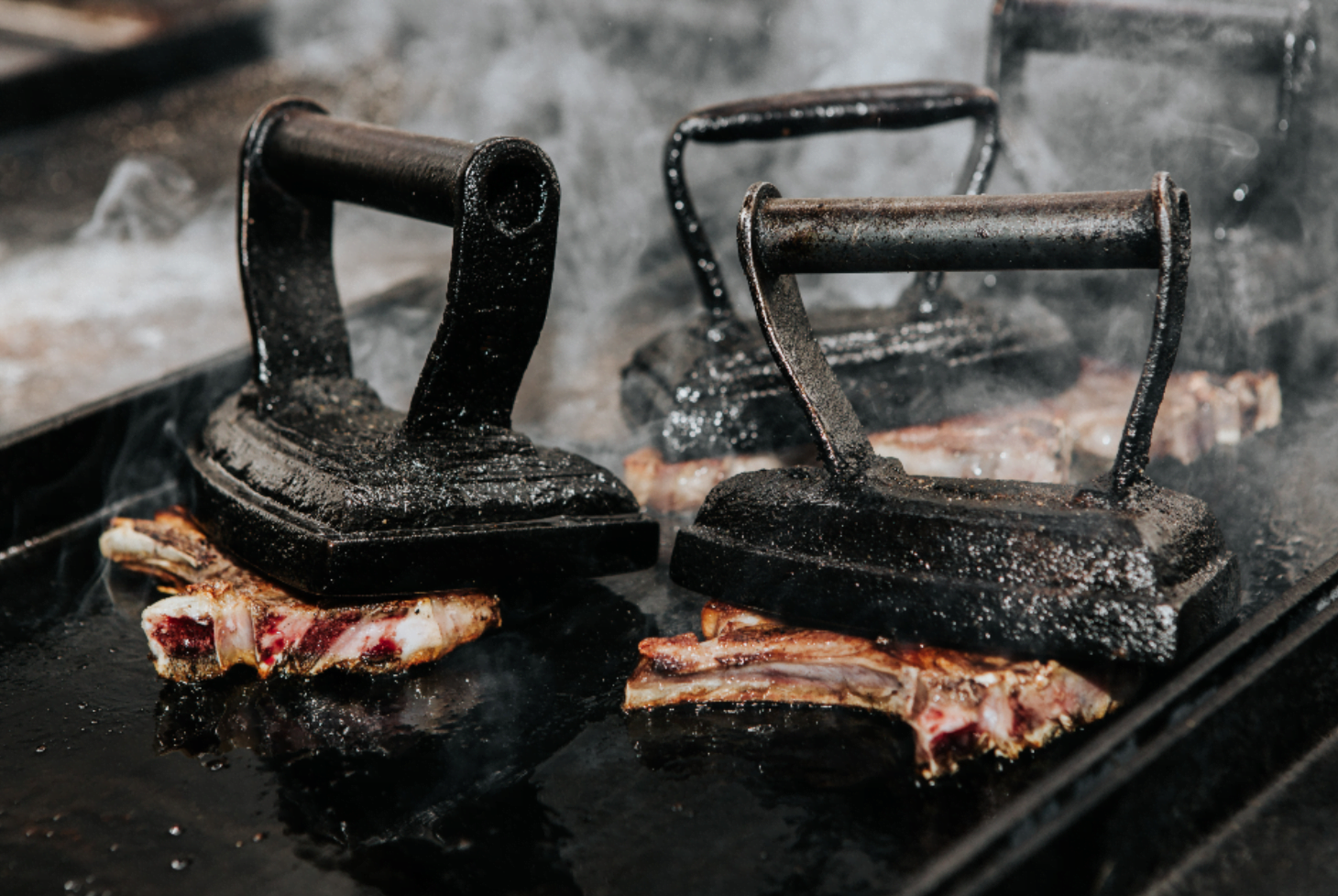 Housed in what used to be the King’s coach-makers on Bedford Street, Blacklock Covent Garden has space for 110 diners – all of whom get to enjoy their signature drinks served tableside from the Blacklock cocktail trolley (including Old Fashioneds and Negronis by the decanter); their Award Winning Sunday Roast served with all the trimmings, including Blacklock’s legendary gravy; and their glorious White Chocolate Cheesecake.

As with the other Blacklock restaurants, Covent Garden uses the best sustainably-reared meat from farmer Philip Warren who cares for Blacklock’s herd in Cornwall, with a focus on regenerative farming. However since the last launch they’ve also been working hard to take their ethical credentials even further, journeying towards B Corp status with initiatives like their ‘Planet Promise’ (which sees a tree planted for every customer that dines with them) and ‘Cocktails That Give Back’ (which sees a donation go to End Youth Homelessness for every cocktail sold).

Which is all amazing, but also WHITE CHOCOLATE CHEESECAKE.

NOTE: Blacklock Covent Garden is open Mon-Sat for lunch and dinner, and Sundays until 6pm. You can find out more, and book a table, at their website HERE.

Like being in the know about London’s new eateries? Check out our guide to London restaurants opening soon.