Welcome to the much-hyped, long-awaited palace of excess that is Bob Bob Cité.

A French sibling to Soho’s glamorous Bob Bob Ricard it contains more shiny, reflective surfaces (including twenty five bespoke chandeliers, miles of mirror-polished steel trim and fort eight thousand hand-polished wall panelling bolts) than anywhere else you’ve ever been. It’s so shiny that we saw someone in the toilets slowly edging forwards with a hand outstretched, as if carefully navigating a hall of mirrors…

And yet in contrast to its glimmering, cityboy-magnet facade, this restaurant’s been built with humour, warmth, care, and a lot of love by owner Leonid Shutov who – wary of in any way compromising the love of his life, Bob Bob Ricard – has spent vast quantities of time and money creating an undeniably over the top, one of kind venue where guests are invited to start with a Russian Standard vodka shot before enjoying (what turns out to be) amazing French food.

The wowing begins before you even enter the place, as you wander into the giant atrium of the Cheesegrater building, tilt your head up and spot what looks like the gondola of a giant zeppelin suspended 30m above you.

Stepping past security into the elevator feels like an achievement in itself, while stepping out of it leads you into an Orient Express-style wonderland filled entirely with the original Bob Bob’s classic retro leather booth-only seating across two huge dining rooms featuring jewel-box blue & scarlet red tones, vintage-style tinted glass chandeliers, and all-new some dot-matrix stock exchange-style ticker tape running along the walls. There are even three private rooms with their own reception areas overlooking the city. They have 800 bespoke light fittings, made exclusively for the restaurant. 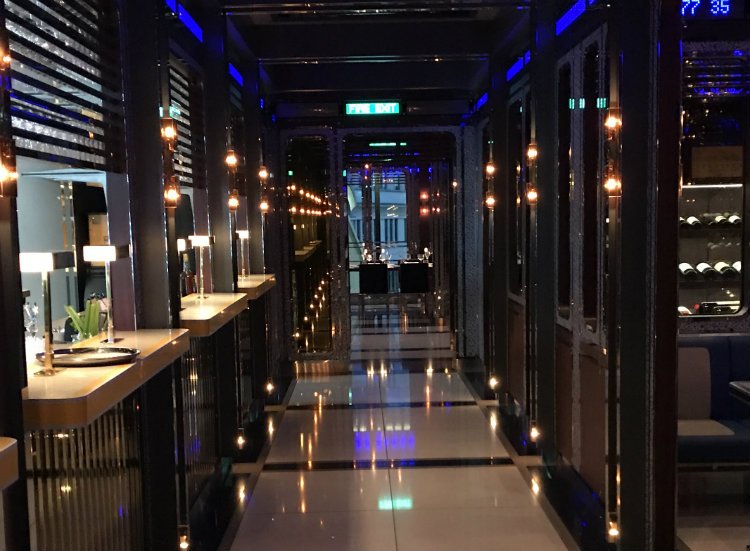 Something that hasn’t changed however are those famed “Press For Champagne” buttons, which are are still here… only in tune with the menu, they’re written in French and can now be used to summon Magnums, Jeroboams, and Methuselahs. Ooh, and there’s a spot to charge your phone right next to them. 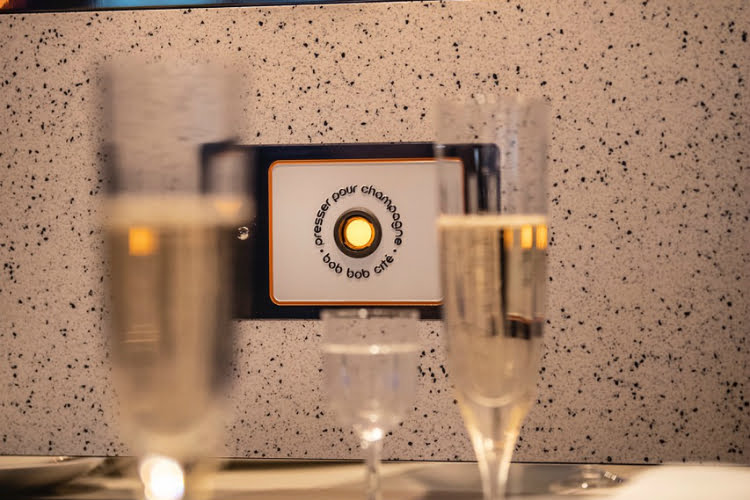 Desserts include a vast crème brûlée, a rum baba, and some classic île flotante – but if you really want to end your meal in style, you can take your pick from one of the 50 vintage Armagnacs they have in the cellar, with some dating back to 1888…

NOTE: Bob Bob Cité is open now. You can find out more, and make a booking at their website HERE.

Like knowing about upcoming restaurants? Check out our guide to the best London restaurants opening soon