This is a little-known Highgate spot that’s got us hook, line and sinker.

It’s the third edition to join the family of Bourne’s fishmongers (which may not sound immediately thrilling, but just you wait). You’ll find it on Swain’s Lane by Hampstead Heath, a stretch which recently got zhuzhed up and is now a gourmand’s paradise of high-end grocers, butchers, florists, bakeries and deli stores (check out Bourne’s sibling next door, Superette, which stocks fancy pantry goods alongside St. John doughnuts, dips by Bubala and pre-batch cocktails by Three Sheets).

By day, it’s a fishmonger hawking insane, top-quality fish gleaned that morning from Billingsgate Market, as well as directly from day-boat fishermen working round the British coast, from Scotland’s Loch Duart down to Looe in Cornwall. Laid out over chipped ice in a beautiful marble trough, there’s something different in every day, from oysters and beefy tiger prawns to whole turbot and fillets of halibut. You might even come across something totally unfamiliar, like gooseneck barnacles (which, let’s be honest, look like they’ve been torn off an alien) – but the guys behind the counter are amazingly knowledgeable, giving you cooking advice right down to the specific timings and temperatures. They’ll even give you a little wine recommendation to go with it – which you might even be able to pick up off the shelves lining the back of the shop. 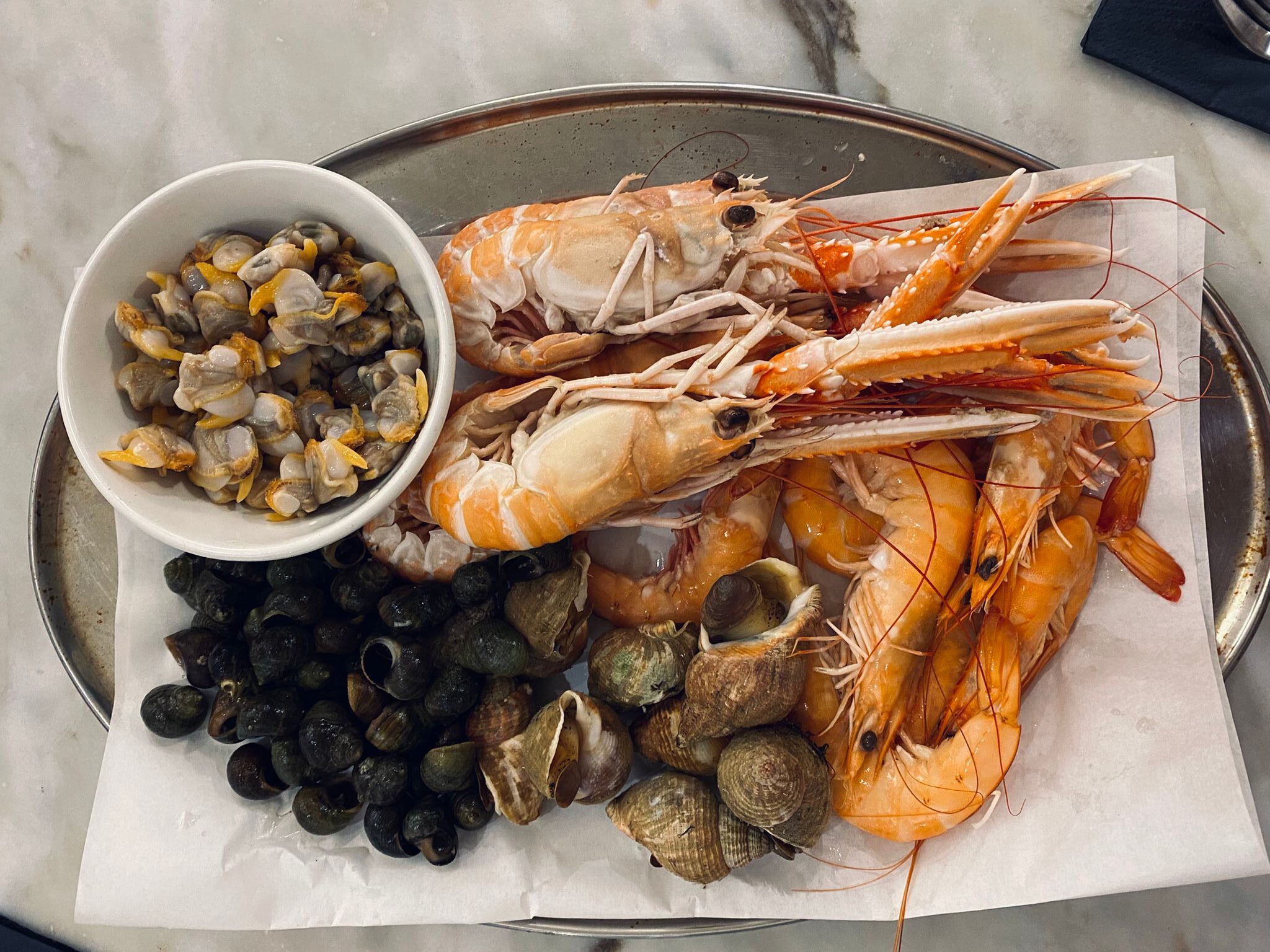 That in-depth knowledge is no coincidence, because these fishmongers are secretly also chefs. On Friday and Saturday nights, they set out some high stools along the counters hugging the walls, and either side of a long, central table; light candles and put out sprigs of wild flowers in little jars. They take the best catch of the day, and whip it all into small plates like lobster thermidor or buttery garlic scallops, as well as huge platters of whelks, oysters, and langoustine. It’s all mind-blowingly delicious, and as fresh as it comes. They also uncork those wines at the back of the shop (ask for the sparkling red, which is unexpectedly fantastic), and serve up cans of craft beer too.

So you can drink like a fish while you’re at it.

NOTE: Bourne’s fishmongers is open daily, with dining currently on hold (check their insta for updates). You can find out more on their website HERE.

Looking for quality fish out east instead? Sail off to The Sea, The Sea Hackney