We don’t want to spoil it.

But here are a few things you should know before going:

It’s named in honour of the turbot (“the best fish in the world”), and it’s the debut restaurant from former Kitty Fisher’s head chef Tomos Parry. He’s combined his own Welsh heritage with the techniques he perfected while travelling through coastal towns of the Basque region to create what he describes as a more “instinctual and primal style” of cooking, slinging well-sourced ingredients onto a wood-fired grill.

And it seems to have worked, earning the place a Michelin star just six months after opening. 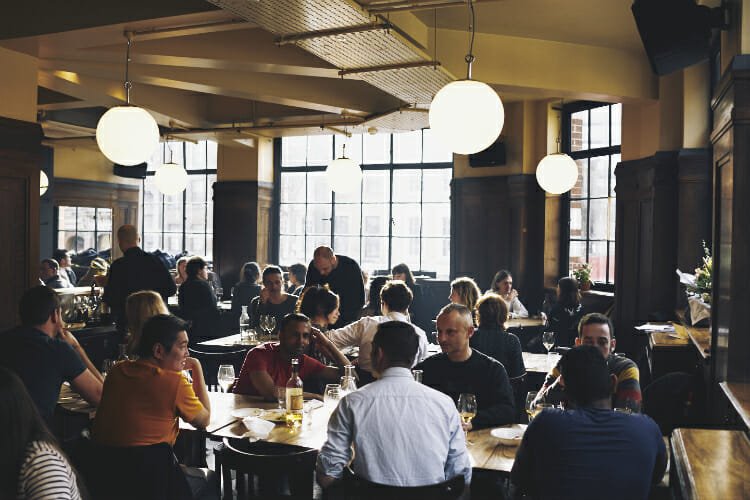 The interior takes a few leaves out of that book, keeping things simple (but not quite primitive) with wooden walls, floors, and furnishings filling a first floor space on Shoreditch’s Redchurch Street, above Smoking Goat. In the back, there’s a bar wrapped around the roaring open kitchen, stuffed with wood-fired grills. And on those grills there is…

If you haven’t booked, the space at the bar is for you. The small stuff ranges from oysters roasted with seaweed, to wild rabbit with blood sausage & beans, to some satisfying hunks of soused mackerel. If you’ve nabbed a table, however, then there’s,

The starters include spider crab & fennel; young leeks with fresh cheese; and baby peas with Carmarthen ham. Then, going larger, we have that brat (whole, gigantic turbot, that is); a hunk of Herdwyck lamb chop; some Rainbow Trout smoked on cedar wood; some hearty grilled duck; or a slab of Jersey Beef Chop. 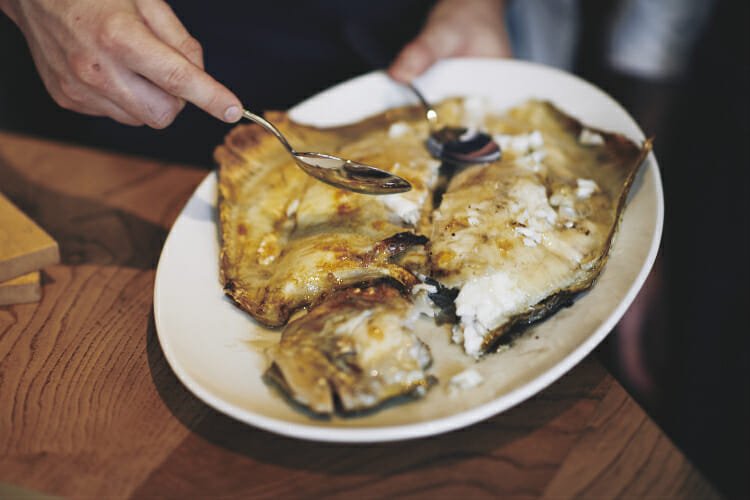 The list here has obviously had a lot of love go into it, meticulously curated into sections like ‘easy drinkers’, ‘classics’, ‘off the beaten track’, etc. And every week, they focus on a single producer’s wine, giving it pride of place on the menu with a lengthy description, and available by the glass. It’s all been made up in collaboration with the new importing company from the Noble Rot founders, Keeling Andrew & Co.

Just don’t overdo it, or you’ll find yourself Keeling over.

NOTE: Brat is open daily from noon (no dinner service on Sundays). You can find out more, check out the full menu, and make a booking at their website right HERE.

Like finding great new places to eat? Check out the best restaurants in Shoreditch