Down under, it’s a suburb known for its yuppies, coffee shops and craft beer bars, so this café has settled in quite nicely to Dalston. It’s made its home in an industrial, rotund little building hidden round the back of Gillett Square – just look for the sign saying ‘Stamford Works’, and head down that alley.

Tables and chairs hug the walls outside for al fresco brunches, while inside, it’s a sizeable – but usually rammed – space, filled with circular chipboard-topped tables and IKEA stools. A little rough and ready, Brunswick East isn’t trying to be the prettiest kid on the block – it’s too busy serving some of the most inventive, delicious brunch in East London. 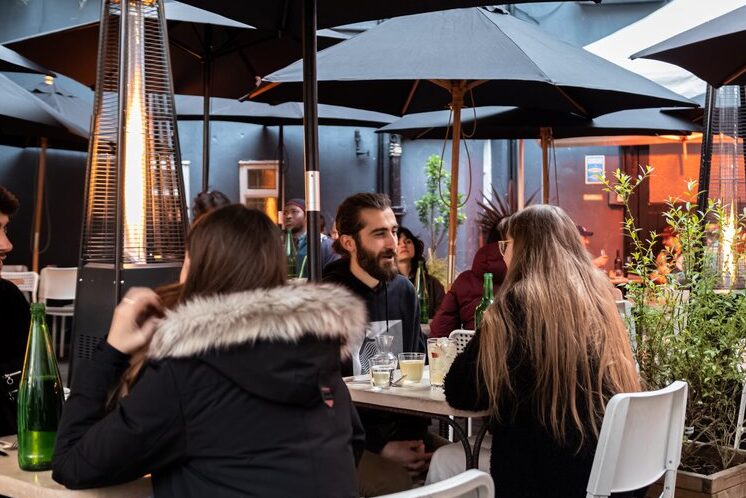 The team behind Brunswick East are born-and-bred Aussies, and there’s plenty of the Antipodean fairy dust you’d expect sprinkled over the dishes. Served all day at weekends, with most dishes on the weekday menu, too, brunch here involves freshly squeezed juices and espresso smoothies; sourdough from London’s esteemed Dusty Knuckle bakery; and some seriously hefty mains. 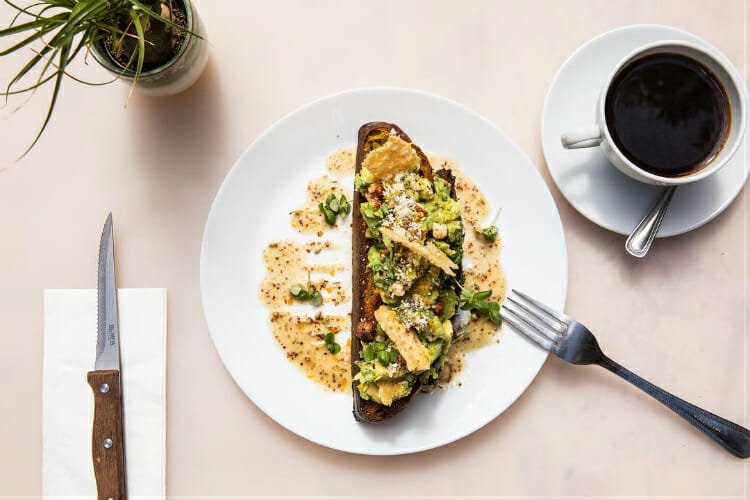 For the early rising and bendy of knee, there’s a yoga and brunch deal you can snap up with the studio next door, Yoke. That’ll net you a 90 minute class, after which you can tuck into a coconut and chia bowl or a sweetcorn fritter stack.

NOTE: Brunswick East is open weekdays 8am-4.30pm and weekends 9am-5pm. You can book, and find out more, HERE.