Apparently Silvio learnt the term “Bunga Bunga” from a joke told to him by his hilarious old friend, mass-murdering Libyan leader Colonel Gaddafi…

“Three Englishmen are tracked down and captured by a primitive tribe. The tribe’s Chief offers each of his new captives a choice between death and bunga bunga. The first two choose bunga bunga, and are sexually tortured in various ways before then being killed. The third man, having witnessed what happened to his friends, selects death.  At this the chief laments, “Death you have asked for, and so death you shall have”……”but first a little bunga bunga!”.”

Thanks to the well documented goings-on chez Silvio, the link between “Bunga Bunga” and Italy is now so indelibly etched in our minds that the term has inspired the launch of a tongue-in-cheek bar, pizzeria and karaoke joint – entirely dedicated to some of Italy’s finest icons. 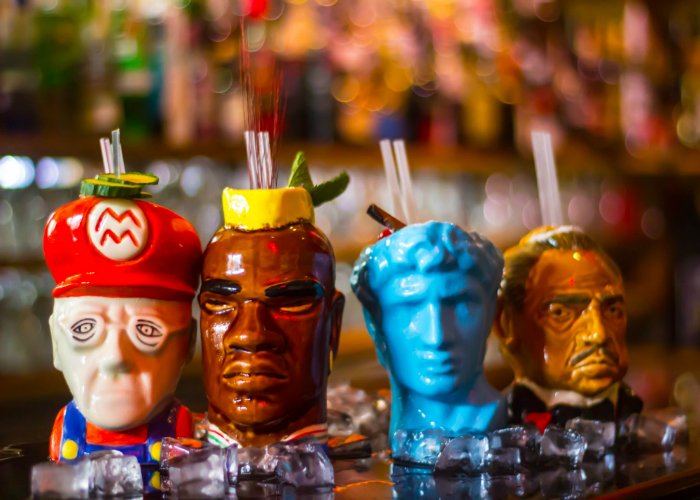 You’ll enter the place via an Italian phone box.  Heading past the large gondola-shaped bar, with the canals of Venice depicted on the wall behind it and a selection of hams and salamis hanging from above, you’ll find a tribute wall dedicated to Berlusconi himself, lamps fashioned from upside down Vespa helmets, Italian language tapes playing in the bathrooms and a signature horse’s head cocktail (in homage to The Godfather). You’ll drink wine from terracotta carafes and eat pizzas named after some of Berlusconi’s better-known Bunga Bunga girls. 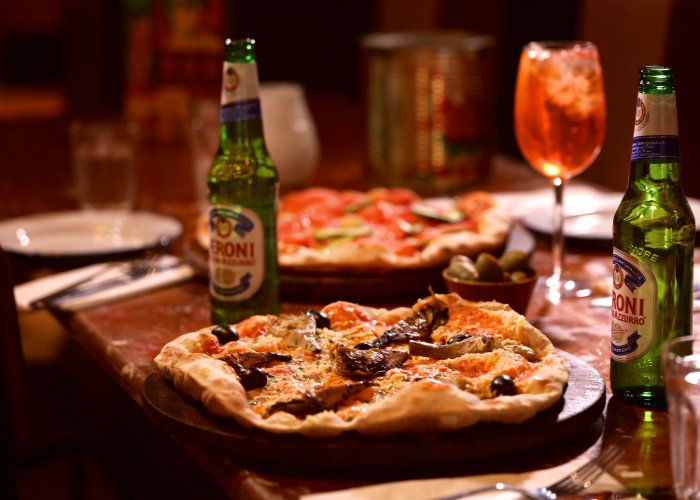 Between the bar and the dining area you’ll find a stage in the shape of the Colosseum, from where you’ll be able to ruin other people’s meals with your karaoke rendition of “That’s Amore”.

Described by its founders as ”An Englishman’s Italian, Bar, Pizzeria and Karaoke”, Bunga Bunga couldn’t really be anything else…

NOTE: Bunga Bunga Battsersrea is open Tues-Thurs 6pm-1am; Fri 6pm-2am; Sat 11am-2am; Sun 12-6pm. The upstairs club is only open on Friday and Saturday nights. You can find out more and book on their website HERE.

Like this? Check out the Nudge’s guide to other unusual restaurants in London.