It is generally accepted that restaurants have menus.

But originally, Burger & Lobster didn’t need one, as its menu consisted of the following:

Launched by the team behind the Goodman steak restaurants, the first Burger & Lobster opened in Mayfair; an area that you were previously unlikely to have ever been inclined to head towards for a well-priced meal. But when Burger & Lobster tipped up, that all changed – because they offered by far the least expensive lobster (certainly that you’d ever be advised to eat) available in London.

Now, thanks to a little inflation, it’s a little pricier than it was – but it turns out that, for all the sharing menus, taster menus, small plates and regular-sized plates on offer in this fair city, Londoners – just occasionally – still like to dabble in a little simplicity. And since those ground-breaking Mayfair days, Burger & Lobster has since expanded to another eight branches in London alone, before making the typical expansion to New York, Dubai, and the Genting Highlands. 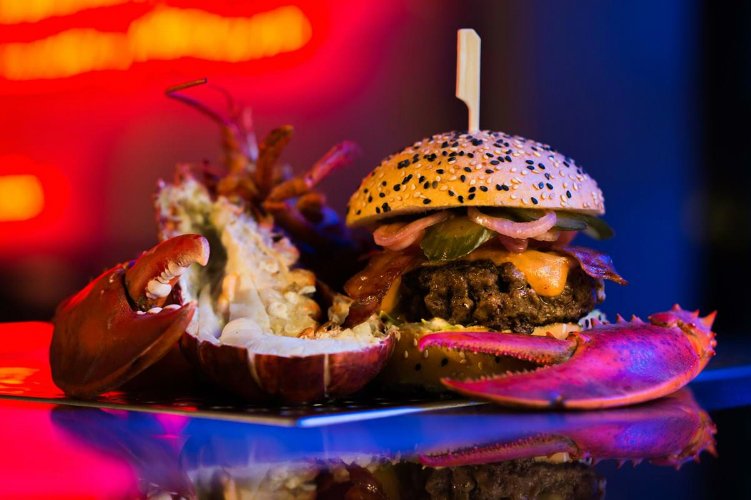 Your burger at Burger & Lobster will be, in a word, big – they’ve since expanded that menu to include a smattering of starters (calamari, croquettes and the like), and the mains are all served up with salad and chips. Should you go for the 1.75lb lobster (and you should), then it will be carefully plucked from around 800 others currently residing within tanks that are located under the restaurant. And then it, too, will be served up with salad and chips.

Group Head Chef John Cadieux – a genuine contender for Jose Pizarro’s “friendliest chef in London” crown – has said that any guests keen to learn about the lobsters and their tanks need only ask: there’s even a viewing gallery for those interested in taking a little tour.

Which is very unshellfish of them.

NOTE: Burger & Lobster Mayfair is open daily from noon-10.30pm (8pm Sundays). You can find out more about the other branches, and book a table, HERE.

Like burgers and lobsters? Check out Big Easy Covent Garden