Getting into Caravel isn’t easy.

And that’s nothing to do with the speed that it gets booked up, or the fact that it only has space for 40 people. It’s that it literally is quite tricky to physically get to.

You’ll need to wander the canal (on the other side of the water if you’re coming from Islington) until you get to Packinton Bridge, then locate the locked iron gate leading to Studio Kitchen (a separate, land-based restaurant), buzz yourself in, and stroll down the quayside past the boats and alfresco seating until you come to a pretty little red barge named Poppy. This is Caravel. 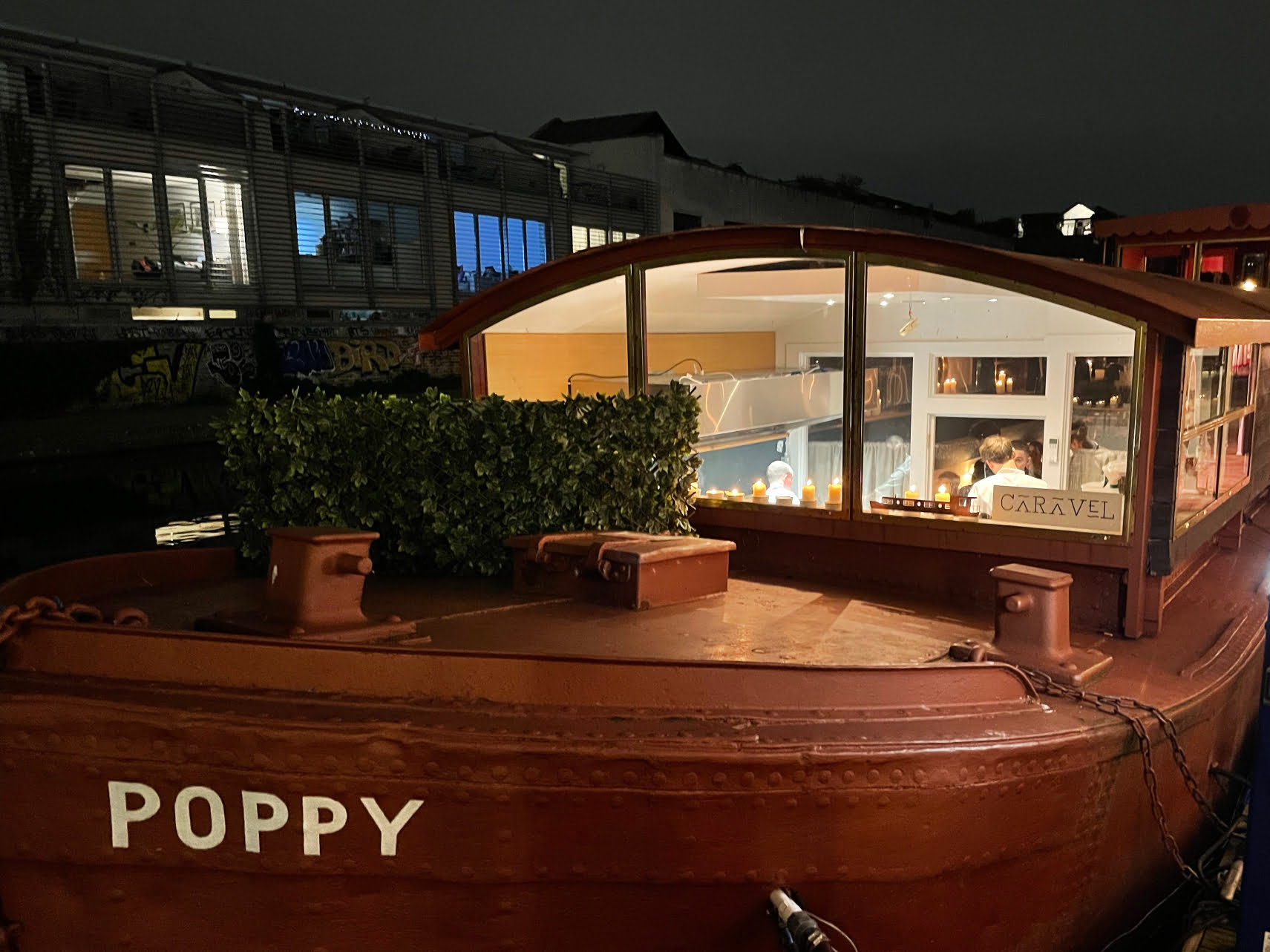 Peering inside, and you’ll be able to see the teeny tiny open kitchen wedged right into the bow of the boat. And inside that you’ll see the Spiteri brothers bustling away. If the names ring a bell, it’s because their parents are Rochelle Canteen‘s Melanie Arnold and St. John‘s Jon Spiteri. And apart from growing up on a diet of pure, unfettered culinary skill, the two have also learned the ropes for themselves at some of London’s finest institutions, from Quo Vadis to 69 Colebrooke Row. And now they’re helming Caravel, a name which – for anyone a little rusty on their knowledge of 15th century light, Spanish sailing boats – is a type of 15th century light, Spanish sailing boat. Jump aboard from the stern, and take a couple of nimble steps down into the belly of the boat, and you’ll be welcomed into an extremely charming, candlelit space with nautical splashes of white and navy paint, polished up wooden floorboards and a smattering of crisp tablecloth-bearing tables with little lamps. It’s a bit like the seafaring equivalent of an old-school train dining carriage. Anyone paying close attention will notice the stained glass portholes dotted along the space, showing off a duck carrying the plastic rings from a six pack, or a pike eating a beer can. You know, classic canal stuff. 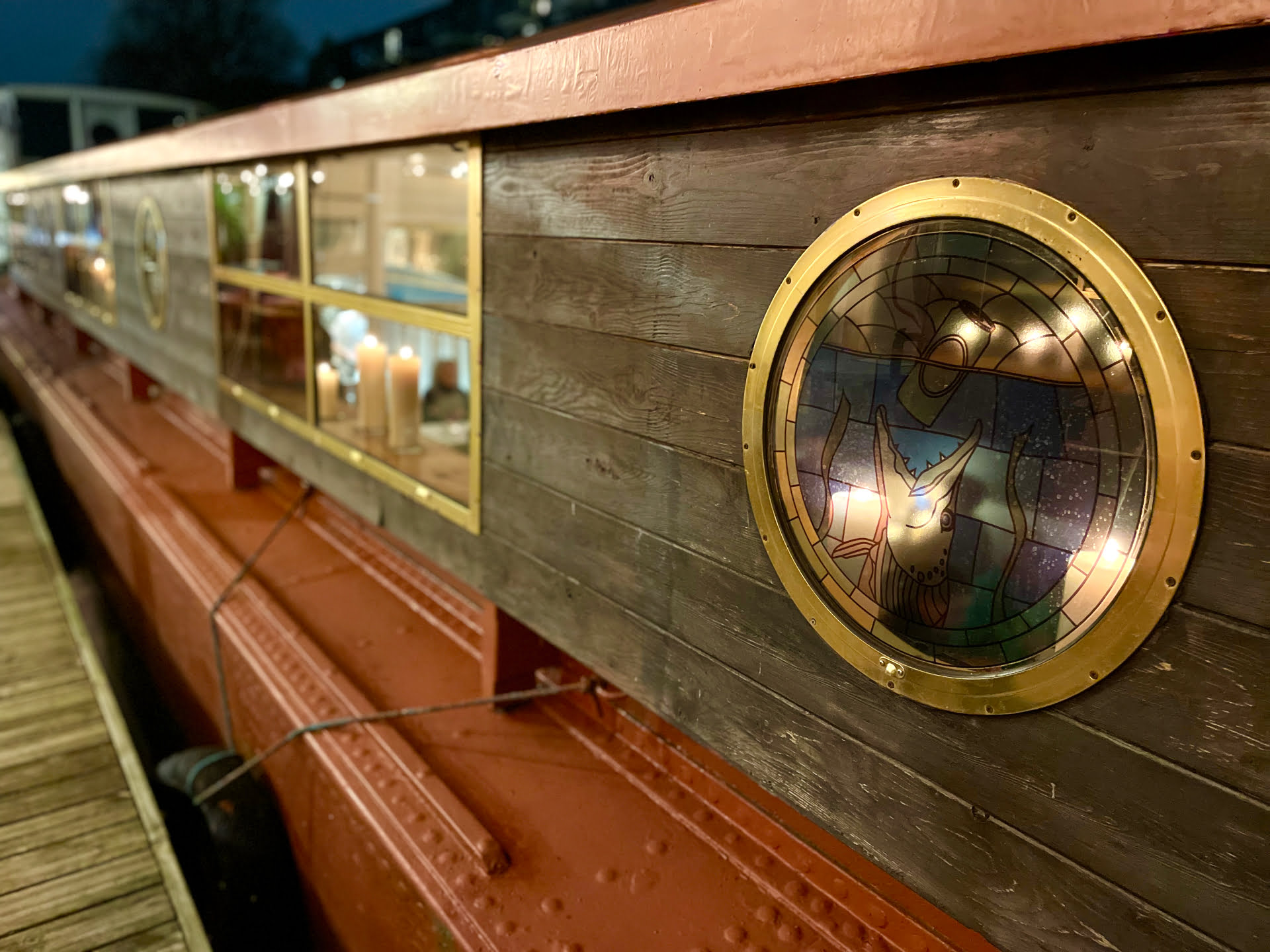 The food the Spiteri brothers are making is, believe it or not, great. The menu bounces around several different culinary traditions, with the only common link being how well executed they are – you’ll get small bites of potato rösti with sour cream; beautiful duck croquettes literally shaped like a duck with wild garlic aioli; and large slices of what is almost guaranteeably the best sesame prawn toast you’ve ever had. Larger dishes include the likes of fresh tagliatelle with white crab; some braised chickpea & delicia pumpkin; and a ridiculously good pudding of caramelised banana and almond tart. The menu is short and sweet, but peppered with standouts. 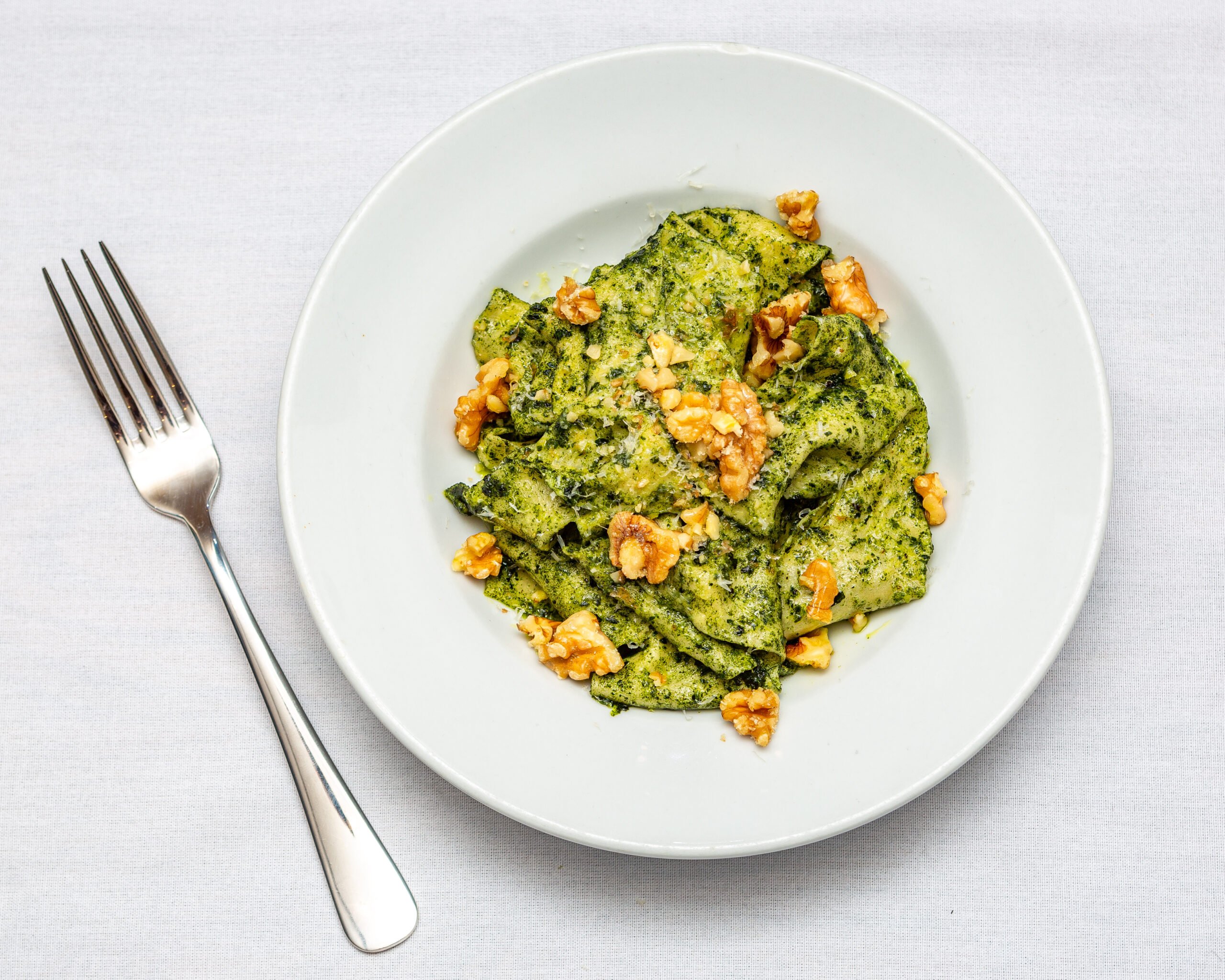 The drinks situation is similarly concise (the boat doesn’t exactly have a wine cellar), but you’ll find cocktails, beers, and a selection of small-grower red, white, sparkling, and rosé that’s all available by the glass, and all kept at reasonable prices. So you can indulge yourself a little if you fancy.

And you can always blame your sea legs…

NOTE: Caravel opened on March 10th. You can find out more, and make a booking at the website right here.