There’s one foolproof method for finding the perfect neighbourhood restaurant.

And that’s exactly what Josh Katz has done. He’s the head chef and main driving force (along with his brother Paul & wine soothsayer Mattia Bianchi) behind Berber & Q. And while the Middle Eastern BBQ joint is easily one of the best casual dining spots in the city, it’s over in Hackney, and Josh Katz lives all the way across town in Queen’s Park.

So he naturally decided to put his new restaurant a couple of streets away from his house. This is the restaurant he’d want to dine out at, if only he didn’t work there. It’s called Carmel after the Hebrew word for ‘vineyard’, which acts as a neat verbal intersection between the place’s twin specialities: wine & Middle Eastern food. And it’s a little bit more grown up than Berber & Q too, with a slightly more polished and refined menu, look, and atmosphere. 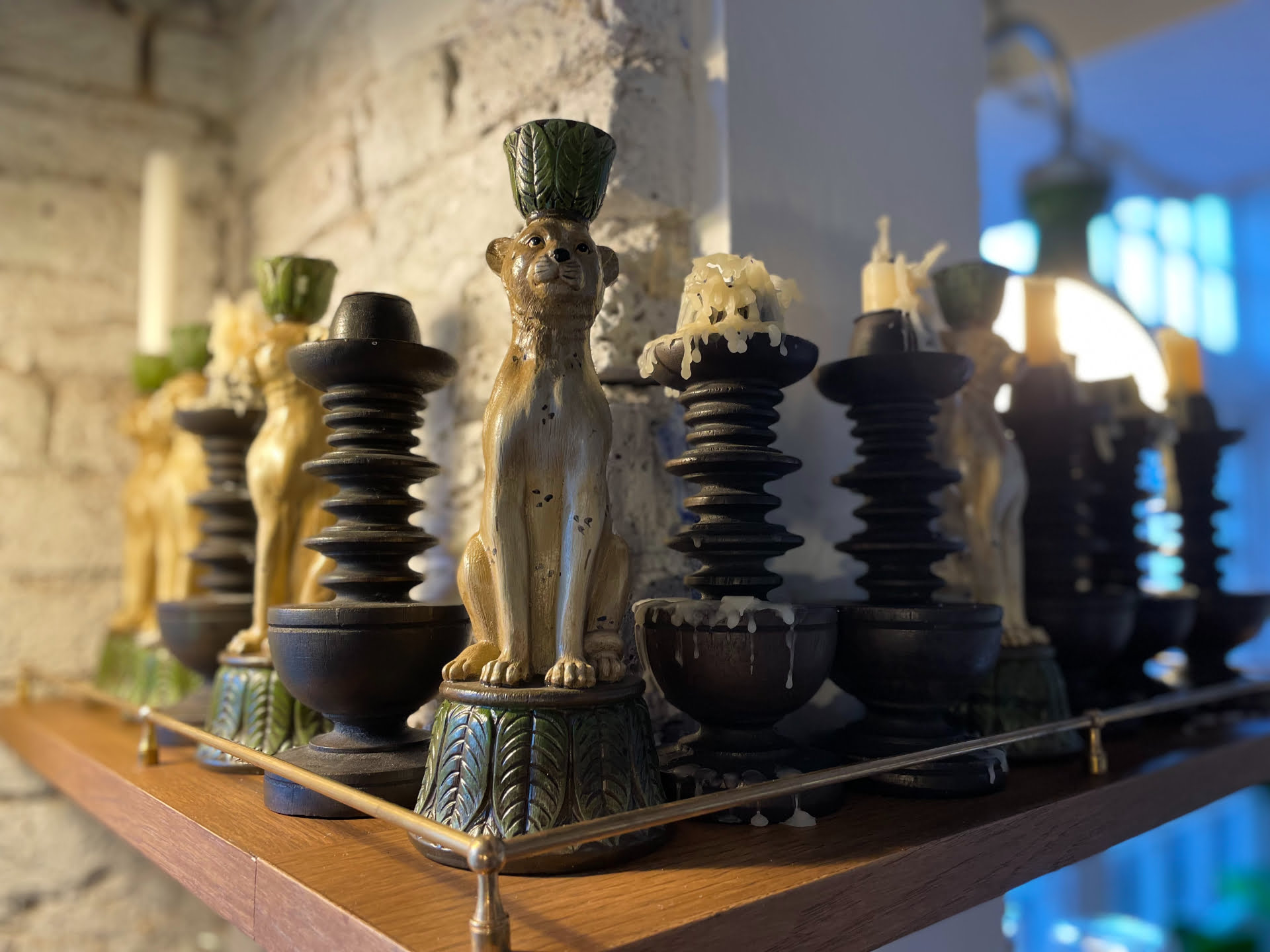 It’s parked on a secluded mews street around the corner from Queen’s Park station (very handy for people who don’t live next to Josh Katz). Poke your head in the door, and you’ll pretty much be able to take in the entire venue in one quick sweep – on one side there’s a pretty, greenery draped dining space dominated by a long wooden table that cuts through the middle, and on the other there’s the open kitchen where chefs chatter, the grill sizzles, and the fragrance of herbs drifts out.

So what about this grown-up menu? Well, the table-stakes for any decent Middle Eastern place these days is an oven capable of making fresh flatbreads, and these guys have one. Their fluffy, sourdough breads come with spiced lamb & Aleppo chilli; wild mushrooms & crème fraîche; or simply as a vehicle for their house za’atar with tahini & fermented chilli. 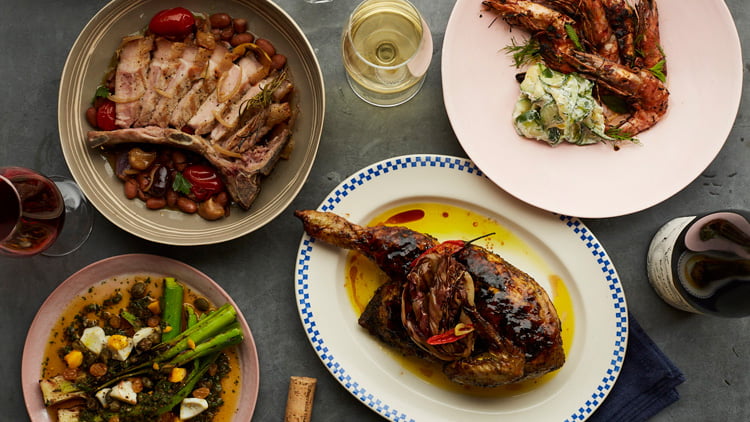 The next rung on the menu’s ladder involves small plates like turmeric-roasted cauliflower with pomegranate agrodolce (it’s a sweet & sour sauce from Sicily), or grilled harissa prawns with ‘nduja butter & courgette tzatziki. As for the larger dishes, you can tuck into a hearty smoked lamb neck shawarma with garlic labneh; some delicate pan-seared cod with saffron & arak butters, and more. And finally? Dessert involves the likes of chocolate tahini tarts with olive oil ice cream & sesame brittle, or polenta & date upside-down cake drizzled in cumin caramel. Yes, cumin caramel.

Of course we need to talk about the wines, too. There are around 60 in total, all wrangled by Mattia Bianchi, who developed a knack for hunting out first rate low-intervention bottles without a huge price tag whilst running his own pop up wine bar every few months for the past four years. Here, he’s plucked interesting bottles from both old and new worlds, and made plenty available by the glass.

NOTE: Carmel is open Tues-Thurs from midday, 9am Fri-Sun. You can find out more, and make a booking, at their website right HERE.