Casa Pastor is the third in the El Pastor family from Crispin Somerville and the Harts, which sounds like the name of an influential synth band from the early 80s, but is in fact the trio behind such superlative dining institutions as Barrafina and Quo Vadis.

And three seems to be the magic number, in fact, because Casa Pastor (and its outdoor terrace, Plaza Pastor) is also their third opening in King’s Cross, alongside a new Barrafina and a wine bar called The Drop. They’re all rubbing shoulders in Coal Drops Yard; a sprawling space by Granary Square sporting picturesque cobbles, rail arches, and a host of new restaurants and shops.

Here’s what you can expect…

If you’ve been to El Pastor in Borough, or their Bermondsey follow-up, Tortilleria El Pastor, you’ll know what we’re dealing with here. These Mexican eateries make all their tortillas in house, daily – and plate them up alongside a bevy of tostadas and aguachiles. You’ll find more of the same here, with newness in the form of coconut ceviche tostada with chilli and avocado, and larger tacos to share, stuffed with the likes of lamb barbecoa, and cheese-stuffed fried chillies. There’s also a Baja-inspired mariscos or seafood section; including oysters served with worm salt and mescal; and for the first time they’ll be serving Mexican-inspired breakfast (feat. Bloody Marias). 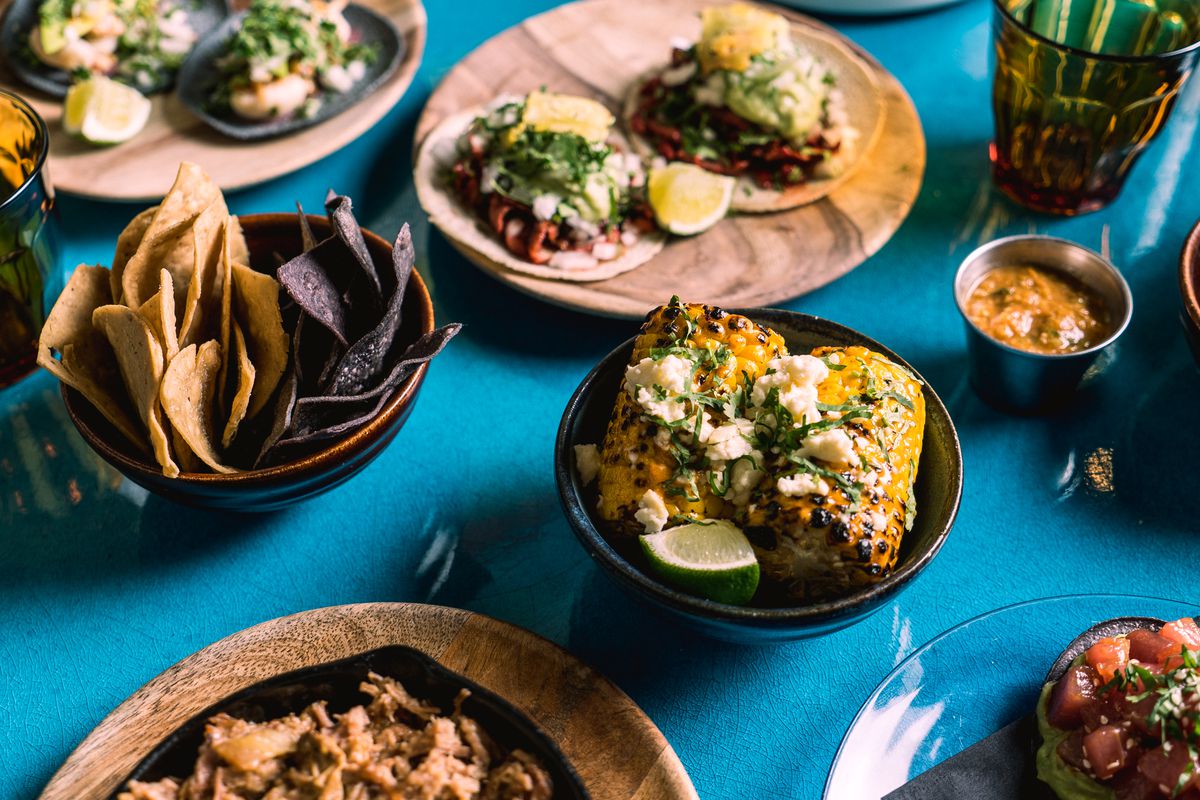 The whole space upgrades the exposed Victorian brick walls and arched windows with bright Mexican murals; coloured festoon bulbs; antique patterned tiles; and, er, actual trees; while an emerald-tiled mezcal bar takes centre stage, serving cocktails like the avocado & passionfruit margarita. Of course, if cocktails are what you’re after, you could also head to…

Their heated, covered terrace seats a cosy 100, and is a somewhat livelier affair by virtue of the smoking chicken rotisserie; the blackened steel bar serving jugs of tequila-laced sharing cocktails; and the constant possibility that you’re about to be ambushed by their ‘surprise’ mariachi band.

Which, if that appeals, you can also book for special occasions.

Perfect for that surprise birthday party.