For one, it’s in Mayfair (opposite the Royal Institute, no less) and housed within the oldest hotel in the city: Brown’s, which first opened in 1837.

Then there are the crisp white table tablecloths, the green marble bar, the antique wood panelled walls, and the millimetre-perfect floral arrangements dotted about the place. And that’s not to mention the Michelin Star-winning chef in the kitchen. No, this place does not exude the reckless charm of a Charlie.

And yet, it’s named after one. Lord Charles Forte, the founder of the hotel itself, who was partial to a modern touch just as much as a traditional one. Perhaps that’s why his place has survived for 180 years and shows no sign of slowing down. For this new restaurant, they’ve bussed in Adam Byatt to man the pans, famed for his award-magnet Trinity down in Clapham. And like Lord Forte – Charlie – he’s keen to blend a familiar touch with something more edgy, too. 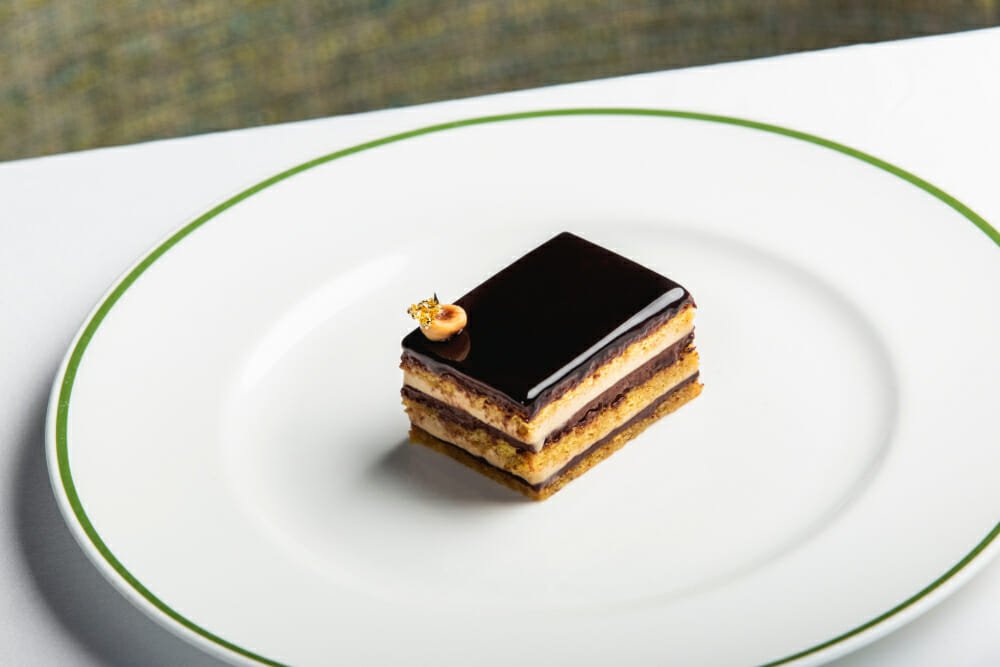 The menu therefore has oysters to share, but they’re fried in a crisp coating and paired up with some zesty jalapeño. Small plates  include a spiced cauliflower salad with raisins & labneh; a beef tartare made with Lake District fillet and ‘tartare ketchup’; and some seared tuna with apple & ponzu.

The larger dishes range from za’atar spiced monkfish cooked over coals with smoked aubergine pesto; to roast Yorkshire grouse with blackberries and bread sauce; to a salad of summer courgettes with their flowers, cashew hummus and lovage. There’s even a traditional lunchtime trolley service with daily changing specials like North African spiced lamb shoulder, or a good old rib of beef with roasties.

There’s an extensive wine list, that’s nevertheless been extremely well-curated – and should you fancy a nightcap, there’s a cocktail bar too, with drinks arranged by Salvatore Calabrese who is easily one of the most experienced and influential mixologists in the world.

Some might say he’s something of a good-time Charlie himself.

NOTE: Charlie’s is open now. You can find out more, and make a booking at their website right HERE.

Fancy a drink beforehand? Here are the best bars in Mayfair.