Finding a new spot to build a rooftop bar in London can be tough.

So when the folks at Chiringuito came across their venue, it was a convenience to say the least.

And we mean that very literally, being, as it is, a former public toilet. You’ll find it in Bethnal Green’s Museum Gardens, and now they’ve spent a few pennies dolling it up to fit their inspiration; the laid-back beach bars of the Spanish coast (aka ‘chiringuitos’). 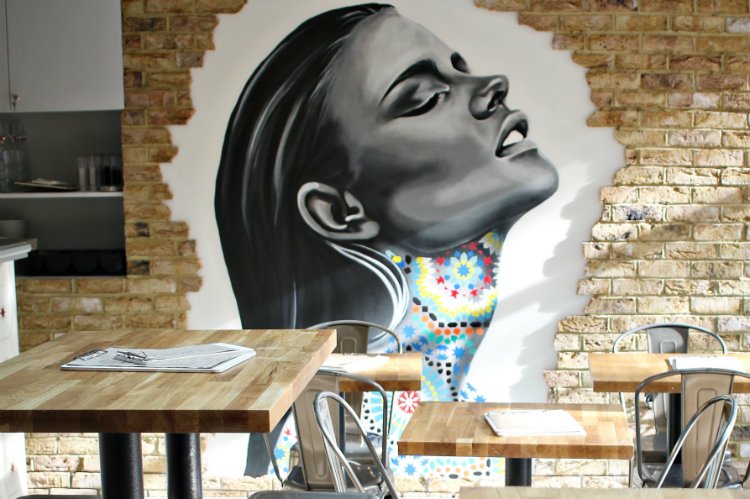 Here, that translates to bar stool seating, a bartop made entirely out of old 5 Peseta coins, and a striking mural by Las Vegas-based artist Mallory Dawn dominating the wall. And that’s just the inside. Outside, they’ve got a terrace snaking around almost the full perimeter of the building (one of the benefits of being a former standalone WC), and upstairs they’ve got an open-air rooftop seating area, decked out with sofas, huge hanging umbrellas, and views of the neighbouring Museum Gardens and Grade I listed St. John’s Church. 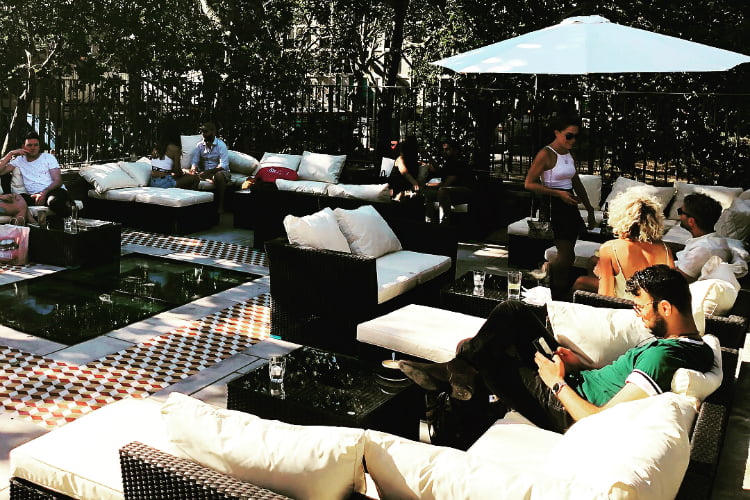 The food here comes courtesy of Peruvian chef Marco Padilla; so while the focus is mainly on Spanish tapas dishes, you can expect a strong South American twang. There are classics like padrón peppers and gambas al ajillo alongside Latin American-influenced dishes like seabass ceviche on coriander crispbreads. There are larger plates too – including grilled swordfish tacos with Elderberry jam; and roast pork belly in a chilli pisco and beer sauce.

For those of you who prefer beer without pork in it, you’ll be pleased to hear there’s a solid local craft beer selection, alongside souped-up G&Ts; cavas; Spanish wines; and Chiringuito’s signature cocktails. You can also pick between numbers like the Samba, with cachaca, fresh lime, pineapple and coconut horchata; and the Chininjito with El Dorado Mojito, damson jam and cava.

NOTE: Chiringuito is open daily 7am-10pm. You can make a booking, and check out their website right HERE.

Like high-altitude drinking? Check out our London Rooftop Bar Guide