We love to brag.

And when the sous chef that we championed in our Chef’s Table popup, Eddie Pellicano, gets promoted to run the entire kitchen at his restaurant Portland… we take essentially full responsibility.

One other small factor might be that Portland now has a sister restaurant called Clipstone (also set in Fitzrovia, and named after the street it’s on), meaning that Portland’s former head chef is now the executive chef of both spots, while another Portland sous takes charge of the Clipstone kitchen.

But that’s probably just a coincidence.

Clipstone’s interior is a virtual blank canvas, with white tile walls swaddling the simple wooden floor & furnishings – presumably so that nothing distracts you from what’s coming out of the open kitchen, which is a little more complicated: the menu follows Portland’s lead with a seasonally rotating and inventive modern British approach, including the likes of… 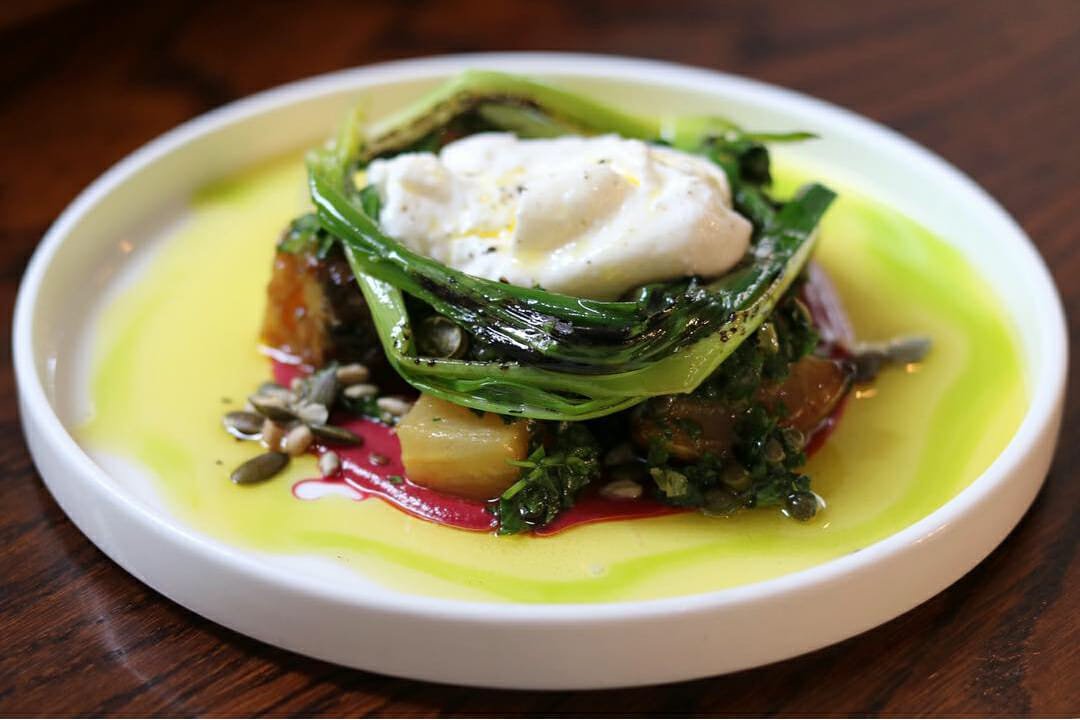 With highlights like ravioli of hay baked carrot & ricotta topped with brown butter & hazelnuts; a huge 400g, 84-day-aged slab of Yorkshire beef with onions & pickled walnut salsa verde; or some wood pigeon with corn, girolles & buckwheat. None of which would be complete without some –

And even the soft drinks here are interesting, with quenchers like yuzu-ade, or apple & sorrel juice. Hard stuff ranges from classic-twist cocktails (an Old Fashioned with cherry marmalade, a rhubarb & orange G&T, etc.) to draught wine, with 4 red & 4 white taps from kegs filled directly at the winery.

Like trying the newest stuff? Check out our guide to recently opened restaurants