Over in France, Cocotte can mean two things.

1) A small heatproof dish in which individual portions of food can be cooked and served, or

However, you can find only one of those in Westbourne Grove’s cosy chicken joint, Cocotte.

Plucked from an ethically-run farm in La Chapelle d’Andaine in France, Cocotte’s chickens are marinated in a top secret jus for 24 hours, before being roasted and served up in full, half or quarter portions, like in a classic French rotisserie. It was just this kind of establishment that the Parisian founders and age-old friends missed when they moved to London, and so decided to set one up themselves – which wasn’t harmed by the fact that one of those friends happened to be a chef with a pair of Michelin-starred restaurants already under his belt. 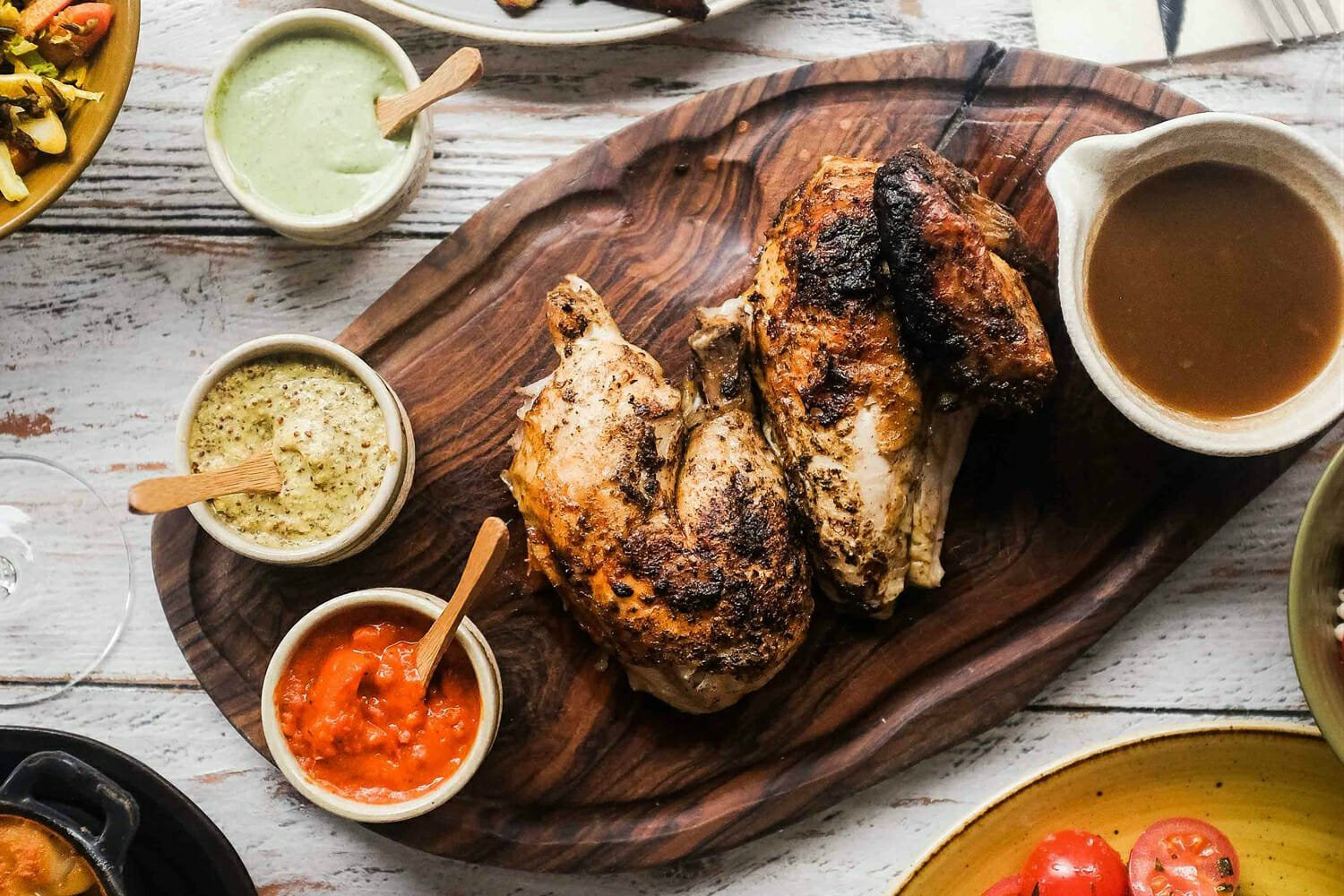 Here, the menu’s simple but well executed, leaving the bulk of the meal to the chicken. Accompanying it, you can expect to find a host of sauces, from BBQ to truffle mayo, healthy grain salads, and sides like the baby new potatoes roasted in chicken dripping, truffled mac and cheese, and creamy mash. Desserts, meanwhile, range from slabs of cake to delicate mochi – pebbles of ice cream in flavours like green tea or strawberry cheesecake, encased in sweet Japanese rice. You can even head in on a weekend for luxurious truffled croque monsieurs, chicken waffles, and croissant waffles with Nutella.

And to drink? They’re sporting a brand sparkling new spritz menu made with Berlin-based Belsazar vermouth, like the Riviera, which muddles peach with Belsazar white, rosé wine, Angostura bitters and lime juice. It’s all served up in a cosy, brick-walled dining room, with a marble dining counter overlooking the open kitchen, where you’ll be serenaded with seductive wafts of slowly roasting chicken…

And that’s one cocotte nobody can resist.

NOTE: Cocotte Notting Hill is open daily from 12-10pm (11pm Fri & Sat). You can find out more, book a table or order click & collect on their website HERE.