And it immediately looked like the foundation of something big…

You see, he took all of his experience working as the head chef at Nathan Outlaw’s Michelin-starred London outpost (his restaurants have four Stars between them) and poured it into his own vision of a seafood joint.

Being from Cornwall didn’t hurt either.

The restaurant itself is in Hackney Wick (and is actually named after an Arctic Monkeys track). With a distinct feeling of beautiful industrial minimalism, it features a stark black bar punctuating an all-white space, with the occasional wood furnishing – such as a 5000 year old oak table, salvaged from a Croatian river – to take the edge off. Behind that bar is a small open kitchen, from which the chefs cook up an unsurprisingly seafood-driven menu, which, within a few short years of opening, has won the place a Michelin star of its own. So what can you expect? 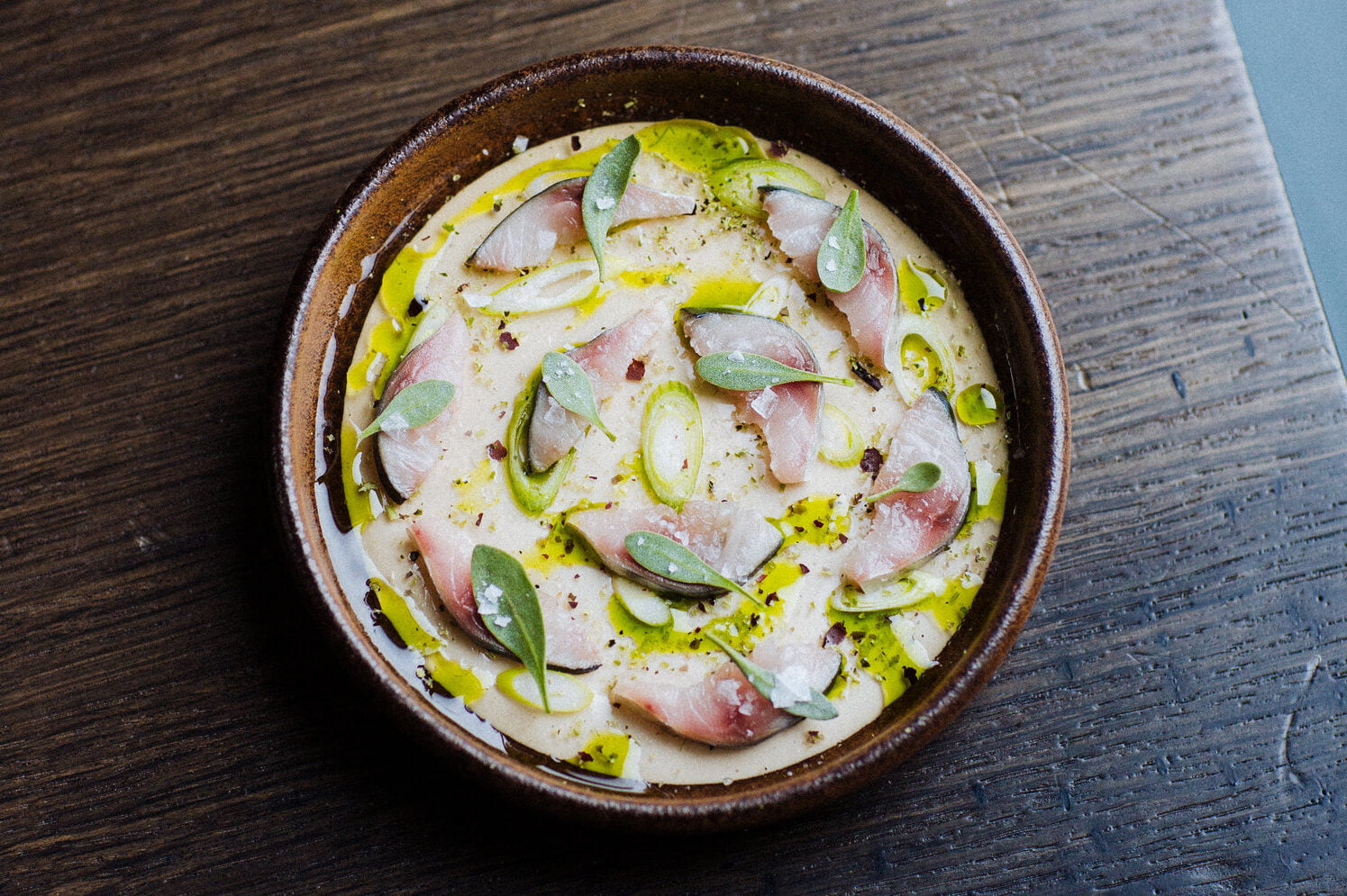 The menu rotates according to whatever Poseidon allows the day boats to snap up, with a few samples including raw scallops with roast chicken dressing, tarragon & mushrooms; octopus cooked in cider with an apple & lentil dressing; and duck leg scrumpets (like crispy, fried nuggets) with chicory ketchup, orange, and smoked almonds. For dessert, they’ve got chocolate mousse with peanuts, lime, and stout, or a baked-to-order pear crumble with Earl Grey ice cream which you’ll need to give them 20mins notice for.

That bar isn’t just an open kitchen, it’s also, well, a bar where they’re shaking up cocktails that include their English Negroni (it has English vermouth and some rosehip liqueur), and their Cornerstone G&T, which includes their very own gin, made for them by Cornwall’s Wrecking Coast distillery and specifically designed to pair with seafood.

So you should definitely get it on the rocks.

NOTE: Cornerstone is open for dinner Tues-Sat (6-9pm) and lunch Wed-Sat (12-2pm). You can find out more, and make a booking on their website right HERE.