Irish food in London hasn’t had the luck of, well… you know.

With the occasional exception, it’s been broadly restricted to oyster bars or pubs, frequently without the scope to show off the nation’s culinary inventiveness & soul. But then along comes someone like Richard Corrigan. For those who don’t know him, he’s one of the Emerald Isle’s most successful chefs in recent decades, having scored Michelin Stars at three different restaurants, won Great British Menu three times, and been awarded London Restaurant of the Year four times in a career littered with culinary accomplishments.

You’ll find it just off the Old Street roundabout, in a sizeable space wrapped with equally sizeable windows, which throw light onto the simple wood & wicker furnishings. There are a few dashes of green and the occasional photo on the wall of an Irish historical figure, but for the most part it’s kept quite low-key. The real heart of the restaurant is the charcoal grill sitting in the centre of the open kitchen, which itself is abutted by a 10-seater oyster bar (they are delicious, after all). 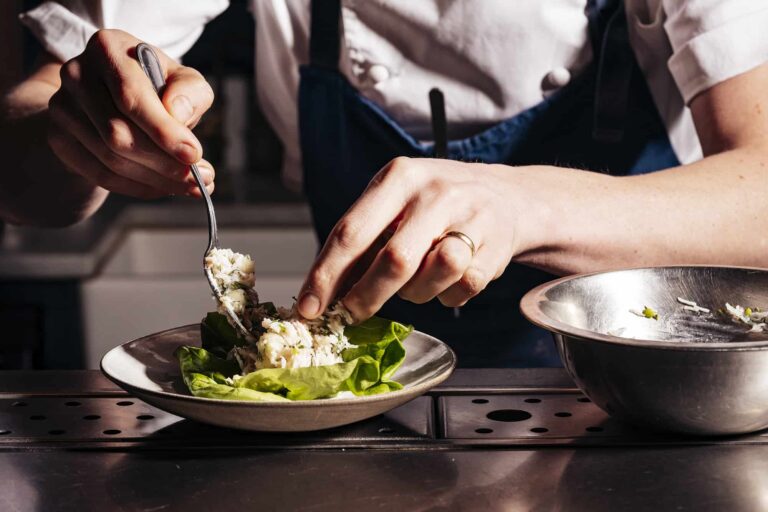 The food coming out of that kitchen is all modern Irish, using mostly Irish produce (some of which comes from Corrigan’s own estate) and frequently embracing international flavours. The starters include the likes of beef tartare with oyster cream; or some bass ceviche with blood orange & pickle. The main courses coming off the grill include some sugar pit pork (ribs that have literally been buried in sugar for a week) with black beans & lime; wood-roast lobster with Cavan kimchi; and a ‘back of sole’ with grapes & hazelnuts.

And if you’re after a drink with all that, then you’ll want to head downstairs to… 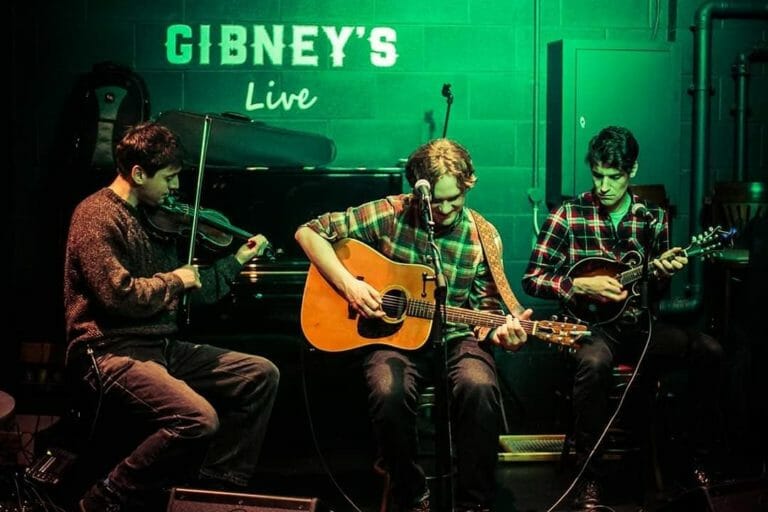 Now, Daffodil Mulligan sits on top of a large bar space. And being a legendary Irish restauranteur, Richard Corrigan wanted a suitably legendary Irish bar to come in and run the space.

And boy, did he get one.

Now the drinks are being supplied by none other than Gibney’s of Malahide, an 80 year old Dublin pub that’s been in the same family for generations. This is their first outpost abroad, and Tony Gibney himself has come over with his sons to run the joint. The space they’ve got is filled with inviting little snug booths, a long pub-style bar, and a small stage for live music. To go with that live music (and occasional comedy) you can expect 120+ Irish whiskies, special cocktails, and Gibney’s Stout on draft; the only place you’ll find it outside of Ireland. 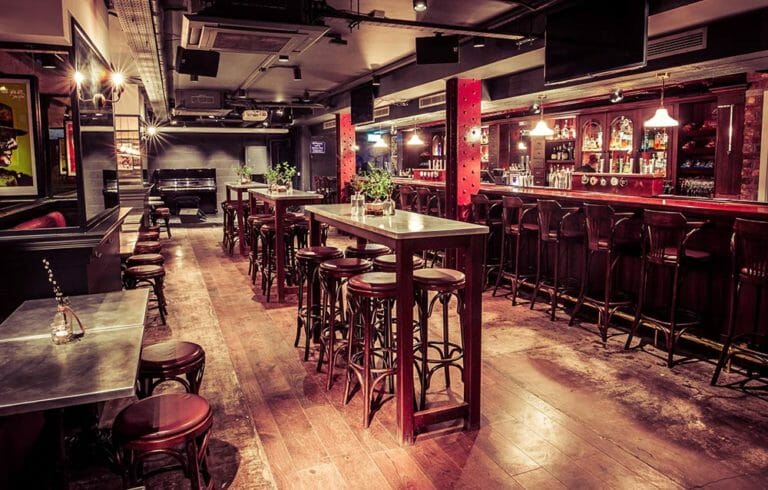 Of course, there are also some top-shelf bar snacks on offer, too. Corrigan has turned his hand to a Durrus cheese toastie (made with West Cork’s Durrus farmhouse cheese), some crab salad, oysters, a black pudding sando, and more.

And as for the name? It’s a reference to a real person, Daffodil Mulligan, who was the daughter of street seller Biddy Mulligan, both of whom have been immortalised in folk songs over the years.

NOTE: Daffodil Mulligan is open for lunch and dinner Tues-Sat, and lunch on Sundays (12-3.30pm) – you can reserve a table, if you’d like to, HERE.

Work in the area? Check out these other great restaurants in Old Street