Apparently you’ve been wondering whether a casual, East Coast-style diner serving an experimental menu of American and Mexican fast food is open.

Which makes this quite the coincidence.

Se llama DF (named after the Distrito Federal, AKA Mexico City) and it can be found on old Brick Lane. Should you be interested in the backstory – and who wouldn’t be – it’s the brainchild of Wahaca founders Mark Selby and “cuisinier extraordinaire” Thomasina Miers, who came up with the concept of an American-influenced Mexican diner after selflessly voyaging around The US and Mexico for weeks on end, tirelessly sourcing delicious ingredients and tasting innovative, mouth-watering dishes so that you didn’t have to.

Talk about taking one for the team. 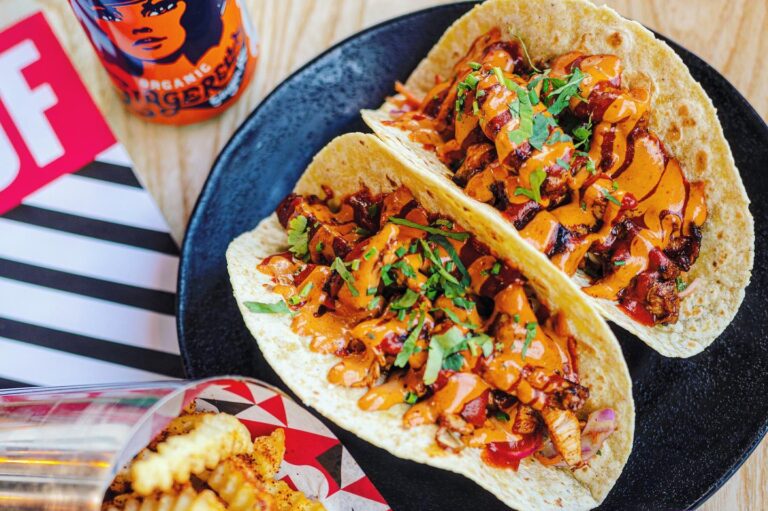 “A crash course in modern Mexico”, DF’s essentially a cross between Nando’s (in that you order at a counter, and have your food delivered to your table, and there’s refillable drinks stations), an American diner and a Mexican food truck serving dishes created by a former Masterchef winner.

NOTE: Just turn up whenever you like – DF’s open from 12pm daily. Find out more HERE.

ALSO NOTE: DF  has now opened a second branch in Tottenham Court Road. Which is nice.

Like being in the loop about London’s newest openings? Check out the Best Recently Opened Restaurants