For their newest restaurant, the Dishoom team have taken inspiration from the Irani cafés of the ‘70s that were dotted around the Bombay Stock Exchange.

You can bank on it being pretty good…

It’s also fitting then that Canary Wharf has been chosen as the location (next to the floating Hawksmoor Wood Wharf) and is by far their largest site. Taking up a hefty 8,800 sq ft, there’s room for 350 diners over two floors; in the main restaurant, a high-ceilinged atrium bar (the Permit Room) and a comfy, fenced terrace at the entrance with views peeking out over the water. Don’t fret though, the increase in size hasn’t diminished the waits – a quintessential part of the Dishoom experience, along with the free shots of chai…

Credited for being some of the best Indian restaurants in London, the city’s infatuation with Dishoom (there’s now five here – Dishoom King’s Cross, Dishoom Shoreditch, Dishoom Kensington, Dishoom Carnaby and the one where it all began, Dishoom Covent Garden) can be broken up into four main parts: spectacular interiors that pay homage to different periods of Bombay/Mumbai in the 20th century, South Indian and Parsi street food dishes and sharing-style plates (that are so popular they even have their own cookbook), wondrous cocktails, and making the act of ‘going to an Indian restaurant for breakfast’ a thing. Dishoom Canary Wharf is no different, and here’s why: 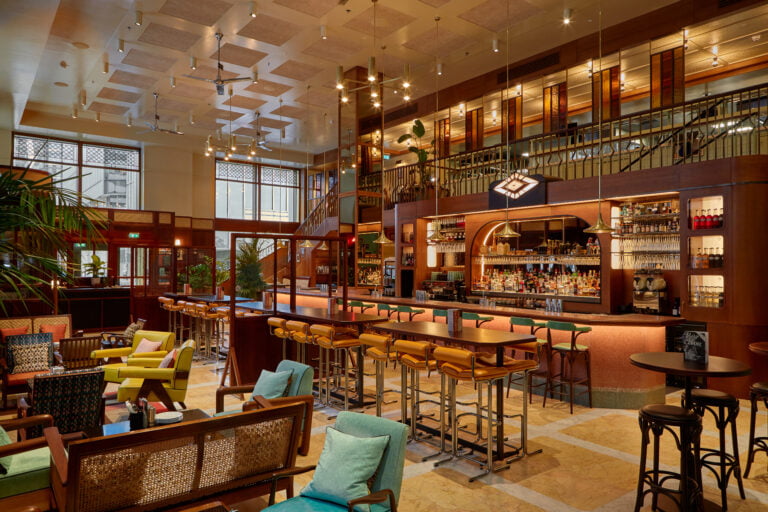 At Dishoom Canary Wharf, the idea is that you’re in an Irani café owned by a financial fraudster near the Bombay Stock Exchange, and to bring this scenario to life (minus the conman owner), they’ve filled the space with antiques sourced directly from antique dealers in Mumbai (like the striking vintage lobby clock above the bar) and Dishoom’s classic design escapism (rattan fixtures, parquet-tiled floors, tropical greenery mixed in with low-slung upholstered leather banquettes and photographs on the walls portraying the people of Bombay from the era going about their business). 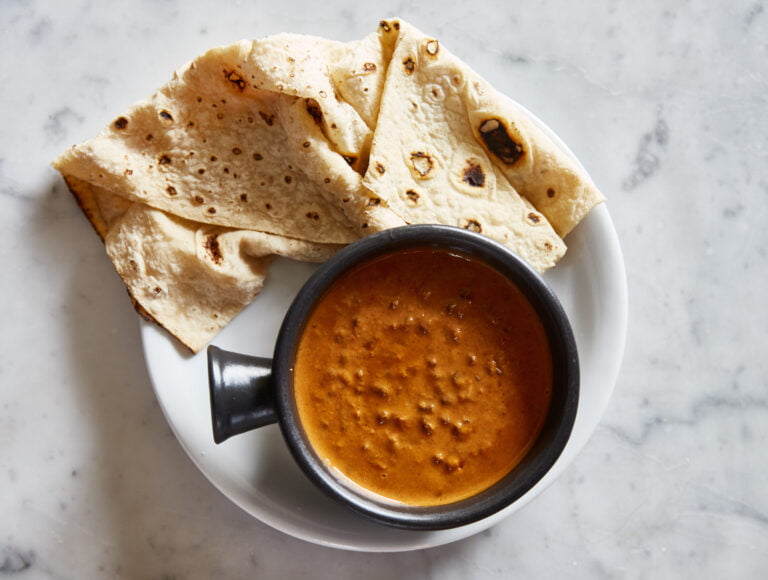 You’ll find the menu to be about 99% the same as the other Dishooms, which is a necessary to prevent any riots, so all the big hitters are here, including the house black daal, ruby chicken, gunpowder potatoes and grilled spicy lamb chops (for reference, this ordering sequence is proven method of doing Dishoom right). The other 1% goes to Dishoom Canary Wharf’s sole unique dish, a Billingsgate lobster marinated in a creamy malai sauce and rubbed with lime and chilli for a citrusy finish. 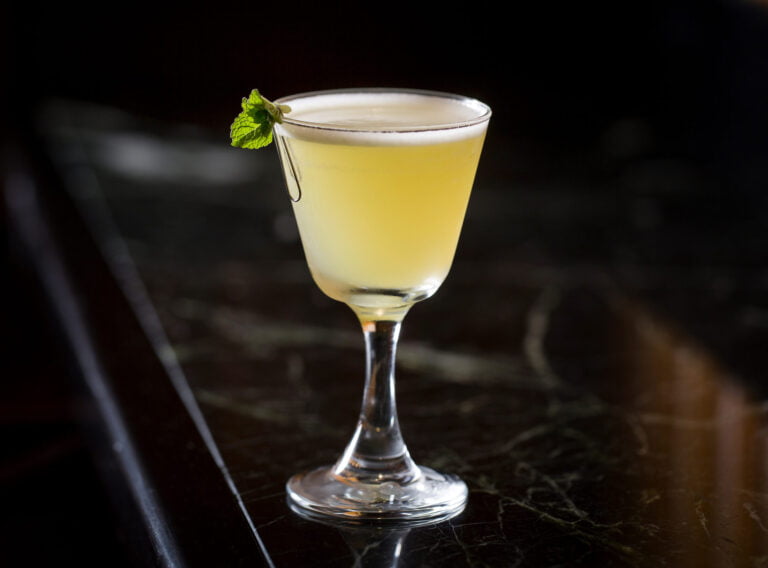 Dishoom’s India pale ale, lassis, sharbats, wines and modern Indian cocktails are all here. There’s a tipple for everyone, but if you’ve got one eye on the cocktails already, go for the Cyrus Irani (a margarita with turmeric-honey lassi syrup) and the 1948 sour, which is a whiskey sour made using an Indian single malt whisky, Amrut. Oh, and definitely an espresso martini (The ‘Monsoon Martini’ here) that they mix with black walnut bitters and chilli liquor for added oomph. 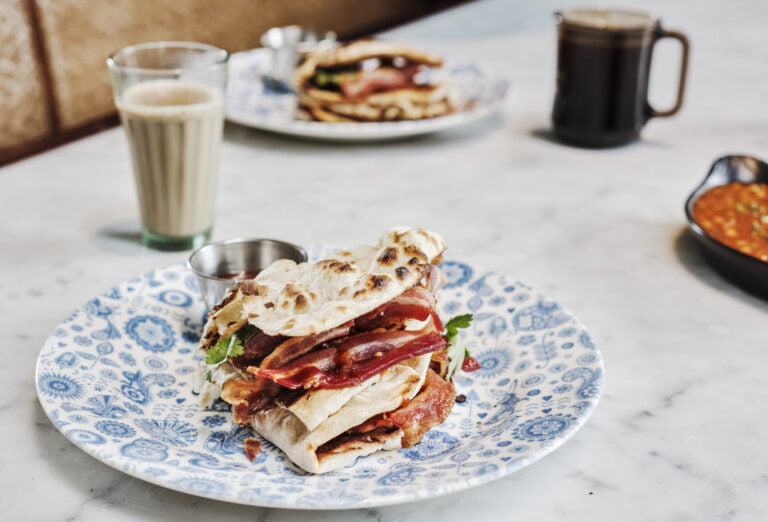 It’s all yours from 8am, so with a bit of tactical nous you might be able to get this in before a big day in the office. There’s the chilli cheese on toast, three-egg Parsi omelette, The Big Bombay (Dishoom’s version of a full English ft. char-stripped streaky bacon, pork sausages, masala beans, homemade buns and more), a bloody Mary (maybe not advised to sneak this in before work) and a little something called a bacon naan roll (a bap with streaky bacon and chilli jam) that’s widely-regarded as the face of the menu.


NOTE: Dishoom Canary Wharf is open daily for breakfast, lunch, dinner and then after-dinner drinks (Sun-Thurs it closes at 11pm and Fri-Sat at midnight). You can book a table until 5.45pm on their website, here, but after that it’s walk-ins.

Need a checklist of all the area’s top eateries? Hey, we’ve got one… a guide to the best restaurants in Canary Wharf