Today’s topic: ‘The history and origin of Irani style cafés in India’s city of Bombay, and their transcendence to the modern day fabric of London’s food scene’.

Let’s begin with Dishoom Carnaby (the fourth in Dishoom’s line of successful London restaurants), and – like all its older siblings – a grand modern Irani café / restaurant and cocktail lounge serving an all day collection of traditional parsi and Southern Bombay street food sharing plates.

One of which is Dishoom Carnaby, in London. 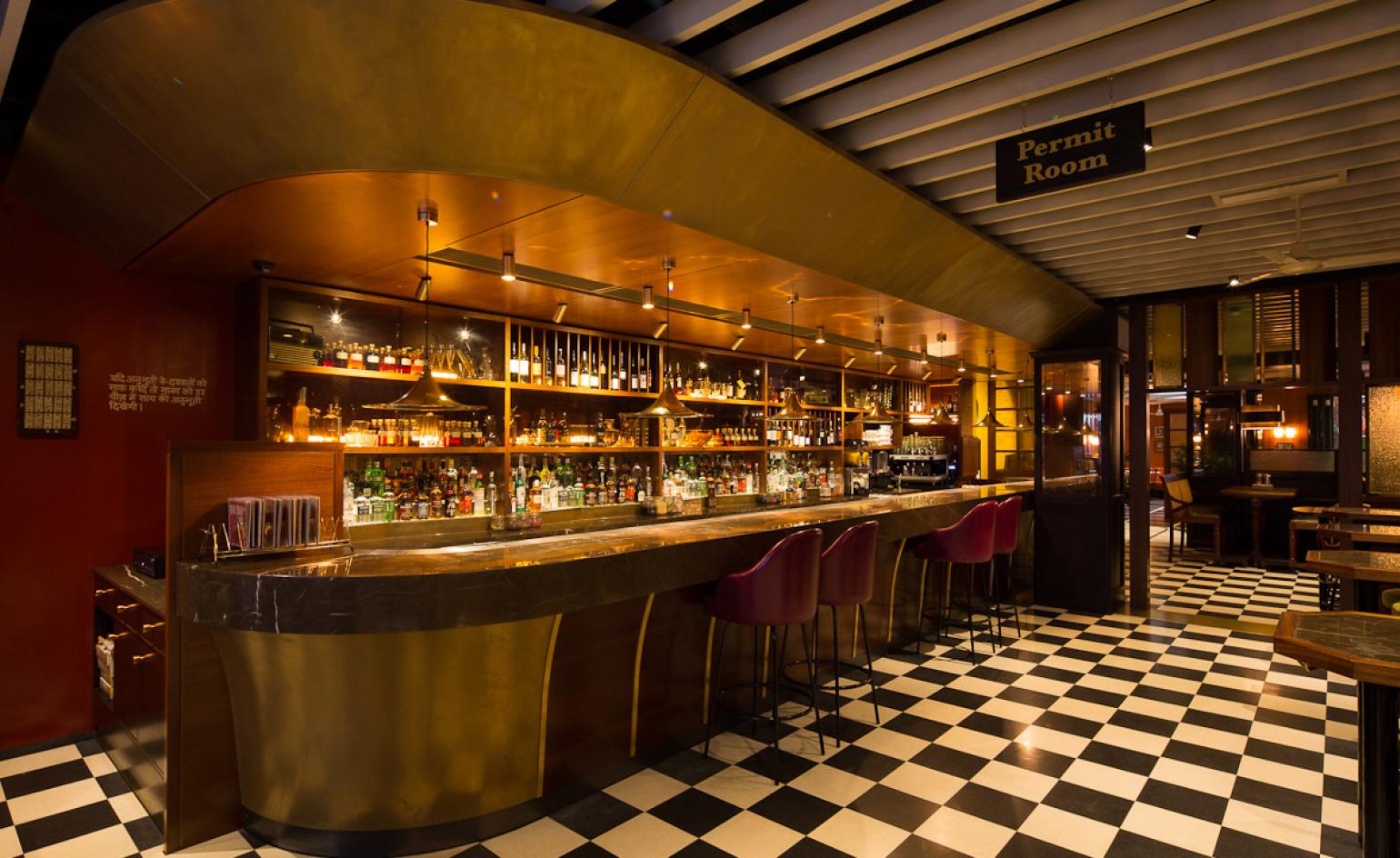 It – and onto the second topic of today’s class – is just like its predecessors, in that you’ll be able to get the bacon naan breakfast roll, Gujarati filo stuffed with minced lamb and spices, chilli cheese toast, and 24 hour lime juice and jaggery marinated lamb chops. And it’s unlike its predecessors in that you’ll also be able to get Carnaby’s signature dish of Sali Boti — lamb braised in gravy, finished with crunchy sali crisp-chips and served with buttered roomali rotis.

For drinks, there’s the ‘Permit Room’. Somewhere that serves up unsuspectingly potent modern Indian cocktails created by Carl Brown and inspired by the 1960s, which include ‘The Debonair’ (orange, marmalade vodka, ginger, star anise, bitters and orange cream soda) and the ‘Velvette Fogg’ (chai ice cream, coffee liqueur and vodka).

They also have a private rear courtyard, it’s nice.

NOTE: Dishoom Carnaby is open daily for breakfast, lunch, dinner and drinks. You can make a reservation (for any amount of people before 6pm, and for groups of 6 or more after 6pm, every day) HERE. Please note, the walk-in queues are always huge here, so arrive early for dinner if you can.