Or in other words, ‘I am not a fish’; which (given its weighty logic) will undoubtedly come in handy at some stage.

What comes in handy now though, is ‘Omne Trium Perfectum’, meaning that any set of three is complete or perfect, and in turn completely explaining why Dishoom King’s Cross – the third incarnation of the Irani styled Bombay Café trio in London – has elevated the status of its Shoreditch and Covent Garden predecessors… by being better than them.

And who doesn’t love a giant clock. 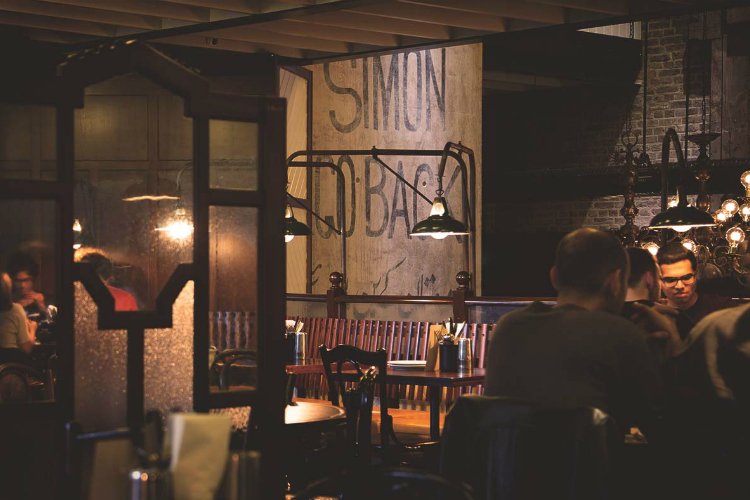 Then, after an array of small plate sampling and clock gazing, you can retire to the speakeasy style Permit Room, where (along with international wines and local beers) bartenders pour bottle and cask-aged cocktails like the Sir Jeejeebhoy (a coconut water-infused Old Fashioned) and the Rudy Cotton (with rum and blood orange) over hand-chipped ice bricks.

NOTE: Dishoom King’s Cross is open Mon-Wed 8am-11pm, Thurs & Fri 8am-midnight, Sat 9am-midnight and Sun 9am-11pm. You can find out more and reserve a table (for breakfast, lunch, and dinner for groups of 6+) HERE. Please note that there are always, always queues at dinnertime – so get there early if you can. Dogs are welcome outside.