Despite the name, E5 Bakehouse uses absolutely no artificial ingredients in its bread.

And that’s putting it quite mildly.

Housed in a starkly white spruced-up railway arch beneath London Fields Station, the Bakehouse is an all-organic, all-independent, all-natural, all-environmentally conscious, all-everything operation started by then-amateur baker Ben Mackinnon in 2011. Back then he had to literally hand-build his own wood-fired oven from brick & clay, and the urge to do things from scratch clearly hasn’t left. 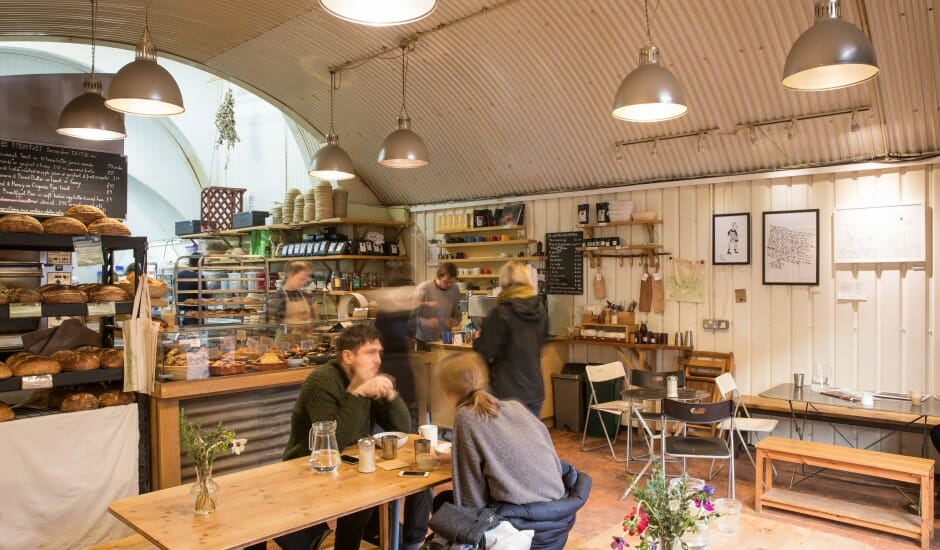 Nowadays the bread they make all begins life with exclusively organic, UK-grown wheat, which the team will grind into flour themselves using their own stone mill at sunrise daily. It’s tough to emphasise how rare it is for a bakery to have its own mill – let alone a stone mill – but such is their dedication to scratch-making. It’s then mixed with water and sourdough starter (meaning it’s leavened entirely from wild yeast) before being baked in an oven powered by renewable energy, wrapped in biodegradable packaging, and either placed on the shelves, or delivered on a custom-made bicycle. And of course, any waste from the entire process is either recycled or composted – no sh*t.

And sure, making a decent loaf of bread may not exactly be brain surgery, but it just so happens that head baker Eyal Schwartz literally has a PhD in neuroscience anyway. He expertly makes everything from a Hackney Wild, to a Gilchester Bun, a seeded rye, a Swedish spelt loaf, and a multigrain made with four different flours. And let’s not forget the pastries either, because their croissants & cinnamon buns are somewhat fantastic. 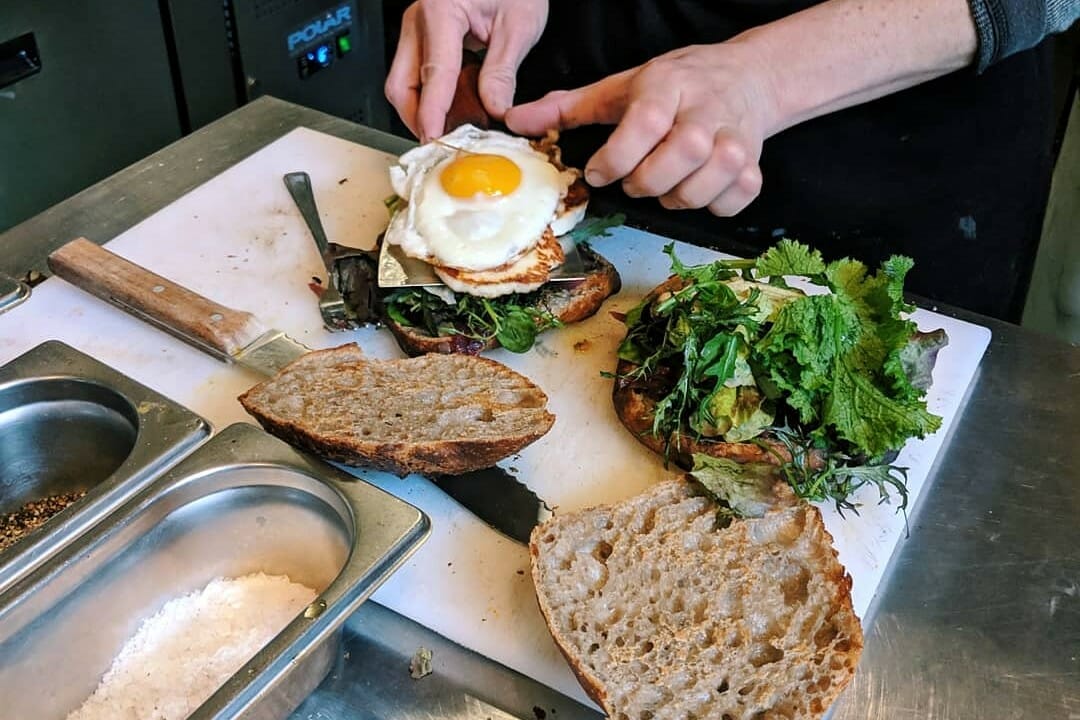 If you pop down before 3pm on any given day you can grab something from their on-site cafe for breakfast, lunch, or weekend brunch. You can expect the likes of buckwheat galettes with greens, cheddar and egg, for instance, or Fen Farm brie & tomato on focaccia… but the menus do change daily and the chefs like to stay creative.

And finally, if you want to leave with more than just a loaf and a smile, you can pop into their on-site shop, where they’re selling many of the other things that they scratch-make on site. Sure, there’s the flour, but it turns out that they also make their chocolate, roast their own coffee, churn their own butter, blend their own granola, pickle their own pickles, and preserve their own preserves.

And yes, they do grow the ingredients for those on their own farm in Sussex.

Of course.
NOTE: E5 Bakehouse is open, although the cafe is temporarily closed due to Covid. You can find out more at their website right HERE.
E5 Bakehouse | Arch 396, Mentmore Terrace, E8 3PH