All hail, Forza Win is returning.

For anyone out of the loop, allow us to throw our information lasso around your brain: Forza Win was a rambunctious pizza, pasta and cocktail spot housed in a stylishly ramshackle old cash & carry warehouse by the Bussey Building which opened after a series of ludicrously successful pop ups, and went on to become one of the best restaurants in Peckham. Then, Covid came along and did its horrendous thing.

Now after two years of hibernation, Forza has finally announced its glorious return, this time in Camberwell. 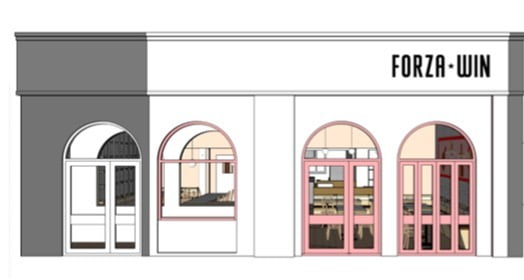 The new location is on Church Street, in an old tapas joint called Angels & Gypsies that went belly-up back in 2016. The space itself certainly wasn’t to blame though, made with beautiful brick arches throughout, and a huge centrepiece curved bar. What the Forza team make out of it will be extremely interesting given that they’re saying it’ll take literally months of renovations to achieve their vision before they’re ready to open. Currently, they’re looking at a September ribbon-cutting.

On the menu, it’s going to the the same formula that made them so great in the first place: five course Italian feasts stuffed with delicious antipasti, fresh pastas, creamy risottos, hearty meat & fish dishes, zing sorbets, and a lot more. By which we mean, a lot more wine.

If you want a preview? Head on down (or rather, up) to Forza Wine, currently situated on top of the Bussey Building itself.

NOTE: Forza Win is set to re-open in its new Camberwell location this September. We’ll be back then with the full scoop. In the meantime, you can find out more at their website right here.