The Frog has spawned.

It’s the second in his planned army* of Frog establishments, following the success of his laid-back, urban-styled fine-dining in Hoxton. This branch, positioned as his flagship restaurant, is spread over two floors, including a private dining room with its own dedicated kitchen, and a speakeasy-style basement bar, Eve. 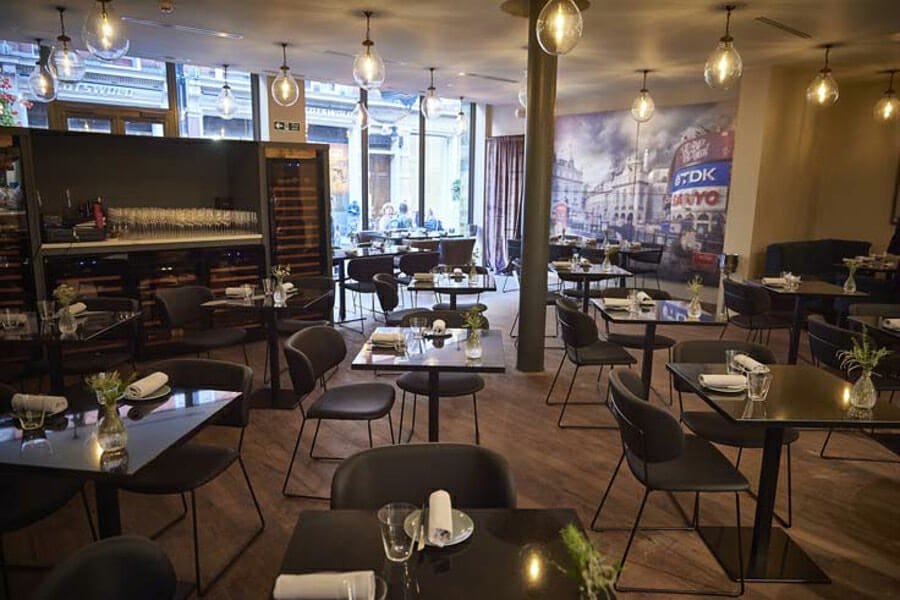 The decor upstairs might be on the underwhelming side – plain black tables and chairs look a bit utilitarian without anything to play off, and the mural of Piccadilly Circus feels like it’s there for the tourists more than anything else. But 90% of the time, your eyes will be drawn down to your plate. Exquisitely presented dishes arrive in puffs of smoke; servers diligently pour on sauces that transfer the ingredients beneath; and millimetre-perfect droplets and dustings of garnishes adorn every plate.

Only time will tell if he can beet that…

*apparently, the actual collective noun for a group of frogs. Scary.

NOTE: Frog by Adam Handling is open for lunch and dinner, Tues-Sat, and you can reserve a table HERE.