GROUND at the Spurstowe Arms

Which is why we’re such fans of GROUND – they produce climate-positive burgers that aren’t just not bad for the environment, but they actually help reduce carbon.

It doesn’t hurt that they’re delicious, too.

They’re taking up residency in the kitchens at the thoroughly laid-back Spurstowe Arms up in London Fields (lots of wood, church pew seating, old fashioned in the best ways) where they’ll stay for the foreseeable future, serving up burgers, fries, and climactically clear consciences. 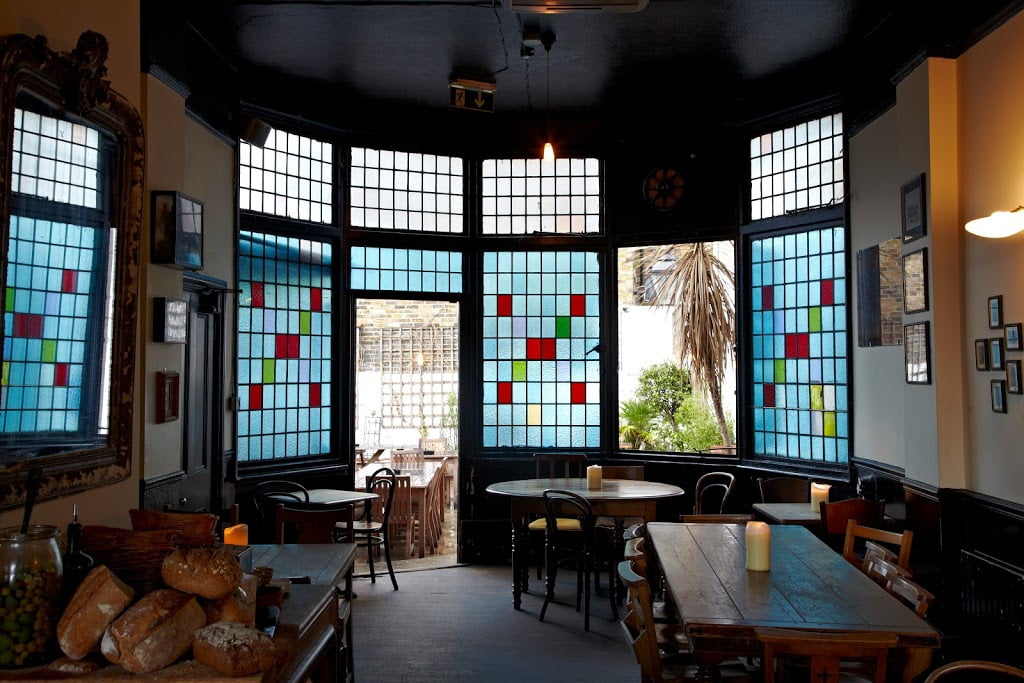 So how do all these bold claims work? Well, it’s all run by duo Farshad Kazemian & Lily Bovey, founders of The Ethical Butcher, who use a small network of UK based famers that practice regenerative agriculture methods. This is considerably more labor-intensive than simple monoculture farming, but it’s worth it. By mimicking natural cattle migrations, leaving the land unploughed, rotating crops, and allowing areas to naturally re-wild, the land actually sequesters carbon from the atmosphere. And quite a lot, too. As a bonus, the beef is pasture-fed, and has a far better nutritional profile. 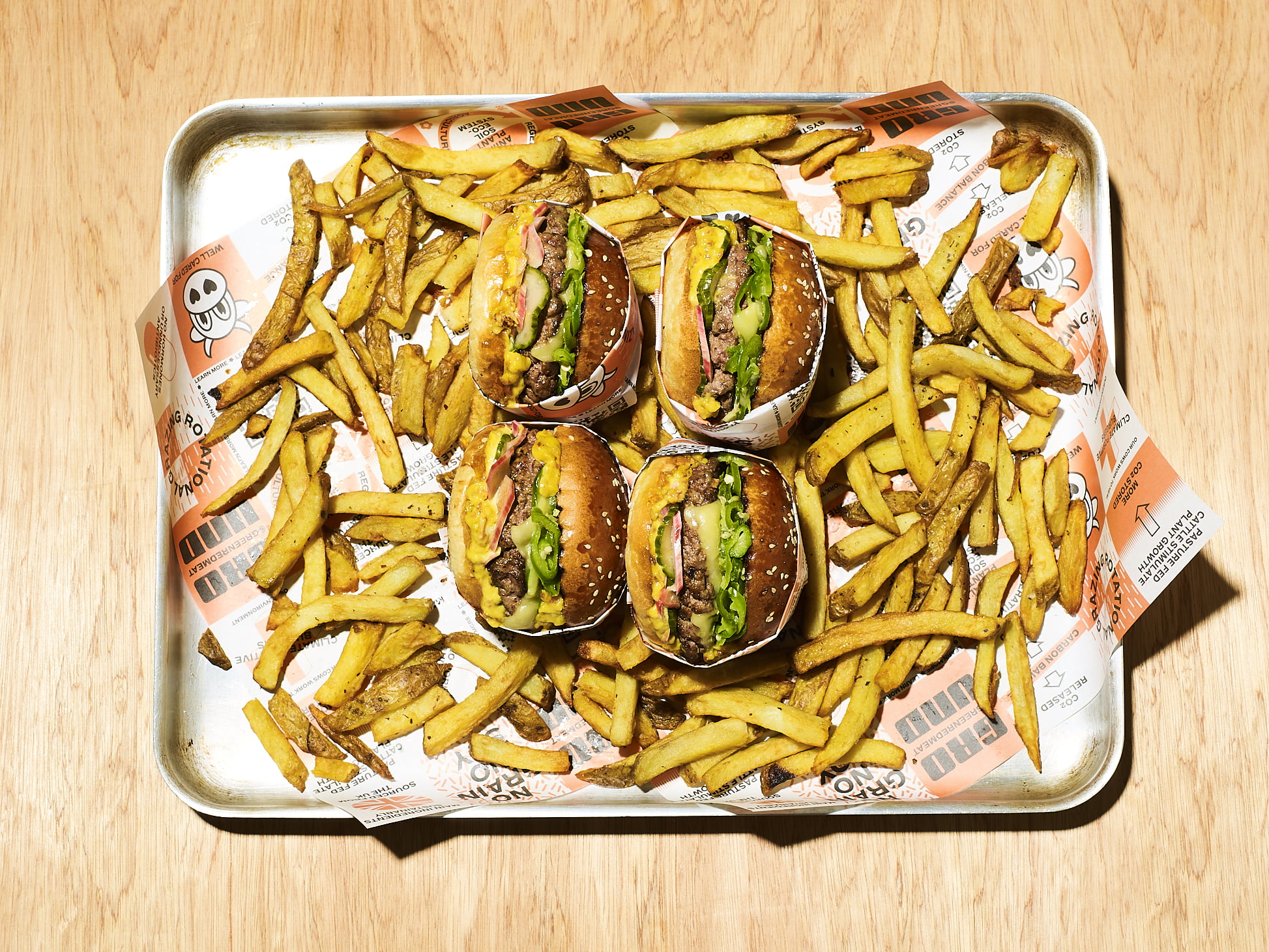 So, let’s talk burgers. The main event is the GROUNDbreaker, which is the one made with this fancy beef. It’s got a whole lot of green chilli on top of it, plus an indecent amount of cheese (strictly pasture-fed), baconnaise, and pickles, all packed into a golden brioche bun. It’s juicy, it’s satisfying, it’s pretty much the Platonic ideal of what a burger is supposed to be. Alongside it, there’s also an all-vegan Simplicity Burger patty in a vegan brioche bun, and a fried chicken number loaded with charred spring onions & wild garlic mayo.

The supporting acts include some seaweed fries made from Pierre Koffman potatoes (he’s a three Michelin Star chef who decided to try and grow perfect potatoes); some charred cabbage quarters with smoked chilli oil and walnuts; and a whole lot more. Every ingredient has been picked so as to travel as little as possible before getting to the plate, and even the oil they use is carbon neutral.

And if you want something to keep it all company on its way to your belly, there’s a thoroughly decent selection of wines & cocktails, including a ‘Sloegroni’. It’s a negroni made with sloe gin, and it’s deeeeelicious.

Which should help liven up the atmosphere.

NOTE: GROUND is now available seven days a week at The Spurstowe, near London Fields. There are no reservations. You can find out more, and check out the menu at the website right HERE.

GROUND at the Spurstowe Arms