It was bound to happen schooner or later.

Bowing to pier pressure, Hawksmoor’s finally smashed a big bottle of champagne on its very first – and most likely its last – floating outpost, Hawksmoor Canary Wharf.  Moored in Wood Wharf – just a stone’s throw from Canary Wharf tube station – it’s an eye-catching, three-levelled pavilion that’s part-boat and part-island of steak, with its twinkling lights casting a glittering reflection onto the water through sleek, slatted sides which somehow make it appear even more futuristic than the dozens of skyscrapers around it.

Crafted from sustainably sourced timber and aluminium, it has a roof that’ll eventually be covered in grass and wildflowers (specifically for their carbon capture value); it draws all of its power from Canary Wharf’s Combined Heat and Power network, which is a particularly efficient contained grid; and, as an added bonus, it’s as predictably handsome inside as it is floating outside… 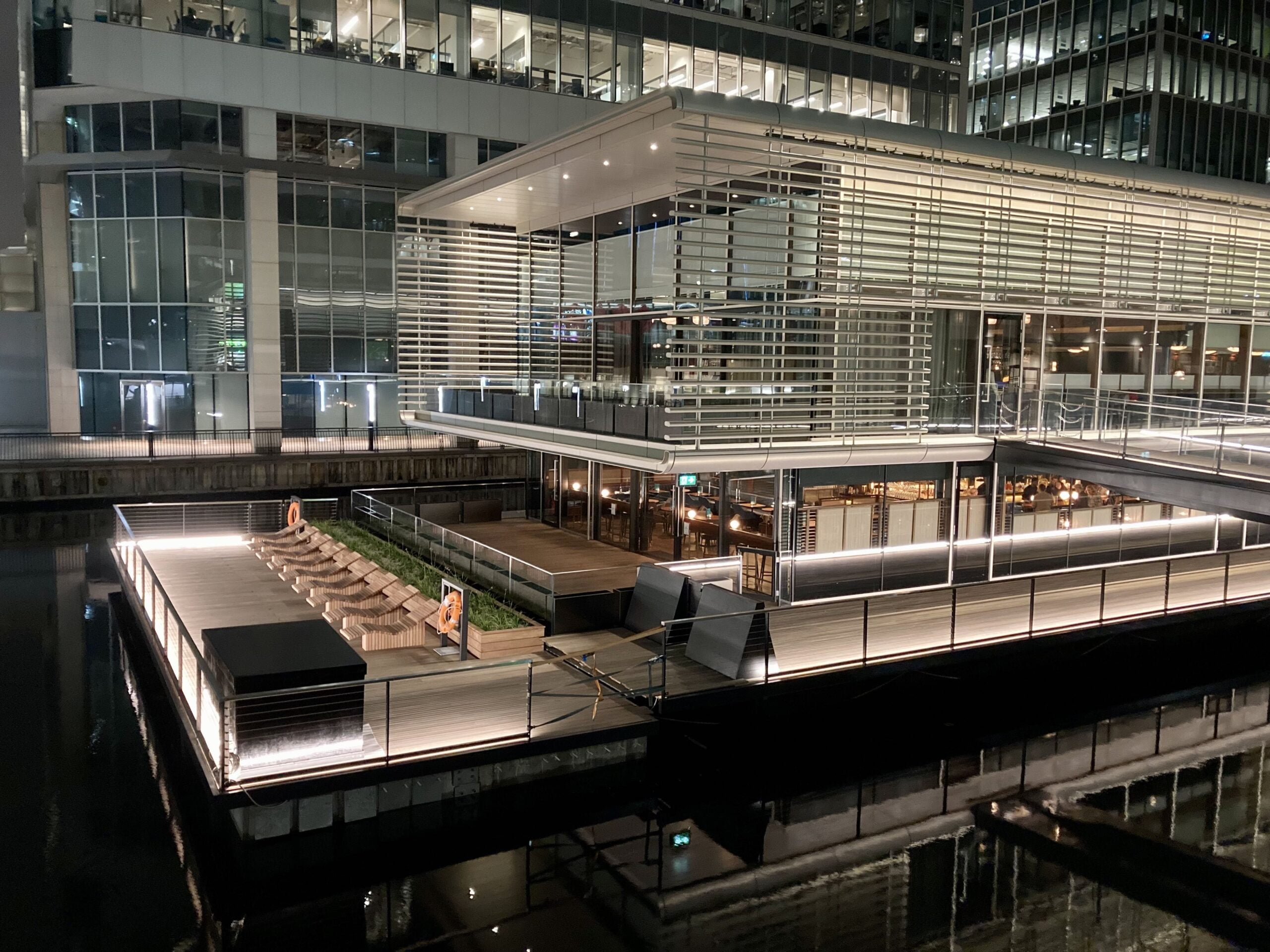 You access the restaurant from its own walkway, bringing you straight into the second storey of the building. This is the main restaurant area; a suave, low-lit lounge whose parquet floors, oxblood leather banquettes and marble-topped cocktail bar will feel pleasingly familiar. This is definitely a Hawksmoor, only with the smooth art deco lines of the glass booth dividers and vintage-lighting harking back to the golden age of transatlantic liner travel. 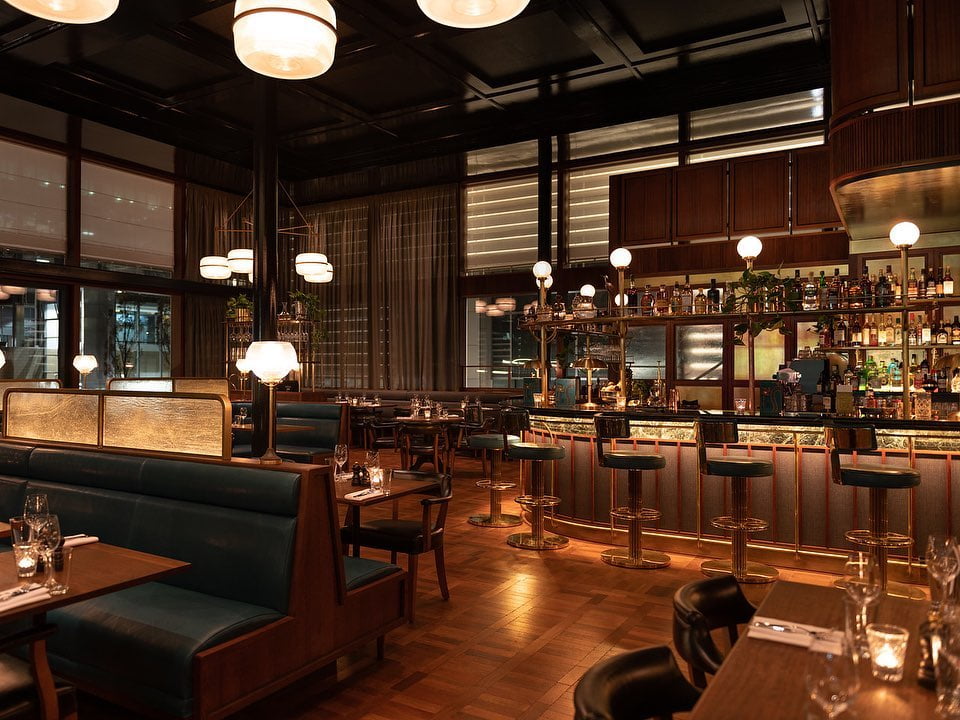 There’s a clever division of the space into different dining areas – two intimate, wood-panelled sections give way to an airy, double-height space, which in turn leads onto the outdoor terrace (which should hopefully open in the Spring), making this the first Hawksmoor venue to have outdoor dining. All told, there’s space for a colossal 150 diners. 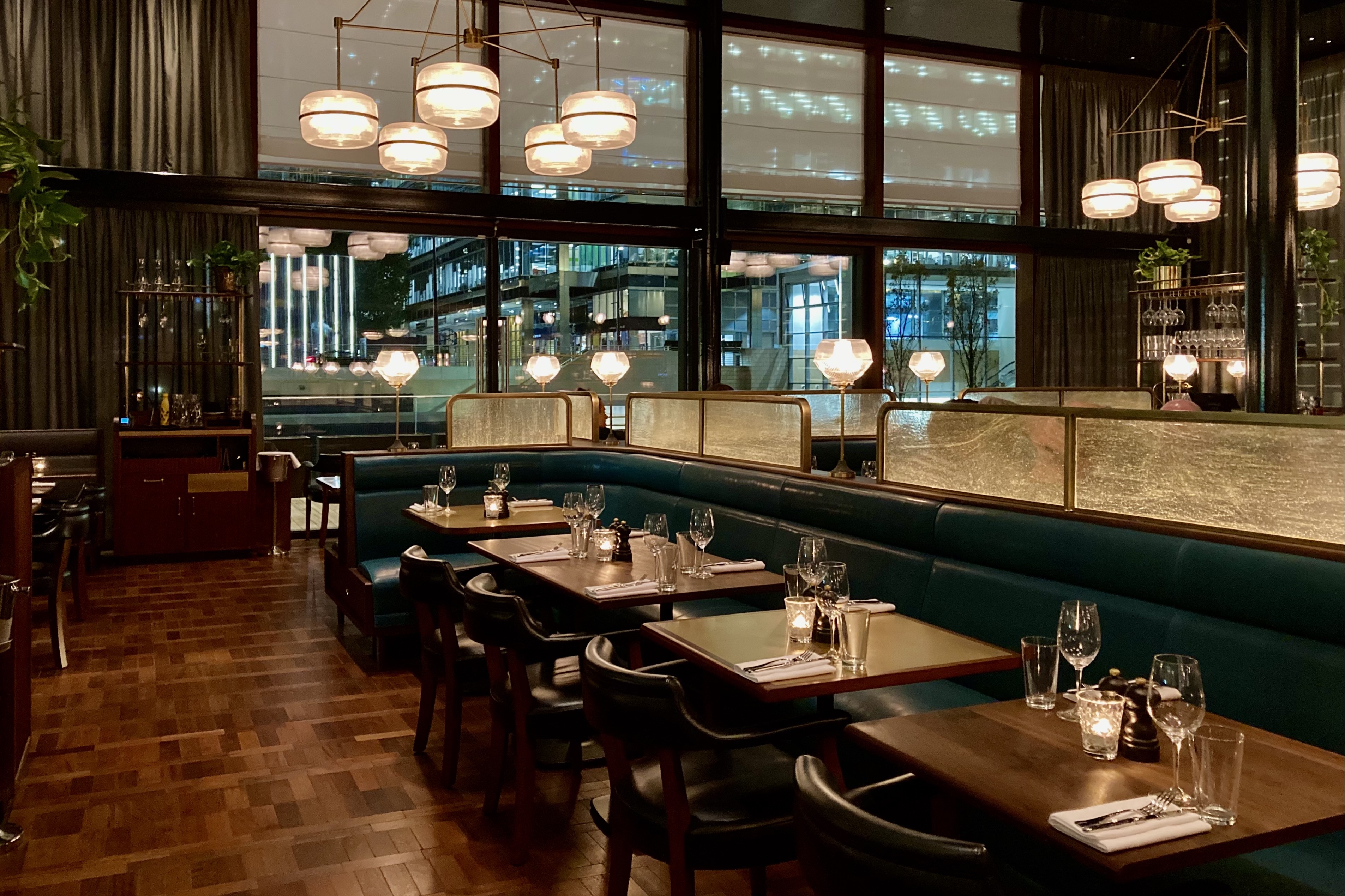 As you’d expect steak is the focus of the menu, however there are also opportunities to try out a selection of dishes from across the New York restaurant, like charcoal-grilled oysters, and halibut with porcini and bone marrow sauce. 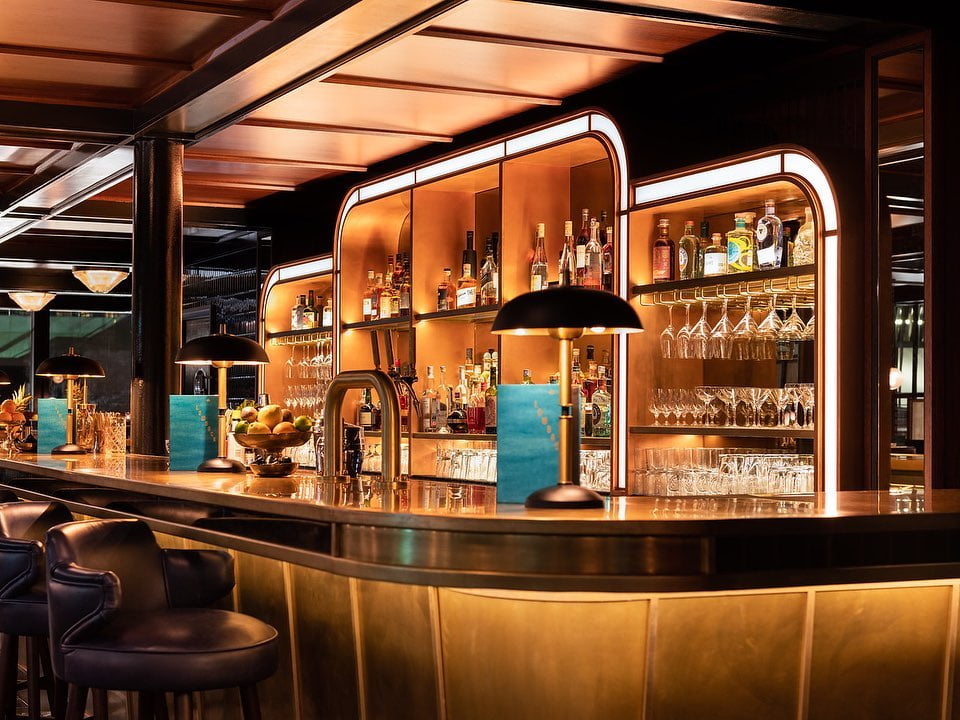 But that’s not all. Turn back to the lobby, descend the stairs and and into The Lowback – a cocktail den with art deco touches that features a golden, illuminated bar at its centre and a Mondrian-style glass panel that mirrors the windows of Hawksmoor’s original Spitalfields location. 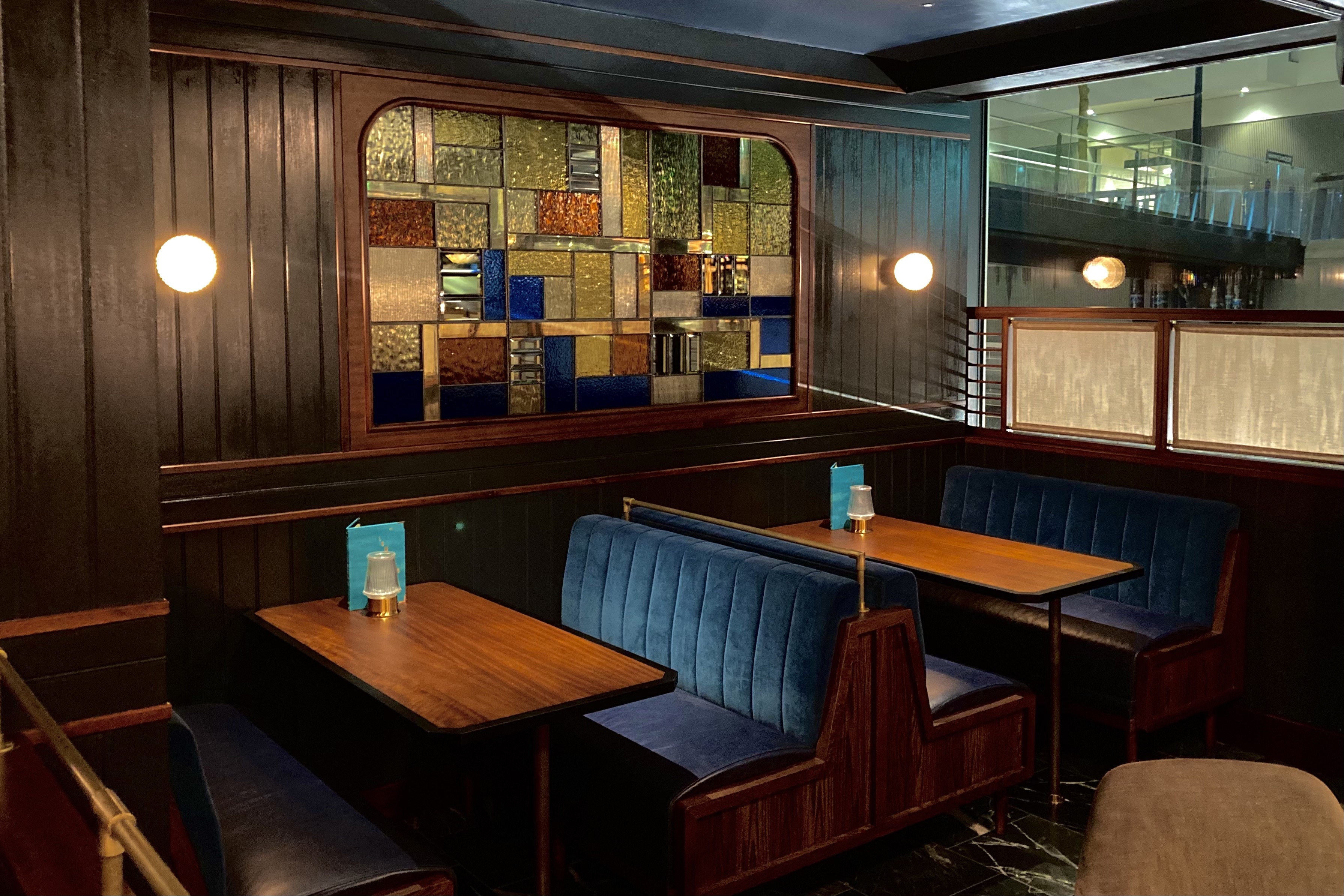 The seating’s much more relaxed here, and well suited to bigger groups, with cosy velvet booths and high tables with stools. On the menu, you’ll find the typical line-up of Hawksmoor classics – like the much-copied Shaky Pete’s Ginger Brew, and an updated take on the French House Fizz – as well as a brand new menu of Ultimate Champagne Cocktails, pre-mixed and served in bottles of fizz.

NOTE: Hawksmoor Canary Wharf is open for lunch and dinner, Tues-Sat. You can find out more, and book a table, HERE.

Like the sound of this? Check out our ultimate guide to Hawksmoor…