“The secret to success in business is honesty. So learn to fake it ASAP”.

You’re guaranteed to yawn on 87% of the occasions that you see someone else doing the same.

It’s just one of those physical reactions that you have little conscious control over, like indiscriminately reacting to any sentence which begins with the word “honestly….” by shouting,

So, given that there’s actual science behind this, nobody will be surprised if you instinctively raise a cynical eyebrow at the name of Soho burger joint “Honest Burgers”.

Everyone will, however, be very surprised if you keep it raised, because A) the place is amazing, and B) it really hurts to try and keep an eyebrow raised for too long. 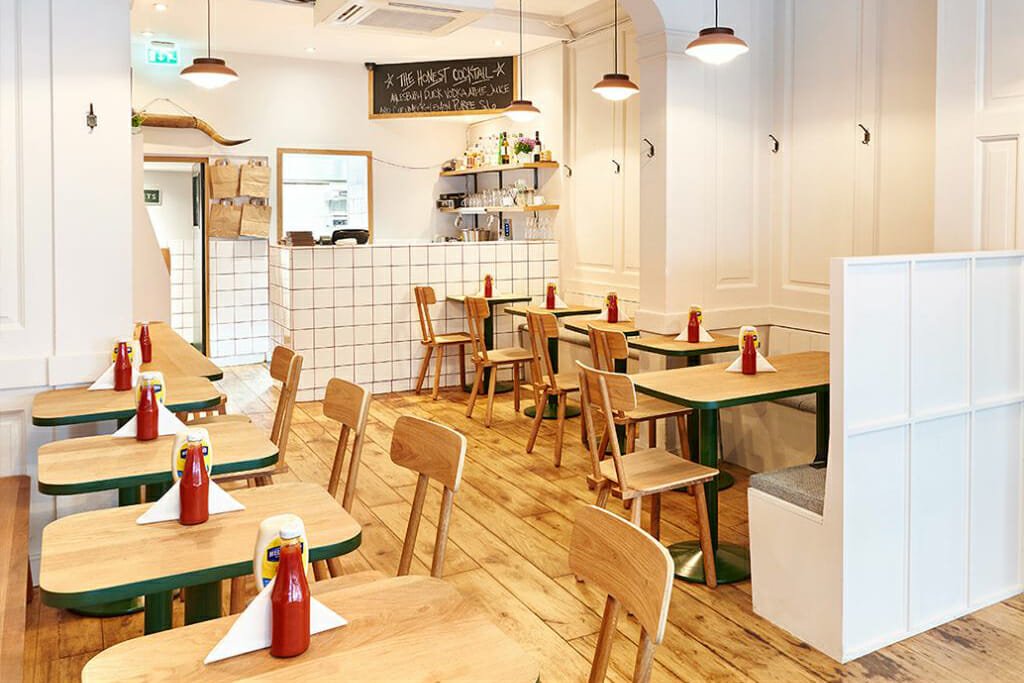 While excited Londoners have been queuing to buy novelty burgers from food trucks with four Michelin tyres, Honest Burgers have been building a massive reputation in Brixton (home to their first restaurant) for producing what might actually be London’s best burger.

In addition to a daily special, their simple menu – heavily featuring British produce – offers a choice of free-range chicken, beef or vegetarian burgers (with the option of adding melted cheddar, red Leicester or stilton, and/or smoked bacon).

Unlike the mind-flaying interiors found at MEATliquor, Honest Burgers’ Soho outpost is cool, minimalist and clean with white-washed walls, exposed filament light bulbs and several tables outside in the quiet Soho retreat that is Meard St.

Like great restaurants in Soho? Check out our pick of the best in the area