For the past decade, Honey & Co has been one of the best Middle Eastern restaurants in the capital.

That is until a few ‘creative differences’ with their landlord earlier this year forced them to shut-up shop. But every disadvantage has its advantages, and in this case they’ve been forced into an advantageous leap into a larger, nicer home in Lamb’s Conduit Street. And frankly, of all the neighbourhoods that a restaurant called Honey & Co could move to, Bloomsbury sounds like the most appropriate one. 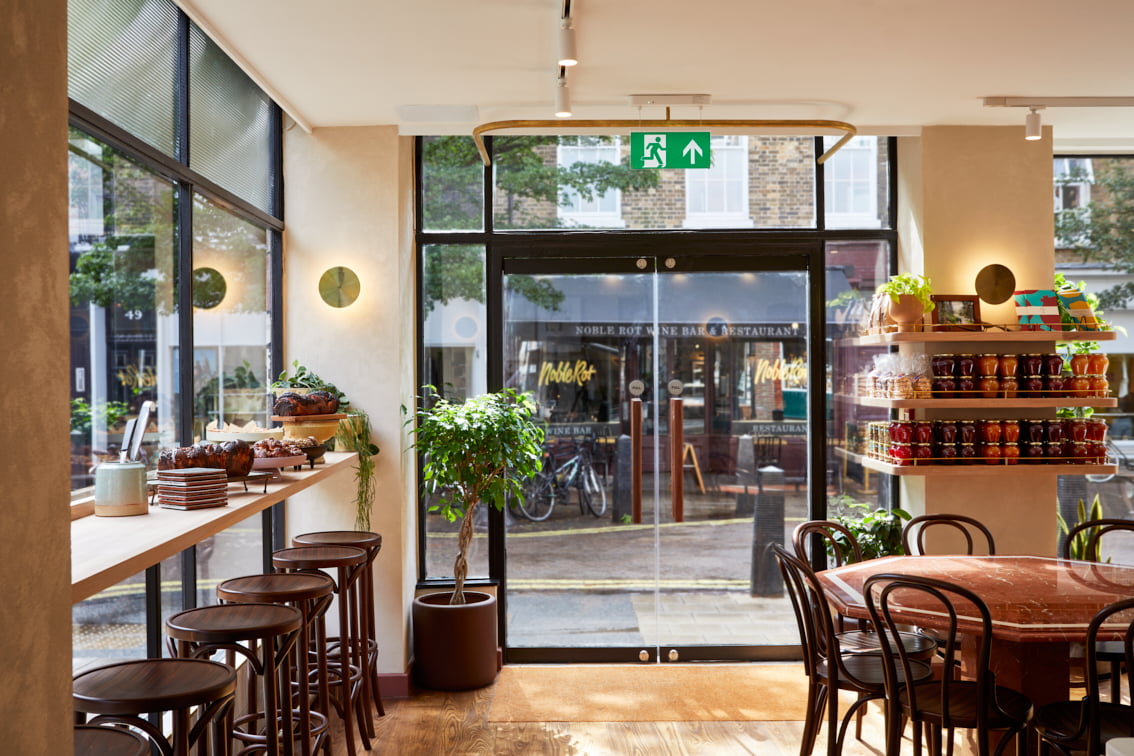 For anyone who doesn’t already know it, the place was (and is) the brainchild of husband and wife team Sarit Packer & Itamar Srulovich, who together have worked as Head and Executive chef at both Ottolenghi and NOPI (two big ol’ rocks in the crown of London’s Middle Eastern food scene). Their simple and delicious food led to a throng of cookbooks, a deli, a cafe, and a few generous heaps of critical praise. And apparently an ass of a landlord. 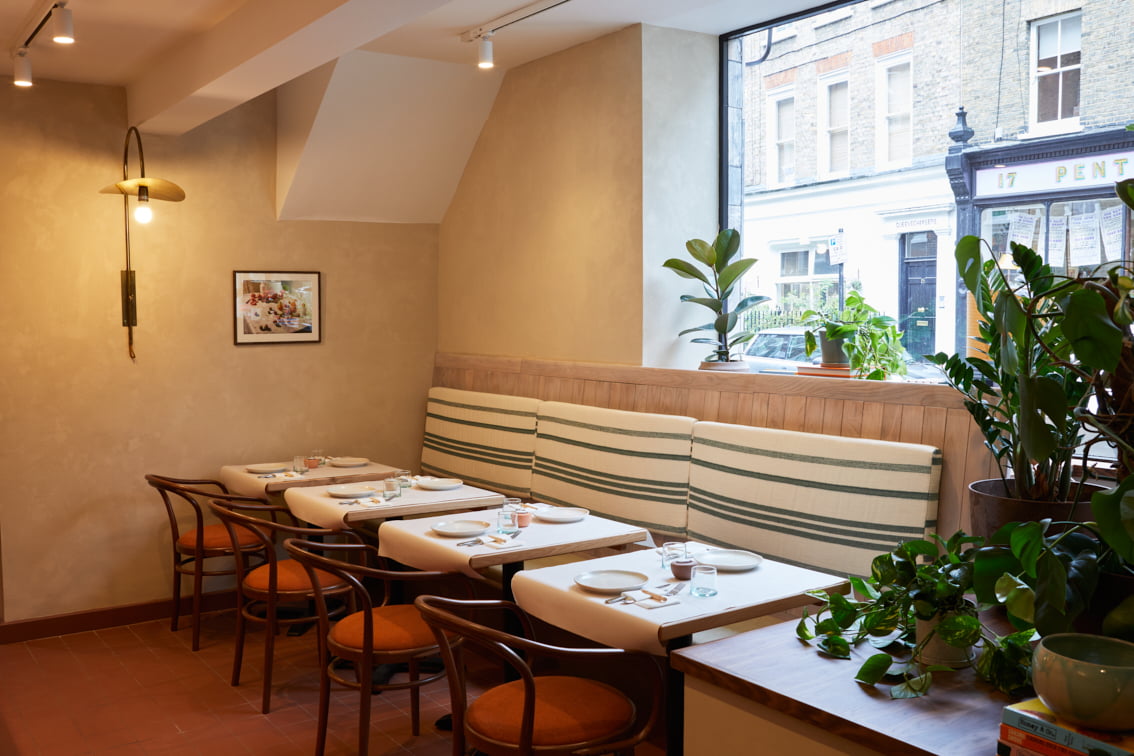 The fancy new digs are awash with light thanks to the floor-to-ceiling window panes lining the front of the building, which themselves act as a thoroughly effective lure for any passers-by gazing in, courtesy of the pastries & cakes neatly lined up behind them, eagerly awaiting someone to adopt and, well, eat them. Inside the space is certainly a lot roomier than the original but it still retains that casual, comfortable, charm thanks to simple furnishings and the army of various green pot plants guarding virtually every corner of every room. 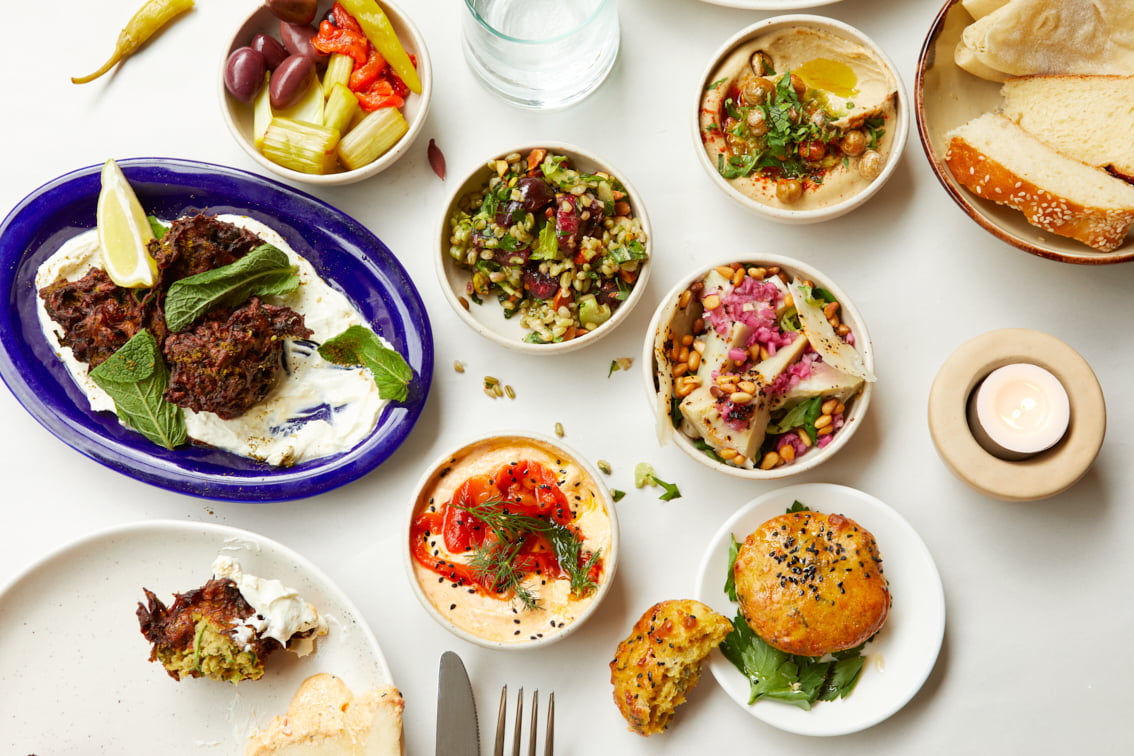 Menu-wise they’re playing all the Levantine hits that made the original such a classic, from the ridiculously good creamy hummus (decorated with green chilli tatbila), to the crack-adjacent falafels with tahini sauce, and the many mezze dishes. But you can also expect a raft of new recipes too, from crisped lamb shoulder & rib with crushed peas & urfa butter dressing; to Cornish hake & preserved lemon pastillas baked with parsley & leeks into filo pastry. And yes, they still have the thick hunks of feta cheesecake drizzled in raw Essex honey, the dessert which quickly became their signature.

To ease it all down there are Mediterranean wines, jugs of iced tea, and a small selection of classic cocktails – though they’ve taken the liberty of amping up their Old Fashioned with orange blossom water, and feeding their vodka Mule with a little Persian lime, too. It seems that, like its predecessor…

…this place is going to create a lot of buzz.

NOTE: Honey & Co Bloomsbury is open now on semi-soft launch with 10% off food on all bookings up to Wednesday 15th June. You can find out more, and make a booking at their website right here.

If you’re looking for a nightcap afterwards….descend into Murder, Inc.