And his story’s pretty extraordinary. He was one of the most famous chefs in Damascus, then civil war forced him to flee to Europe, eventually making it to the UK where he started a pop up restaurant and donated the proceeds to charity. Now he has a permanent restaurant. And what a place it is too: friendly staff; great food; and Imad’s often there welcoming guests himself.

The space is in Kingly Court, right at the top, looking down on the small piazza below. It’s apparently a recreating of his Damascus restaurant, with lots of light, simple wooden furnishings, white walls, and the occasional splash of colourful patterned tile. It feels easygoing and sociable, a bit like Imad himself. There’s an open kitchen at the back, where you can see (and smell) the fragrant food being made. 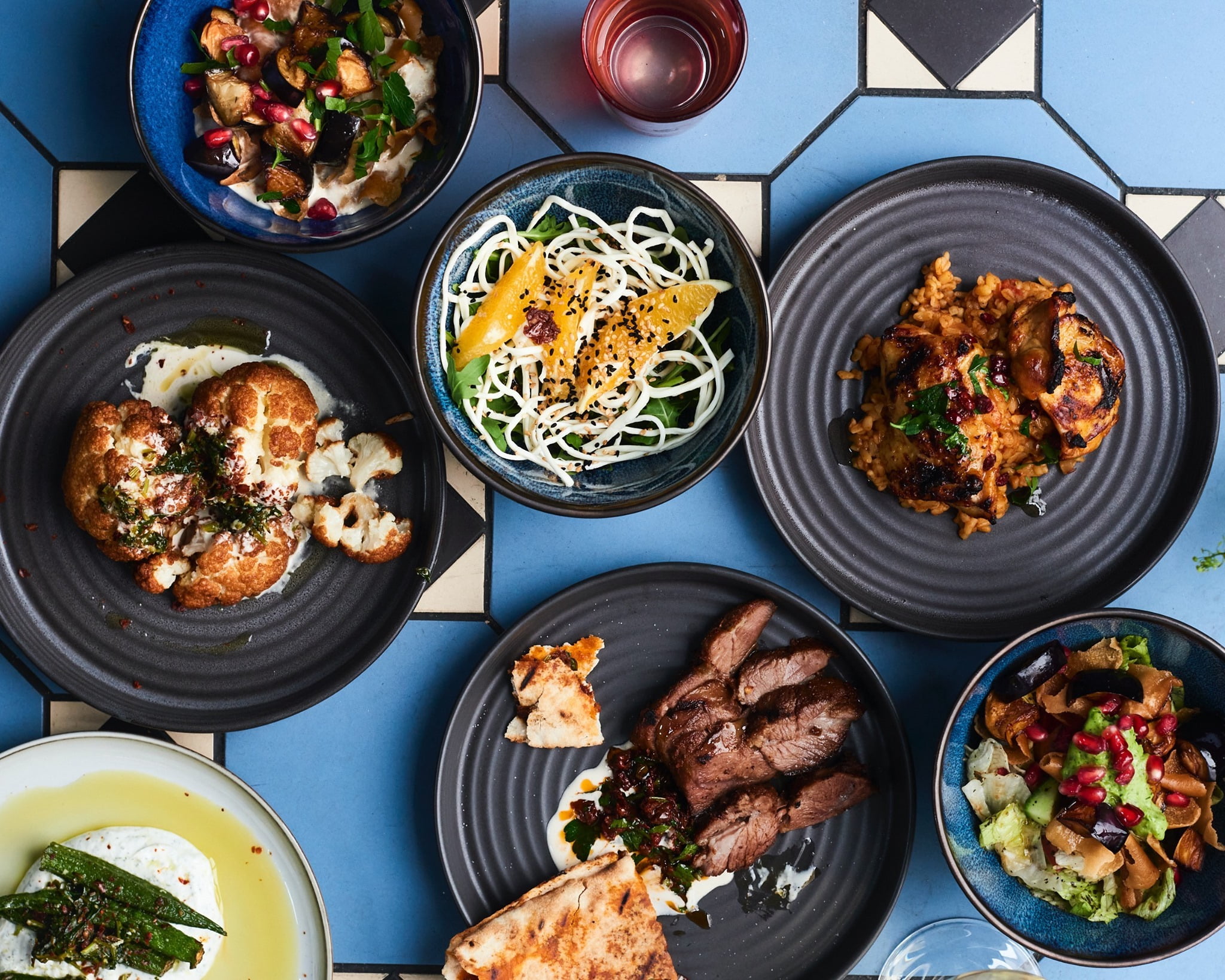 That food includes the Middle Eastern classics you’d naturally expect: hummus with sumac, delicately spiced falafel, baba ghanoj with pomegranate seeds, etc. But it also has a few bits that you might not have come across – take the Sharihat Ghanam, with lamb fillet & sun dried tomatoes; or the za’atar salad with halloumi noodles and watermelon. It’s all simple, it’s all nourishing, and it’s all delicious.

And to finish it all off? There’s baklava and Syrian ice cream, coming in pistachio and candy floss flavours. And in case you’re not familiar, Syrian ice cream is quite something – it’s made with mastic root, giving it a considerably bouncier, chewier texture, more akin to nougat than traditional ice cream. It’s absolutely lovely, and worth trying if you’ve never had it before.

And the best bit? Imad intends to donate all the Kickstarter money given to find the restaurant to charity too, just as soon as he can earn it back….

NOTE: Imad’s Syrian Kitchen is open now. You can find out more at the website HERE, and book a table using the site right HERE.