A New Japanese-Italian Fusion Restaurant Is Coming To London

Here’s a sentence we never thought we’d be writing: a second Japanese Italian fusion restaurant is opening in London.

Yep, no matter how strange the combination may seem, it clearly works well in the right hands, because Angelina over in Shoreditch – the first to dip their toes into these flavoursome waters – has met with some extremely positive reviews.

Now, we’re about to get Itaku, landing in Fitzrovia early next year. It comes to us from restaurateur Jean-Bernard Fernandez-Versini who, for the last 15 years has been running a pop up restaurant at the Cannes Film Festival (it’s called Cosy Box, and apparently it’s become something of an institution there). Heading up the kitchen is chef Ivan Simeoli, who’s CV nimbly hops from The Royal Academy of Arts to the three Michelin Starred Osteria Francescana. Plus he actually owns the space they’re moving into. So, if anyone can pull it off, it’s probably him.

The space itself is over on Great Portland Street; appropriately exactly sandwiched between a Japanese restaurant on one side, and an Italian on the other. Maybe that’s where they came up with the idea. Who knows. What we do know is that it’s going to have plush, white marbled flooring and a gigantic arched skylight in the back, with dark furnishings to help soak up all that light. 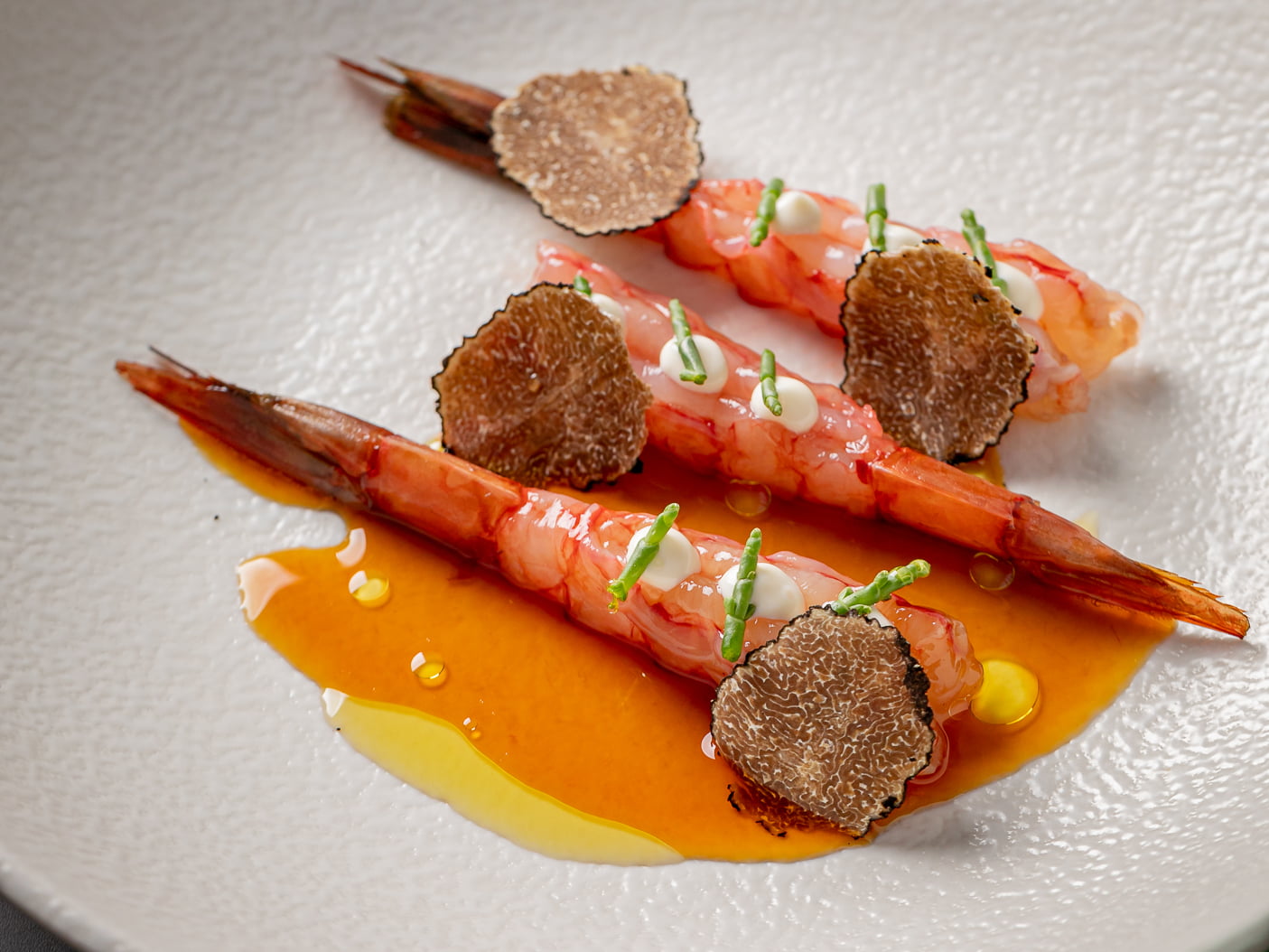 So. The food. They’re aiming to make this fusion wok by using predominantly “Italian cuisine, [while] utilising Japanese flavours and techniques”. That means dishes like:

They’re also promising a couple of more traditional, straightforward dishes like a truffle carbonara, some seafood linguine, or a little sashimi.

The cocktail bar will be following suit, with a parade of drinks put together by Nicholas Medicamento (formerly of The American Bar at The Savoy, so no slouch with a shaker). He’ll be mixing up signatures like the East to West Manhattan, which pits Japanese Umeshu plum liqueur against Italian Cocchi Vermouth di Torino in the same glass, or their house Bloody Mary, which throws yuzu juice into the mix.

It pairs well with the rising sun.

NOTE: Itaku is set to open in February 2022. We’ll be back then with the full scoop. In the meantime, you can find out more, and make a booking at their website (from 10th Feb onwards) right HERE.