Kerb have finally moved off the pavement.

That’s given them enough space for 25 of the city’s finest traders, including street food slingers, a bar, a bookshop, and a salvo of fresh producers’ stores. The space is roughly divided into two areas: The Banana Warehouse (where you’ll find the food stalls) and Cucumber Alley (for the fresh produce). Let’s start with the more important of the two… 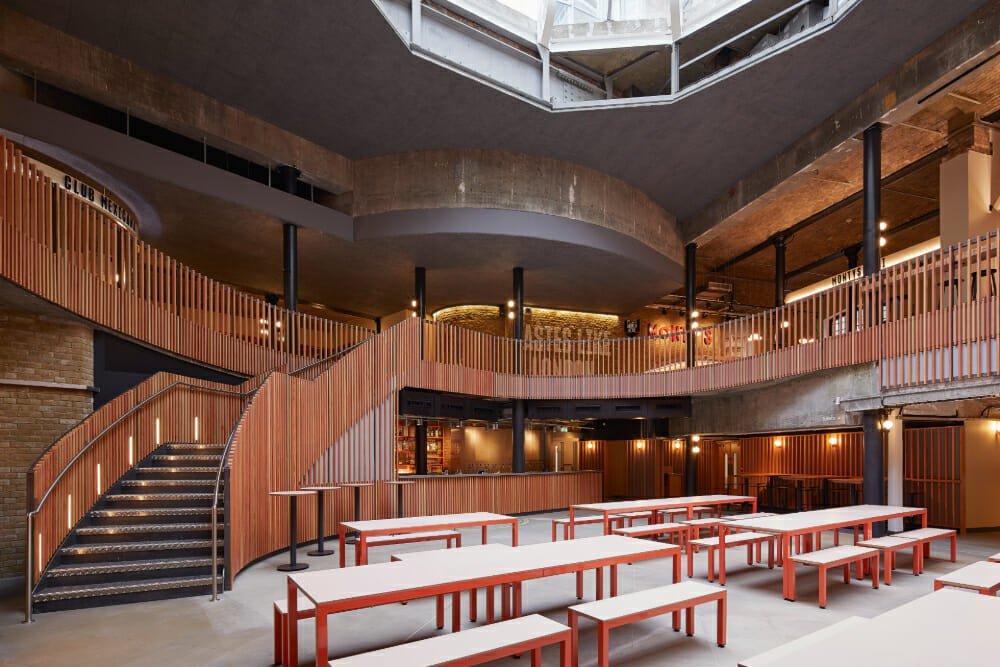 Then there’s the bar, where you’ll find cocktails & beers from both the East London Liquor Company and Gipsy Hill Brewing Company respectively, and the bookshop, which is specifically dedicated to showcasing London’s food, drink and culture in literature.

It all sounds quite bananas.

Want some good ol’ stationary cheese? Well, here are the best places in London to eat the stuff.