Burmese food doesn’t yet enjoy the mainstream recognition enjoyed by its Thai, Chinese and Indian neighbours.

So what it needs is a few more flag-bearers. You know, a few more restaurants like your favourite Burmese restaurant in Shoreditch, Lahpet, dotted around London to really showcase what Burmese food is all about. In fact just another Lahpet would be great, only a slightly bigger one in a more central location. Which is fortunate, because Lahpet West End has just opened.

You’ll find Lahpet 2.0 in The Yards, an all-new development just off Seven Dials in Covent Garden. It’s all being run by the Lahpet brain trust – Dan Anton and head chef Zaw Mahesh – who are both of Burmese heritage, and whose current mission in life is to bring a little more attention to the cuisine of their ancestors. The space is considerably larger than their Shoreditch original, weighing in at 2,500 sq ft over two floors, and filled with warm & inviting pale wood, bamboo, greenery, copper pendant lighting, colourful rows of pickling jars, and the occasional industrial touch of concrete. And there are two cocktail bars. 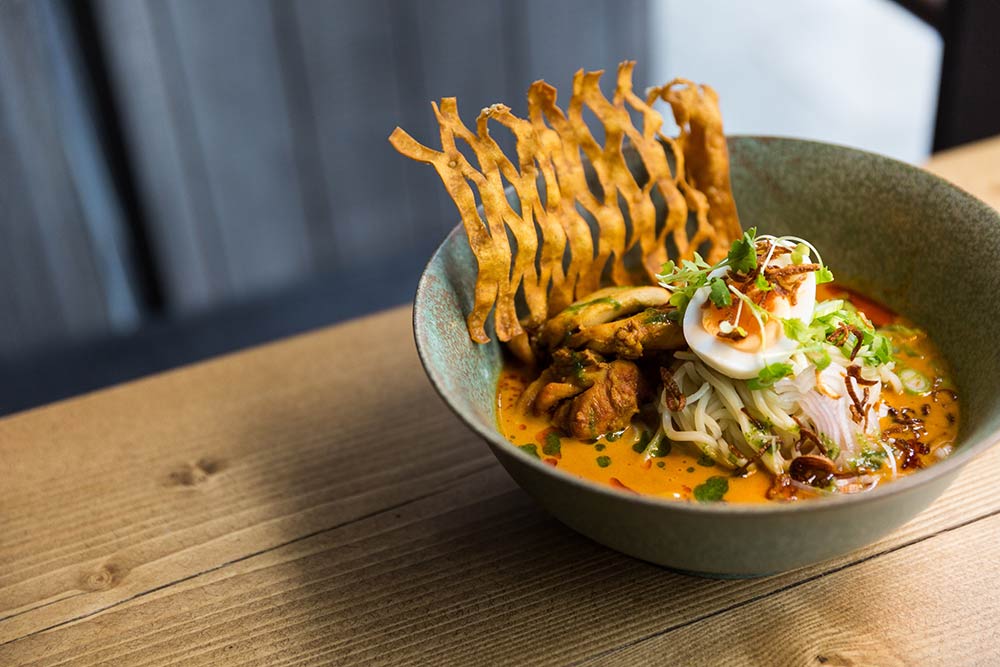 But before we give them a visit, let’s talk a little about the all-important food. The name Lahpet literally means ‘tea’ in Burmese, and is a reference to their signature dish, a punchily fragrant salad made with umami-packed, pickled tea leaves, which is joined by classics like their delicately spiced Mohinga (a catfish & lemongrass chowder which is essentially the national dish of Myanmar). Then there are a whole sweep of debut menu-fillers, including a warming dish of pork belly & bamboo shoots; some ‘akin’ meat & veggie skewers made possible by their shiny new robata grill; and a few regional specialities like the Shan fish & rice, hailing from the region bordering China, and bringing together sea bream with fried garlic, peanuts, chives and shallots. 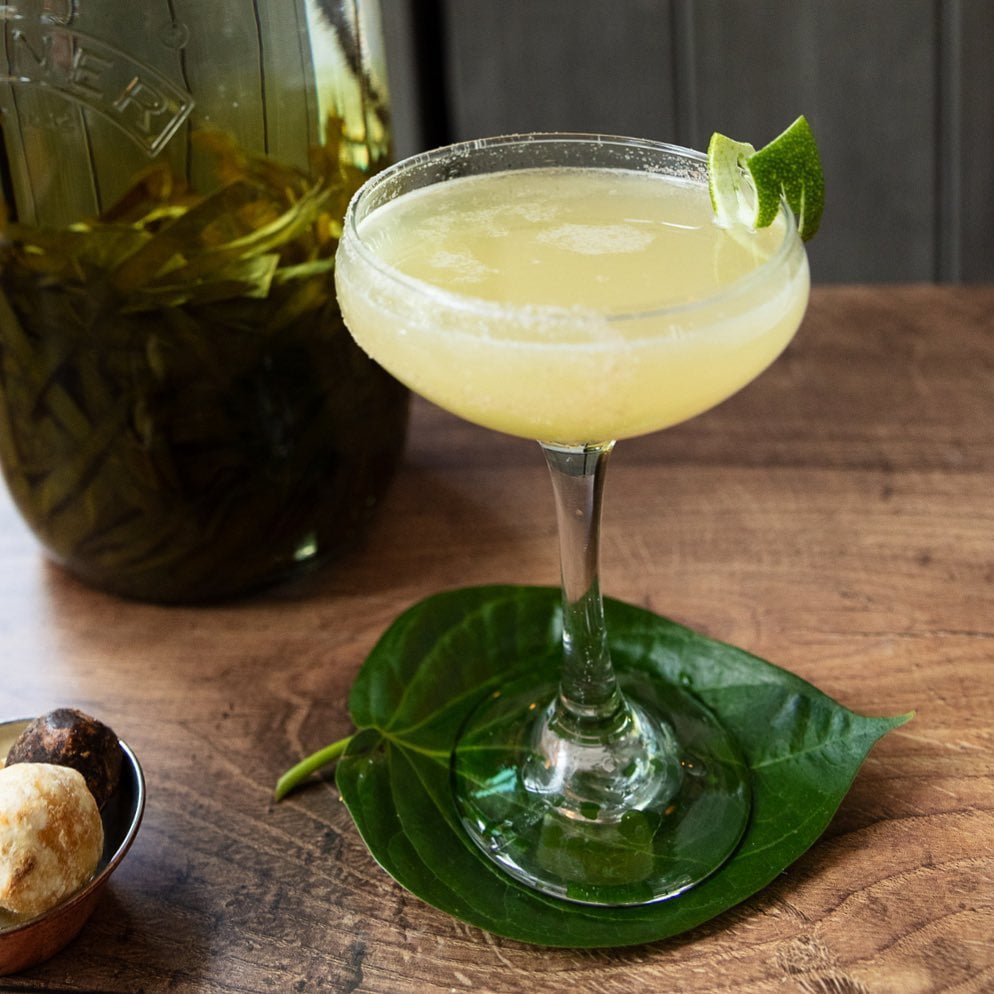 Now back to those cocktail bars. They’ve put together an entirely new drinks menu here, with novel blends including a fluffy Turmeric & Zuzu Sour, and a bracing Kumquat Spritz. Although, there is one holdover from the Shoreditch menu, the Lahpet Margarita, which is made with betel leaf infused tequila, jaggery, lime, and Himalayan pink salt.

NOTE: Lahpet West End is open daily, 12-10pm (9pm Sundays). You can find out more, and make a booking at the website here.

Where to now? One of Covent Garden’s best bars, of course…