Virgilio Martínez Véliz is the celebrated chef-owner of Central Restaurante in Lima.

And now, he’s the celebrated chef-owner of Lima restaurant in Central London.

He’s a chef that’s had awards heaped upon him: his Peruvian flagship has literally been crowned the No. 1 restaurant in Latin America according to the World’s 50 Best. And while historically getting a taste of his recipes involved a 15 hour flight and a grasp of GCSE Spanish, you can now take a shortcut by instead heading to Fitzrovia; locating the colourful, awning-laden restaurant with a smattering of diners sipping one of 16 pisco sours outside it; and eating there.

Ten years after opening, Lima London has had a makeover with a more grown-up, but still colourful, interior. Grey plaster walls are lifted with traditional woven lampshades, and there’s still all that sunlight flooding in from the skylight above. 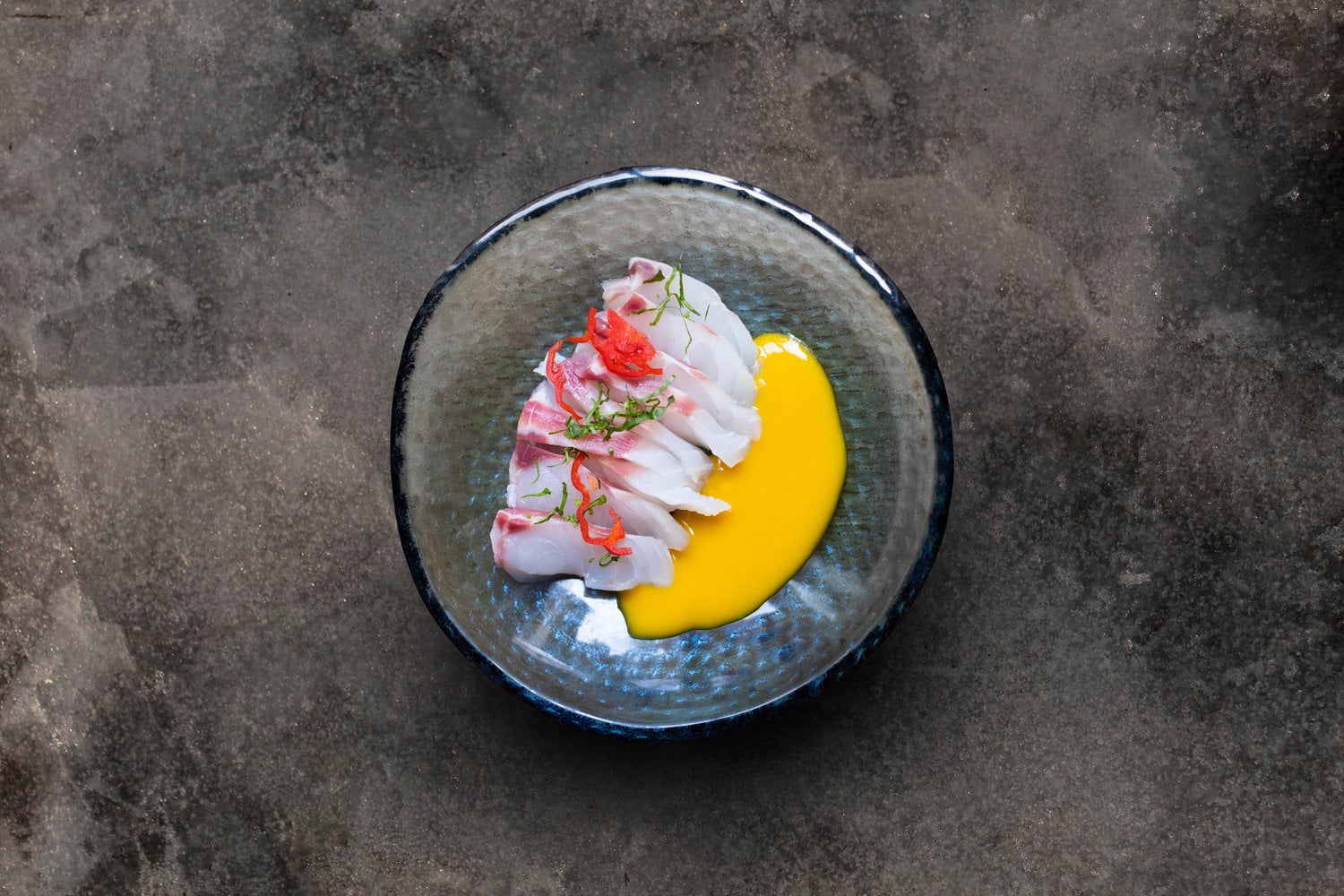 The menu at Lima London is designed as a kind of build-your-own epicurean adventure, with dozens of small plates to sample and share. It’s put together by head chef Sergio Arocas, who is dutifully bearing the mantle after a trip to Lima where he spent time exploring food markets and developing dishes with Mr. Martínez himself. Take your pick of wagyu beef nigiri and anticucho eggplant; the three kinds of ceviche; 24-hour slow-cooked suckling pig with blue potatoes; and Andean turbot drizzled in apple custard fruit sauce.

For those racked with indecision, there’s the six-course, wine-paired tasting menu that takes you on a whistle-stop tour through the best dishes, from scallop tiradito to an elegant pear, purple corn and lime sorbet dessert – also available on the main menu, alongside sweet tamal and caramelised plantain with peanuts, cacao and Amazonian citrus…

…saving the zest till last.

NOTE: Lima London is open for lunch and dinner, Tuesday – Saturday. You can find out more, and make a booking, at their website right HERE.

Heading into town? Check out our guide to The Best London Theatre Shows right now.