A legendary Soho deli decided to open a restaurant.

And people, it seems, are willing to Lina up around the block for it.

Because literally 75 years after opening up their Italian food shop & deli on Brewer Street, the people behind Lina Stores have decided to start phase 2 of their operation: open a pasta restaurant a couple of streets over.

The space is on Greek Street, and it’s a two floor affair, boasting an open kitchen surrounded by an intimate twelve-seat bar with reclaimed globe pendant lighting and leather stools. The decor throws back to the original Lina Stores, with a mid-century Italian vibe, and a mint green, white and polished aluminium aesthetic throughout. Menu-wise, it’s all about pasta, which is handmade every day at the 18 Brewer Street deli (as it has been since 1944). Before that main event, however, there’s the antipasti, including the likes of slow-roast pork belly sandwiches and Bella di Cerignola Olives with baby artichoke hearts.

The pasta comes in half portions (meaning, essentially, you can try more of it) and includes the likes of pappardelle with rabbit ragu, rosemary & taggiasca olives; spaghetti with Dorset crab & chilli; and some gnocchi with new season peas & salted ricotta, among others. 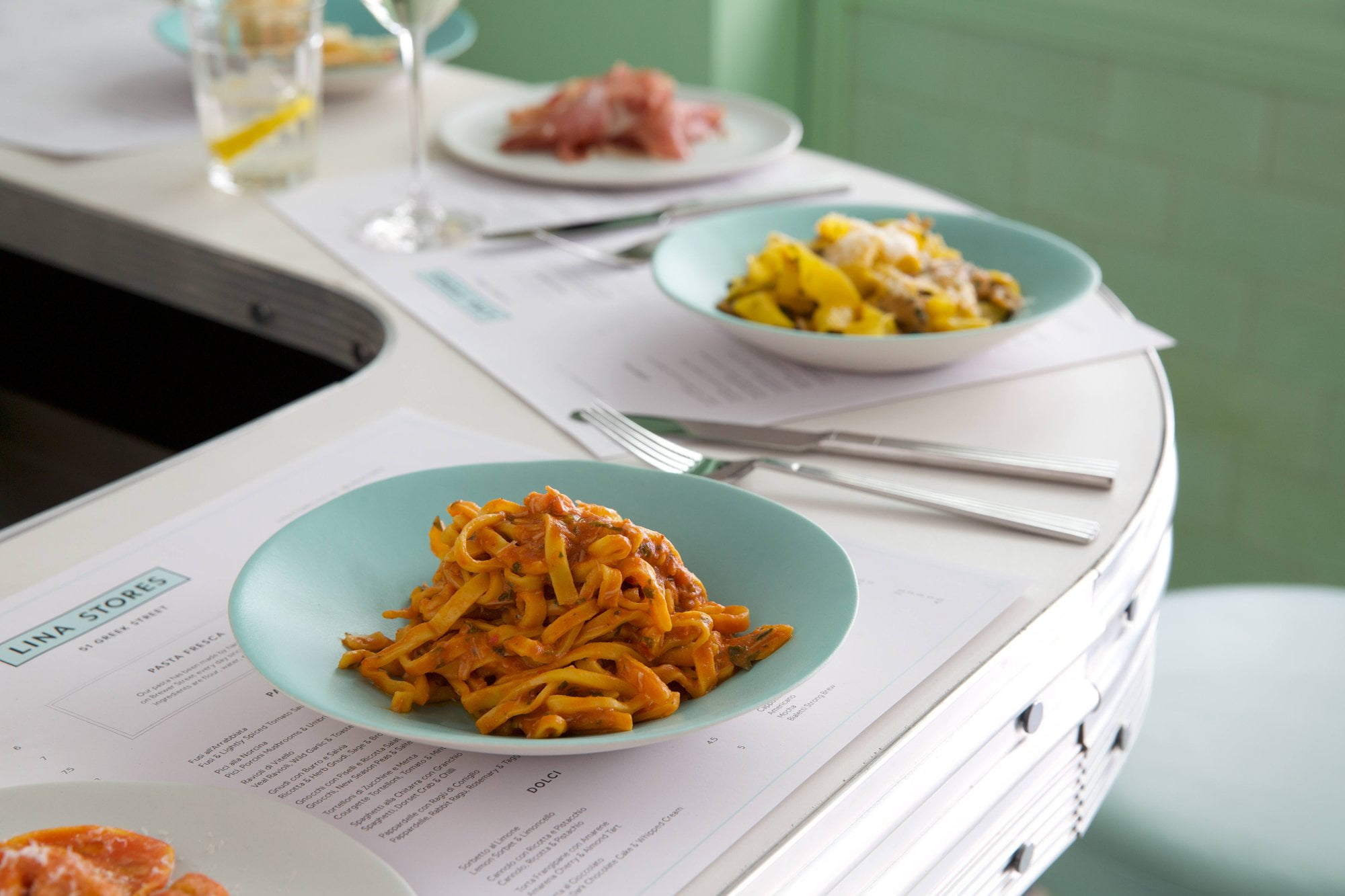 Easing all that down, there’s a very Italian cocktail menu featuring hits like their Blood Orange Bellini (with a little Fernet Branca for good measure); an Italicus Sour (which is made with gin, nettle syrup, and bergamot liqueur); and a sweet & sizeable Rhubarb Martini.