Kolkata (formerly Calcutta) is the 4th largest city in the world, covering an area of around 750 sq miles in West Bengal.

Little Kolkata, on the other hand covers a cosy, one floor space in Covent Garden.

With a private dining room.

It’s the now-permanent home to the former supperclub of the same name, which has been selling out its events for years, thanks to their vibrantly flavoured Bengali feasts. Founders Prabir Chattopadhyay and Biswajit Deb Das have upgraded from their own flat to a colourfully decked out space off the Seven Dials with two-tone purple pastel walls, mustard-coloured cushions pinned to the bench seating, plentiful pendant lighting, and a black & white tiled floor. 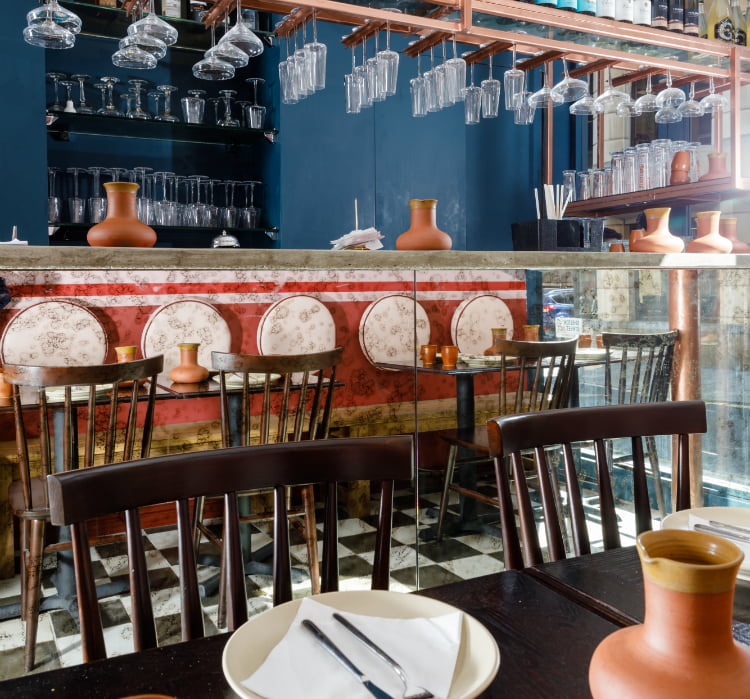 The food is, naturally, all Kolkata-style and served in small plates…because that’s just what restaurants do these days. You can expect typical dishes to include a Maacher cutlet (cod served with a classic Kolkatan mustard sauce, Kashundi); red onion pakoras with chilli sauce; a ‘whole Pomfret fish’ in a creamy sauce (hopefully you’ll get a tiddler, as these can grow to 1m long); and chicken cooked in cashew nut, saffron, and rosewater.

And to drink, the Kolkata team have slapped together a mixed drinks list including the likes of the Indian Ruby (Ceylon arrack, ruby port, lemon, bubbly); the City of Joy (Pampelle Apertivo, watermelon, lime, mint); and the Kolkata Tonic, which blends gin, rosemary and Darjeeling tea syrup…

You’ll want to bag yourself one of those.

NOTE: Little Kolkata is open for lunch and dinner, Monday-Sunday. You can see the full menu, book a table, and find out more at their website right HERE.