When Le Bab first opened, it put a new spin on the kebab.

And now it’s got a bigger, loftier, grander sibling.

This is Maison Bab. You’ll find it in Covent Garden opposite temper and abutting the Hawksmoor Seven Dials, and the owners seem to have the chops to follow through on their high-minded ambitions; after all the three chefs behind the whole enterprise met while working at Le Gavroche, and’ve since recruited two more ex-Le Gavroche staff. Co-founder Ed Brunet jokes “Michel Roux will be coming next”. 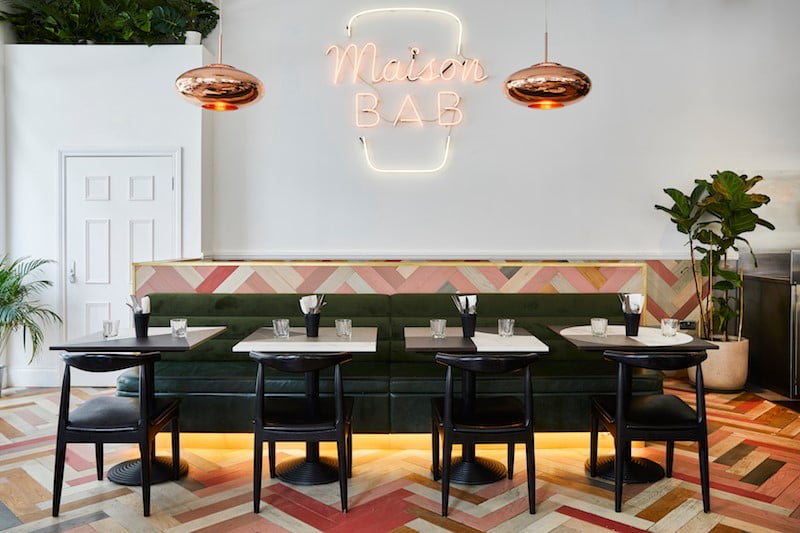 Maison Bab is a two floor affair, sporting a grand open kitchen upstairs with a bar wrapped around it, as well as some racing green dining booths, and a huge neon sign dominating the main wall. Downstairs, things seem a little mysterious, with a sort of indoor ‘courtyard’ surrounded by blush pink seating and a second cocktail bar, and all hemmed in by a pair of fake shopfronts – more on which later. But first,
– 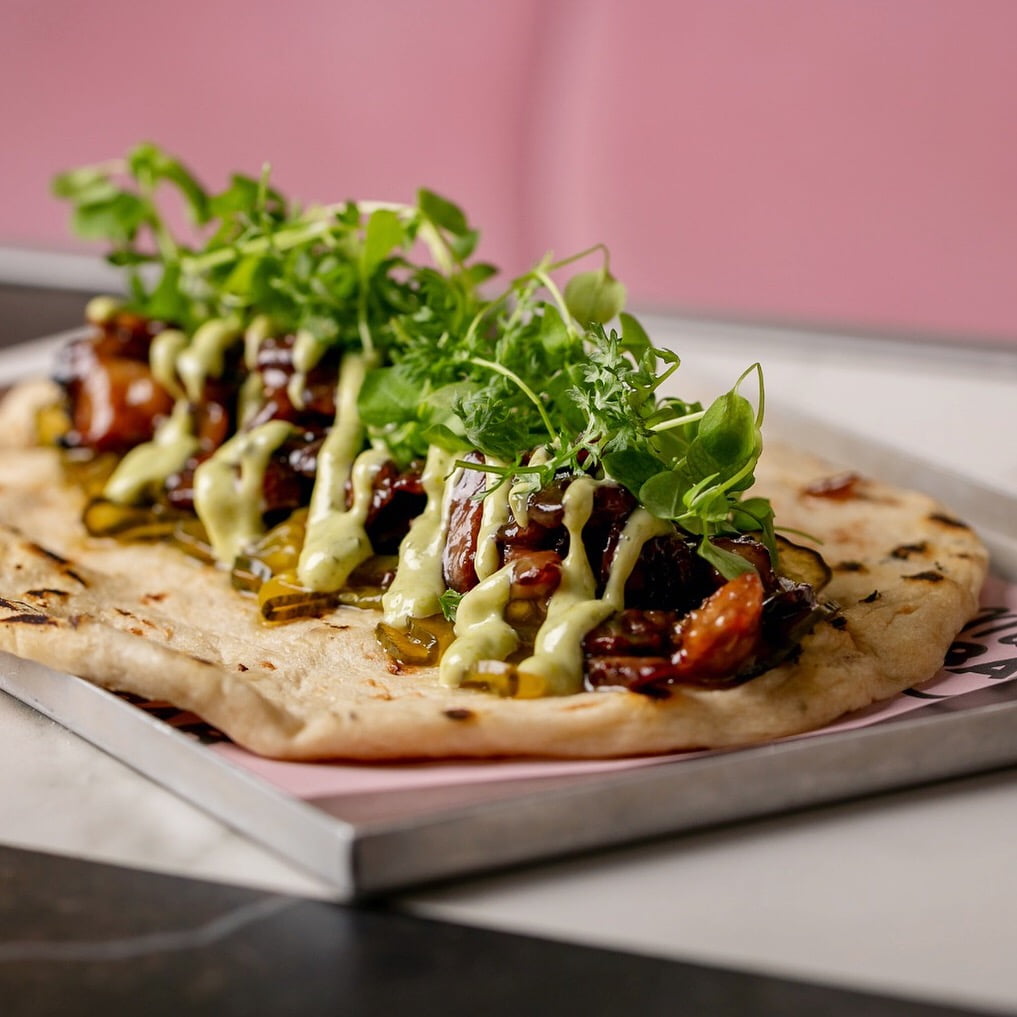 Maison Bab’s menu has a core offering of six ‘babs, including 15hr pork shawarma with pickled cucumber; spicy roasted aubergine with peanut pesto; and paneer with beetroot & coconut purée, all blanketed in freshly baked flatbreads. Then there’s the side dishes which really threaten to be the main event: naan slicked with meaty garlic butter; ‘Turkish-Korean’ fried chicken; beef brisket doner, and more.
–

Sporting not one, but two cocktail bars, Maison Bab offers the likes of Pomegranate Palomas and the Hard Peach Iced Tea, with several available for a fiver at lunchtimes, Sunday – Friday. Then there’s a small but thoughtfully picked wine list, and a couple of craft brews from the London Beer Factory. 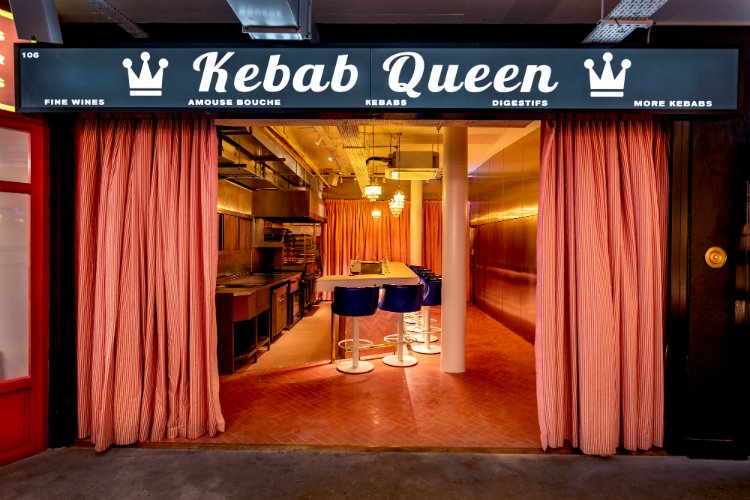 Yes, hidden downstairs behind one of those fake shopfronts (which will appear closed to the average punter) you’ll find Kebab Queen. This is Maison Bab’s chef’s table. It’s been three years in the making, and is designed to challenge preconceptions about both kebabs and chef’s tables. Once inside you’ll be able to get a 6-course tasting menu prepped by the head chef right on front of you, and served onto the counter itself. And yes, he was a former sous chef at Le Gavroche, too.

They’ll Roux the day they let him go.

NOTE: Maison Bab is open daily – you can find out more, and book, HERE.

Want to try out the original? Head on over to Le Bab…