We’ll start in London – as that should be easy for both of us – and then head to Egypt, passing through France and Italy before sailing the Mediterranean Sea in a merchant banana boat affectionately known as “Jenny”. Via the Red Sea and the Gulf of Aden we’ll float to Bombay, take a steam train to Calcutta and then hop on to another boat (this one captained by a one-eyed sailor with a lisp who only ever wears pink) which will take us to Hong Kong, Japan and North America, leaving us to complete our journey with a road trip from San Francisco to New York, and a final float back to London.

It’s going to be fun.

But if you can’t take the time off work, we understand. However we should do something else instead… like head to Mr Fogg’s Tavern. Because Phileas Fogg did the exact same journey that we’ve been planning for you, and so – given that this bi-level funhouse is overflowing with interesting objects from his travels – we could go there together to get inspired for our holiday drink gin. 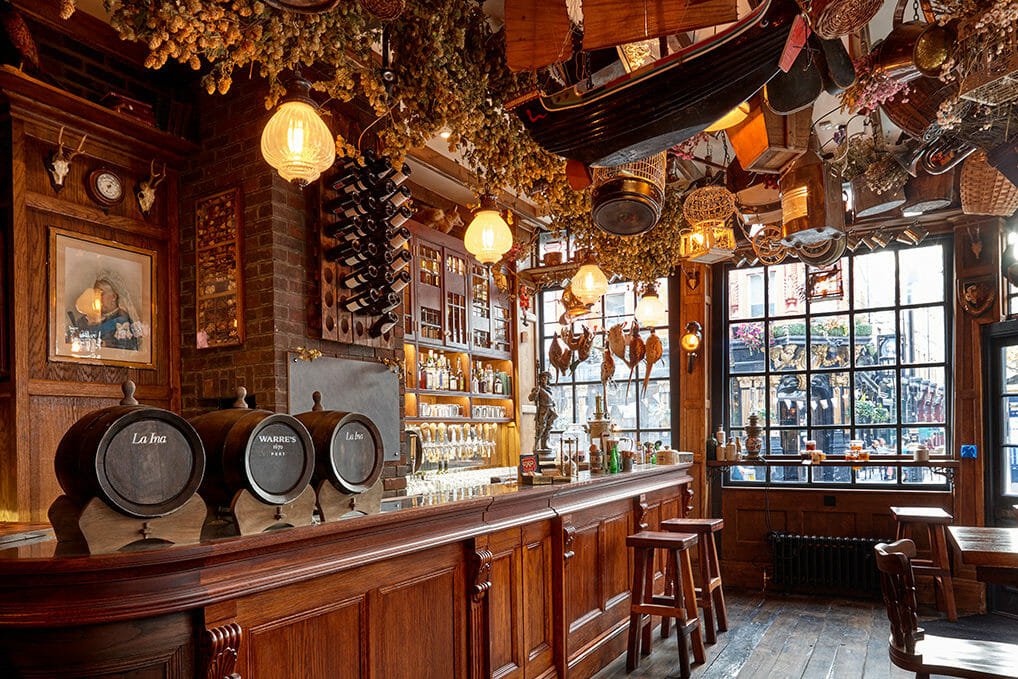 In the heart of Covent Garden, it’s what we’d like to refer to as a ‘restaurant experience’. As in, it’s technically a restaurant, but you might prefer to think of it as an experience.

Downstairs you’ll be invited to enjoy food from The Tavern’s menu of classic British pub-style fare, plus cocktails and beer served in traditional tankards and pewter cups. Whereas upstairs in the Gin Parlour and Salon you will, predictably, find lots of gin…. and, less predictably, an array of other 19th Century-inspired cocktails served from a marble bar that’s located inside a room which looks as though it’s been been decorated by your grandma.

We’re calling it a Gran Cave*.

NOTE: Mr Fogg’s Tavern is open for drinks, lunch and dinner, plus brunch and Sunday roasts at weekends. Drinks are walk-in only (unless you’re a group of 6+), but you can reserve a table for anything else HERE.

Alto by San Carlo If you can find the express elevator in Selfridges, you’re almost there….

Rooftop Igloos at Aviary Bubble with a few friends for dinner on the 10th floor.

The Light Bar An iconic Shoreditch power station is providing a new kind of buzz.

Limin’ Beach Club Drink a piña colada, out of a pineapple, on a beach. In London.

Fenn And lo, after being on the Ark for a little over five months Noah saw a dove return to him with an olive branch in its beak.