Born in Carlisle and raised by “dreadful cooks” who would boil a cabbage to death, he wouldn’t seem like the obvious choice to be head chef of a new Modern Iranian restaurant in Covent Garden.

But after trying his hand at being a debt collector and a professional scuba diver, he eventually became – of all things – a chef in Tel Aviv, spending 25 years commanding kitchens there with his exacting, playful, and boisterous charm (he still has his thick Northern accent, and will happily tell you he speaks “the Queen’s Hebrew”). He then made his way to London to be head chef at The Palomar, and helped to turn it into one of the finest dining experiences in the city. And now he’s taken the reins at Nutshell.

The pair responsible for hiring him are culinary couple Mohammad Paknejad and Marwa Alkhalaf, the former being a native Iranian, and the latter falling in love not just with him, but with the country’s cuisine. They’ve opened this place as a loving tribute to the complex and distinctive mix of spices, herbs and nuts used in Iranian cooking. It takes up the bottom two floors of an unassuming building at the end of St. Martin’s Lane, right by the National Portrait Gallery; the space has been beautifully re-jigged by the same team responsible for the design at both Lyle’s & Gymkhana, and the result is a cosy but modern space decked out in rose and pistachio hues, with soft retro lighting and plenty of foliage. 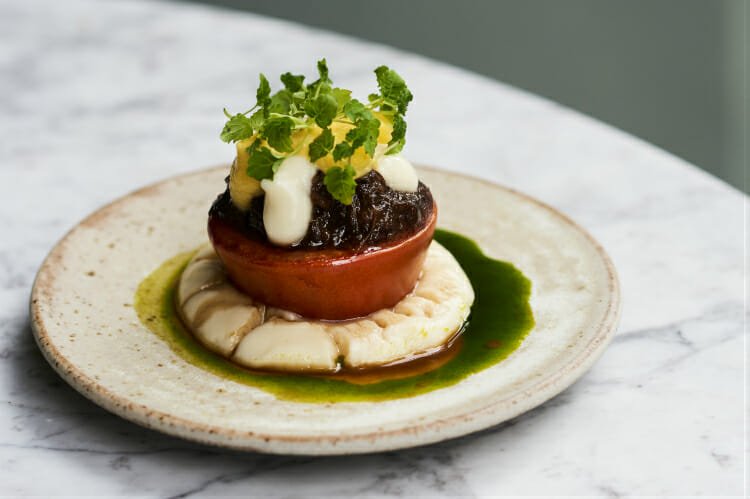 Grab a seat at the bar overlooking the open kitchen if you can, and watch the chefs in action. They’ll be putting together a mix of elegant mezze alongside grilled and stove-cooked mains, with traditional Persian delights for dessert. You’ll start with oxtail tomato dolmeh with garlicky cauliflower; confit fennel salad with apple and saffron; smokey aubergine with shallots, walnuts, and mint; and yoghurt with cucumber, pistachio and rose…

…before moving onto beef dumplings with sour cherry; grilled octopus with vegetable salsa and butterbeans; and lamb cutlets with potato tahdig (made with a crispy bottom layer scorched to the point of caramelisation). And you can top it all off with some fig cream or lemon, pomegranate and basil sundae. 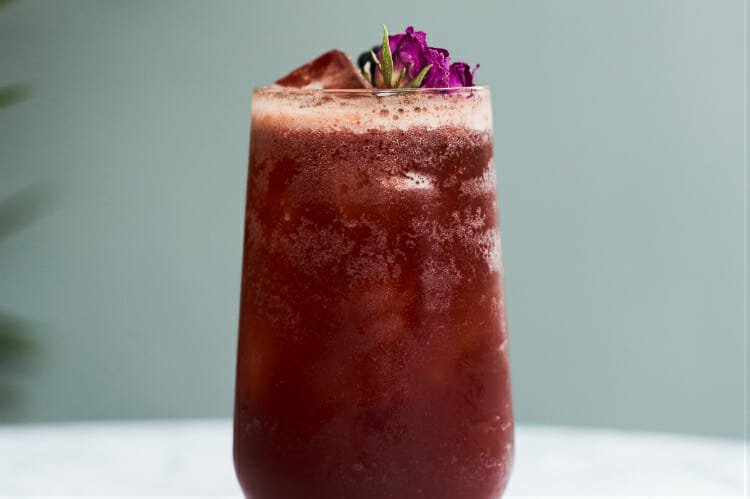 Cocktails include an Iranian negroni made with spiced Campari & saffron gin; as well as a Silk Road gimlet with green cardamom and Persian lime to go with the beers, kombucha, and a short-but-sweet wine list. And after a few of those?

You’ll come right out of your shell.

NOTE: Nutshell is open now. You can find out more, and book a table, at their website right HERE.

In the mood for Iranian food? Make some tracks to Berenjak.