The term ‘neighbourhood restaurant’ gets thrown around a lot these days.

It’s a badge of honour, a paradoxically aspirational goal to merely want to serve the members of the community instead of turning into some enormously successful chain. And so almost every venue claims to be one.

Well, Osteria Antica Bologna is basically the dictionary definition of a neighbourhood restaurant. It’s been around since 1990, steadfastly serving the catchment area around the Northcote Road without any grandiose expansion plans or corporate meddling. And it’s got that comforting, laid back, welcoming vibe that any good neighbourhood restaurant should have. Plus, the food is fantastic, which doesn’t hurt. 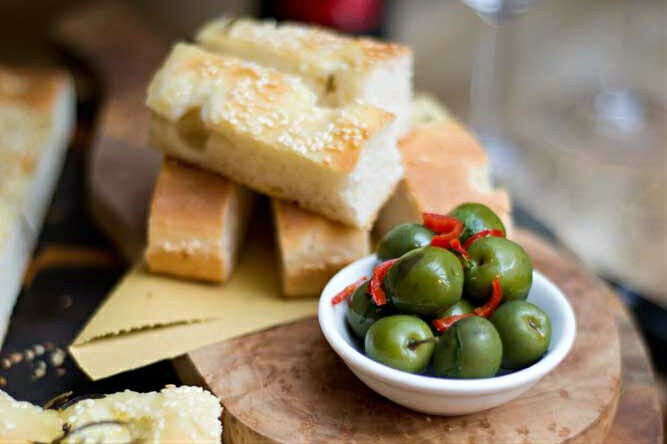 From the front of the venue to the back of the restaurant, it’s all got a wood-panelled charm. Three are wine barrels and iron fretwork throughout, and it all has a pleasantly rustic warmth. There’s a nice mural in the main space depicting an ancient Bologna street scene, which is where half the dishes on the menu hail from. They’re all cooked up by chef Marzio, whose had stints at everywhere from Belgravia’s Zafferano, to Rosmarino on Trinity Road, Spiga in Hackney, and Alloro in Mayfair.

Now, he’s cooking up classic dishes like house-made focaccia; a heaping basket of zucchini fritti (that’s fried courgette to you); burrata with parma ham; linguine with Cornish crab and white wine; black pepper spaghetti with wild boar ragu; and a giant chargrilled Fiorentina T-bone steak that’s large enough for two to share. And for dessert? How about some pistachio creme brûlée or a simple tiramisu. To wash it down, there’s an all-Italian wine list going on (of course), and you can get a few cocktails to boot. They even have their own Spritz made with prosecco and cherry liqueur.

And the kicker? They now have a deli shop, where they sell their all-Italian foodie wares. And it’s definitely worth a visit…

…if you’re in the neighbourhood.

NOTE: Osteria Antica Bologna is open now. You can find out more and make a booking at their website right HERE.

Looking for somewhere to eat? Check out all these great restaurants in South London.