Although, then again, error isn’t something co-founders Will Lander and Daniel Morgenthau – whose joint CV includes both Quality Chop House and 10 Greek Street – are used to. They both learnt their craft at two of London’s best, longest-standing restaurants, before deciding to take a punt and set up on their own.

They also managed to bring on board Head Chef Merlin Labron-Johnson, which no doubt also helped to bolster the ol’ confidence. See, before Portland, Johnson manned the pans at Michelin-starred In De Wulf in Belgium, working under the great Kobe Desramaults, easily one of the country’s best chefs. Or, in other words, he too had a pretty good sense about what he was doing. The three of them also conveniently shared the same overall ambition: to serve simple but creative Modern European food, in a cool, laid-back setting.

Space-wise Portland has a smart-casual uniform of slightly Scandi-esque minimalism. White-washed walls and bare wooden tables are off-set by olive green seating and warmly-lit pendant lights. Handsome wooden-framed menu boards are chalked with the day’s specials; and the white-tiled open kitchen is fronted by wooden shelves stuffed full of multi-coloured pickles. (An exciting hint at what’s to come.) 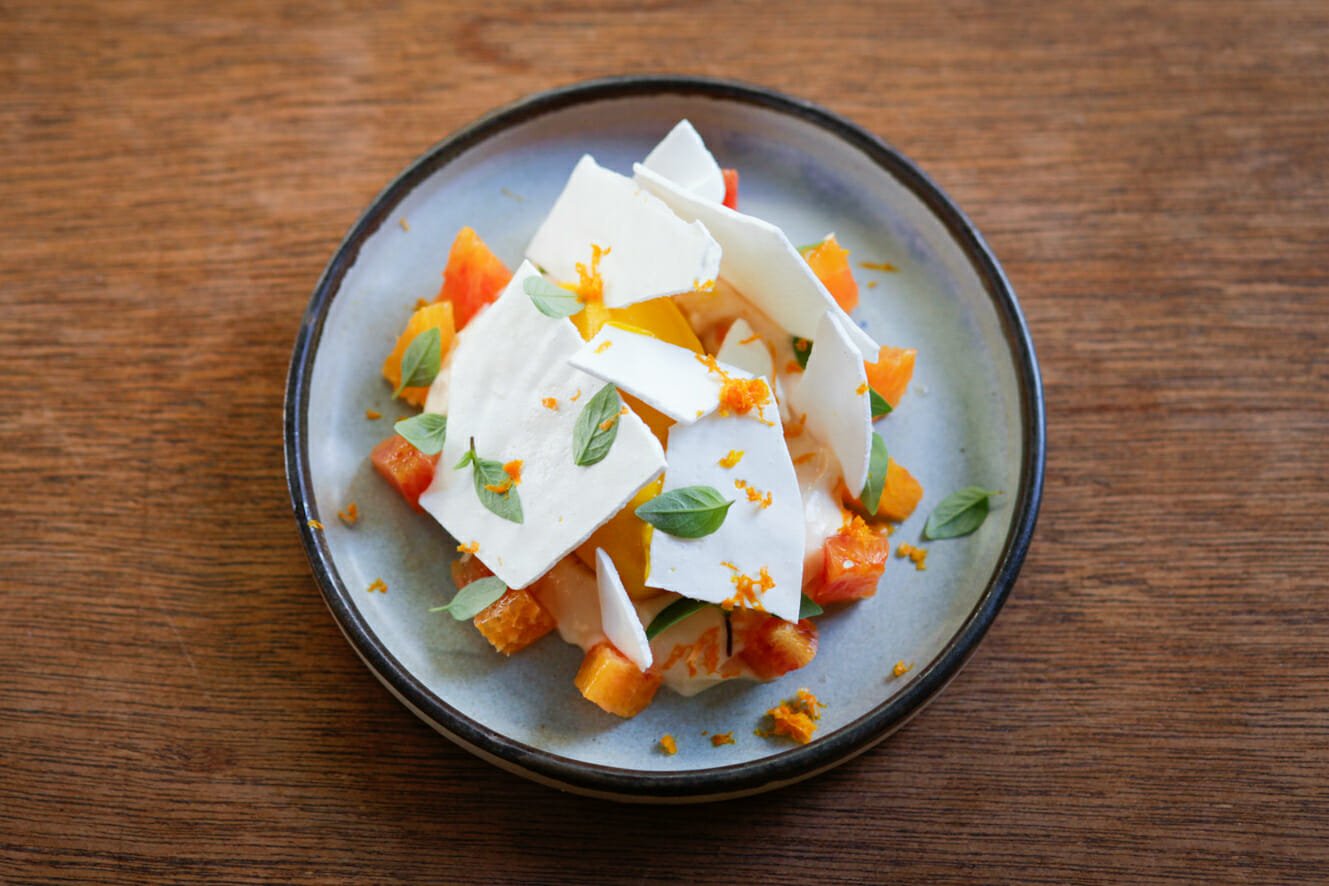 When deciding what to eat you can either to go à la carte, or spring for the £75 tasting menu which, for Michelin-starred food (yes – Johnson secured Portland a Michelin-star a matter of months after opening) – feels seriously reasonable.

Nothing is too fancy – you still have a proper sense of what you’re eating – but all of the dishes have their own original Portland twist. The John Dory comes with charred onions, smoked potato, and a small scoop of seaweed sabayon. The heritage grain risotto comes with a deeply rich confit egg yolk and some wild mushrooms. For dessert they’ve created a Jerusalem artichoke chocolate pavé, which they serve alongside milk ice cream. Otherwise there’s a cashew nut crémeux (a smooth custard-y type mousse), drizzled with Bermondsey Street honey & topped with tamarind.

The wine is taken just as seriously as the food, with a wine list just shy of 200, much of which is reasonably priced, and they have a small but utterly thrilling ‘Single Bottle List’, made up only the finest, rarest, and most exotic wines.

No Yellow Tail Shiraz then.

NOTE: Portland is open for dinner Mon-Sat, and lunch Wed-Sat. You can find out more, and reserve a table, HERE.

Like dining out? Check out our guide to the best restaurant in every London neighbourhood