The Riding House Café is Getting a Sibling

Now that it’s celebrating its 10th year of being open, if there’s one you can say about The Riding House Café…

…is that it’s stable.

Specifically, it’s going to spawn a sister venue over in Bloomsbury’s Brunswick Centre, a Grade-II listed piece of Brutalist architecture. Being a little under a mile away from the Fitzrovia original, it means that the two restaurants will be effectively straddling both sides of the British Museum.

The plans are for the new spot to contrast heavily with the coldly minimalist, concrete-swathed exterior, and create a warm, wood panelled space with a “club like feeling” (to be clear, they mean members club, not oontz-oontz-oontz club). It’s going to be pretty sizable too, weighing in at 6k sq ft, and giving them enough room to feed 165 pancake-lusting diners at a time. 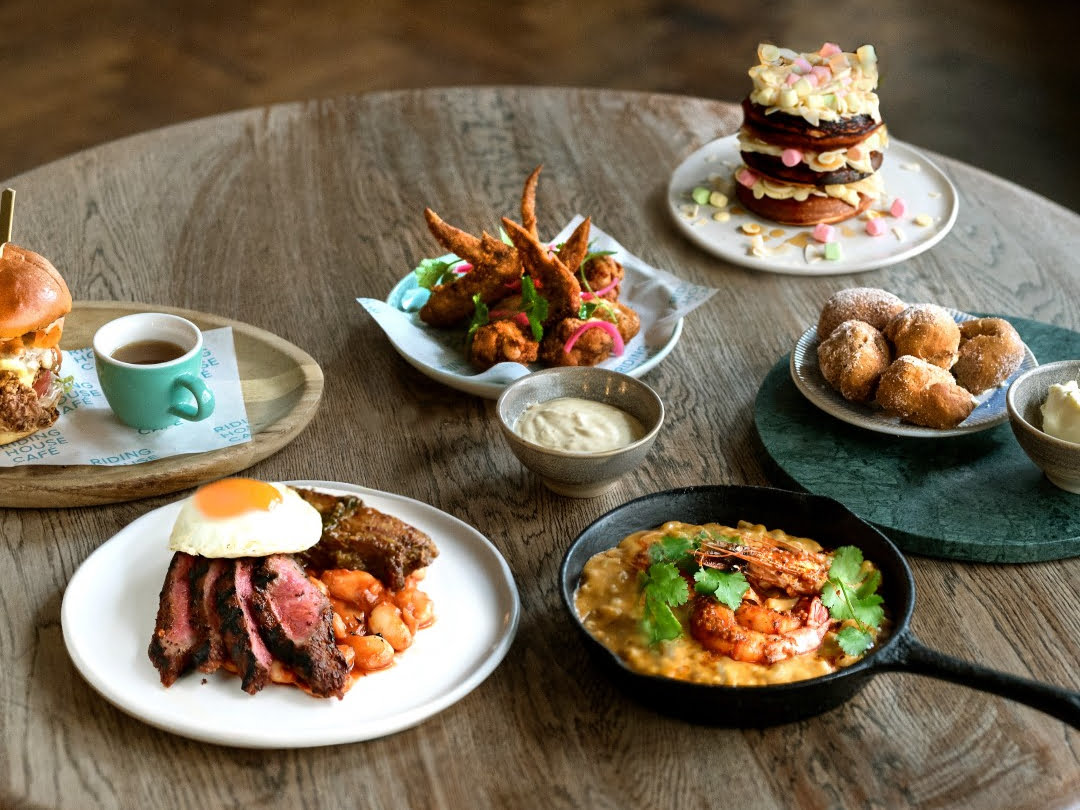 The broadly global menu is going to play all the hits that made the Riding House original so popular, including the Lobster lasagne with crab claw & garlic sourdough; their warming Cajun pepper stew with egg & avocado; and of course their pancakes with toasted marshmallows, coconut clotted cream, white chocolate and banana maple syrup. Plans are to throw in a few new dishes too, with a little more Bajan influences, thanks to head chef Henry Omereye.

And as for the drinks? They’ve lined up the help of Harry Hughes from The Ned, who’s going to shake up a new cocktail menu for the place.

NOTE: Riding House Bloomsbury is set to open in spring 2022. We’ll be back then with the full scoop. In the meantime, you can find out more at their website right HERE.

Want a sneak preview? Check out The Riding House Café…