Welcome to Roux at Parliament Square, the middle generation in the Roux family dynasty.

For those who are new, here’s the skinny: brothers Michel and Albert Roux opened Le Gavroche back in the ’60s. It was the first UK restaurant to earn one, two, and three Michelin Stars (it currently has two). Albert’s son, Michel Roux Jr then took over operations, hosted MasterChef, and opened the first of his solo restaurants, Roux at Parliament Square, in 2010.

Since then, it’s entrenched itself in the London restaurant scene, mostly thanks to its balanced approach to both tradition and innovation, taking the classical French restaurant and introducing some more modern touches. And to make sure it’s keeping its edge, Michel Roux brought in Steve Groves – winner of MasterChef: The Professionals in 2009 – to be the head chef. It was a canny and brilliant move. After all, how better to know how competitive a chef is than to test them in a literal competition. 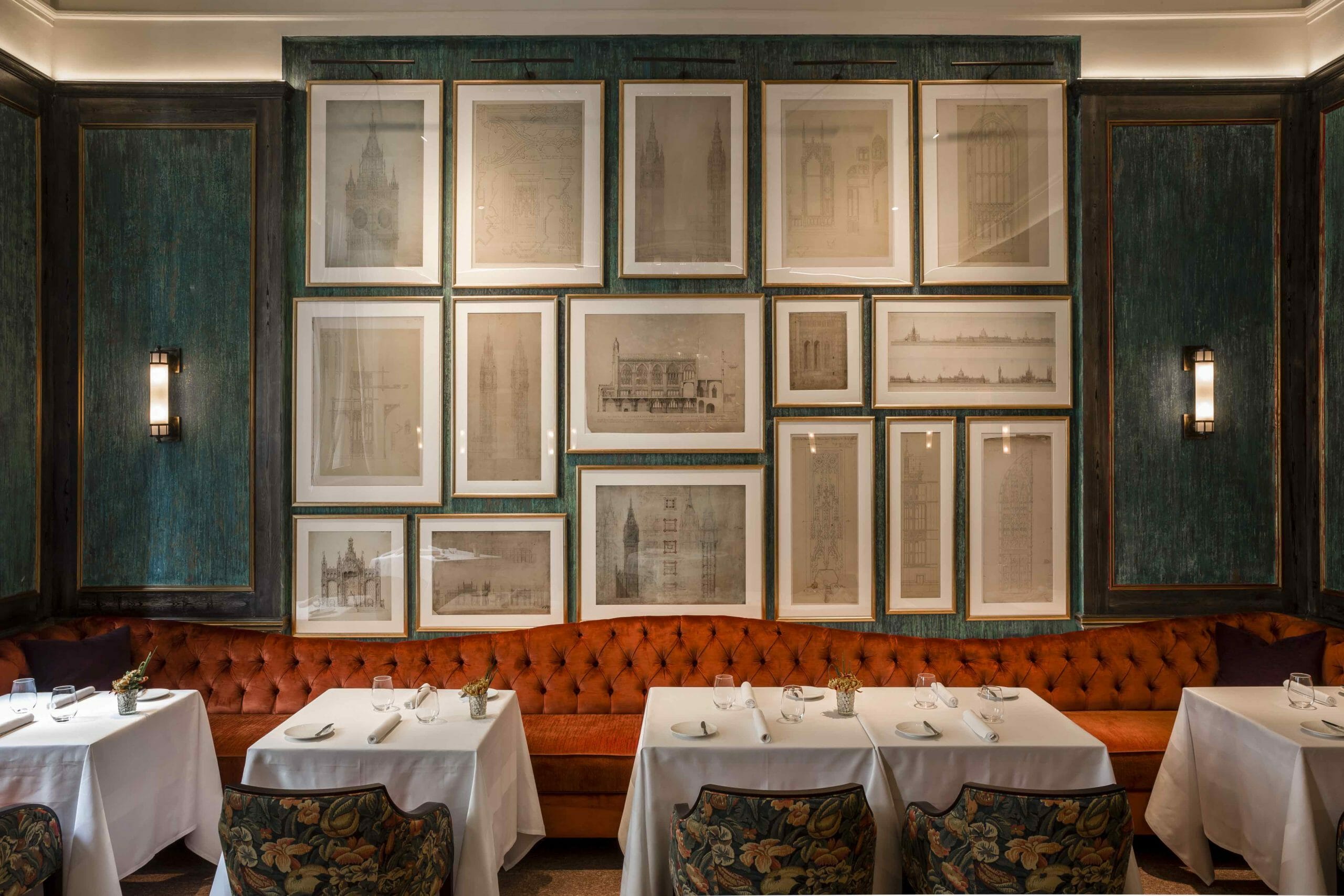 As for the restaurant itself? You’ll find it in a Georgian building in the shadow of Big Ben. It’s all very plush, and old school (the architect was Alfred Waterhouse, whose other hits include the Natural History Museum) but there are occasional 21st century flourishes, like the wood panelled walls which have been painted with a kind of faded watercolour green pattern.

The food likewise follows the path of upscaled tradition, with the likes of Chalk Stream trout punched up with mandarin & caviar; or some tuna with furikaki (a spicy Japanese seasoning) and pickled carrots. The larger dishes include venison with white beetroot and Roquefort; and a classic suckling pig with Jerusalem artichokes and quince. And for dessert? A ridiculously rich souflee with caramelised banana, butterscotch, and peanut butter is never a bad choice… unless it’s over the Madagascan Manjari chocolate with milk & honeycomb.

There are cocktails, The wine list is – as expected – all Old World, and includes a couple of Roux family vintages of red, white, and sparkling.

NOTE: Roux at Parliament Square is open on weekdays (closed Saturday & Sunday). You can find out more, and make a booking at their website right HERE.

Want to see the next generation of Roux restos? Check out Caractere.